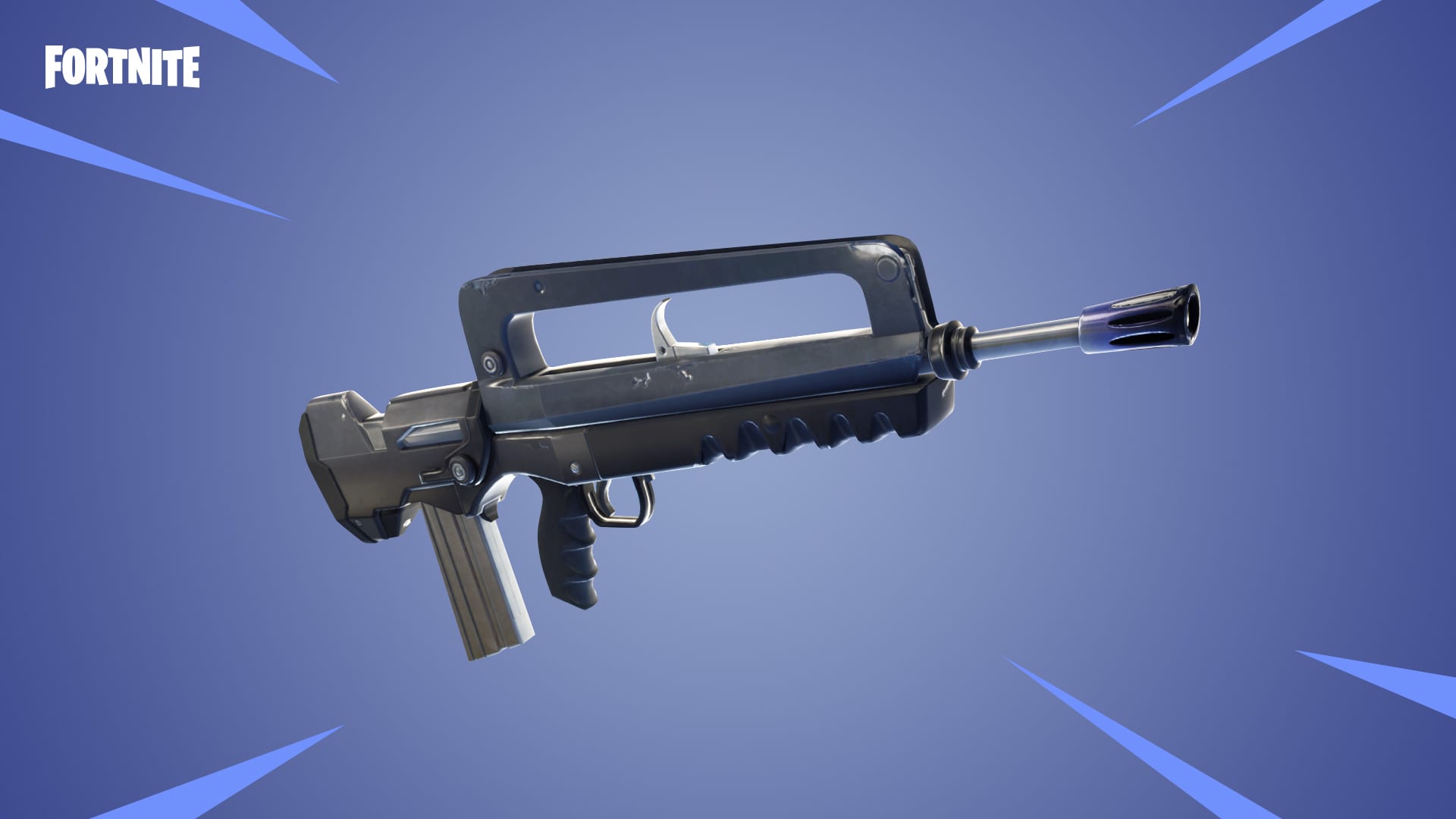 The latest update for Fortnite is called update 4.2 and has been rolled out right now. Epic games has revealed all the new items and game changes that have been made. This includes the new Fortnite Burst Assault Rifle. 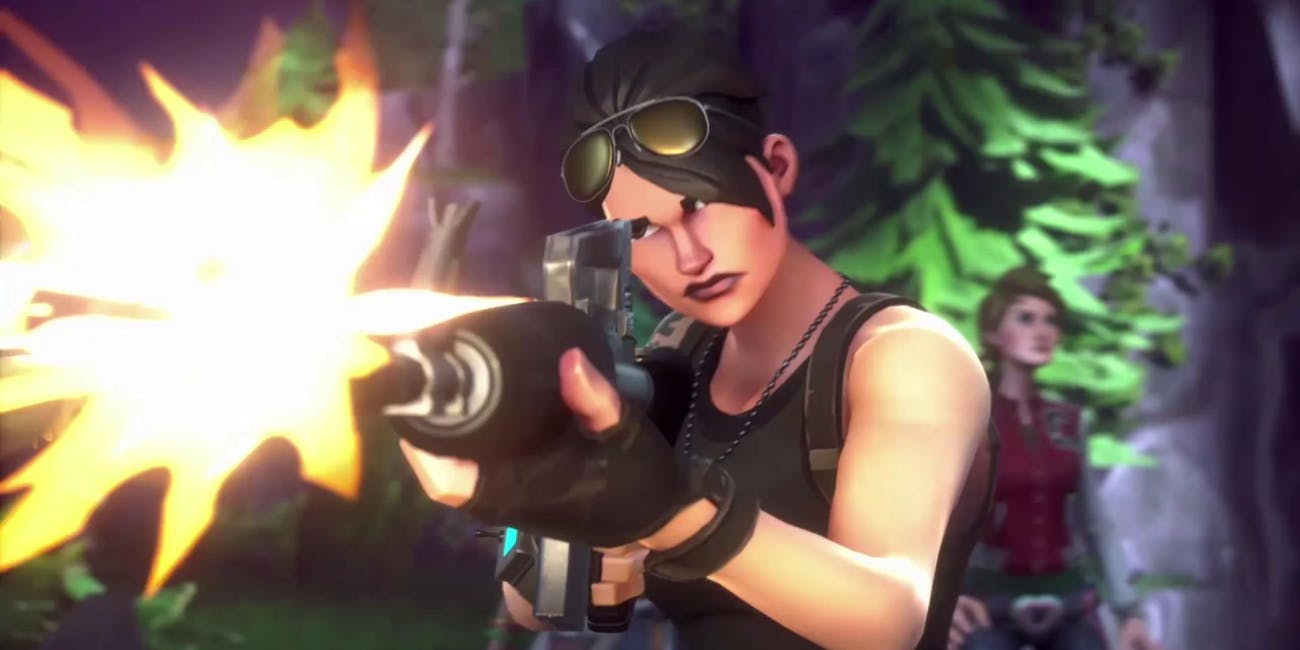 This patch will also players to complete all of this weeks challenges as some were having trouble getting the watch replay challenge.

The burst assault rifle looks very much like the Famas which is one of the staple guns of CS:GO and many other fps games.

This new assault rifle will drop in Epic and Legendary rarities and can be found in regular floor loot spots. They will also be in Chests, Vending machines and in Supply Drops as well. It will do 32/33 damage per shot hit and uses medium ammo just like the other assault rifles already in the game.

Apples will also start popping up around the base of trees which you can pick up and eat. Eating these grants you 5hp. This may not seem like much but if you have only managed to heal yourself back to 75hp with bandages then these can help get you back to full hp. These will only be found near certain trees so make sure you take note as to which ones drop them. Don’t knock them till you try them! 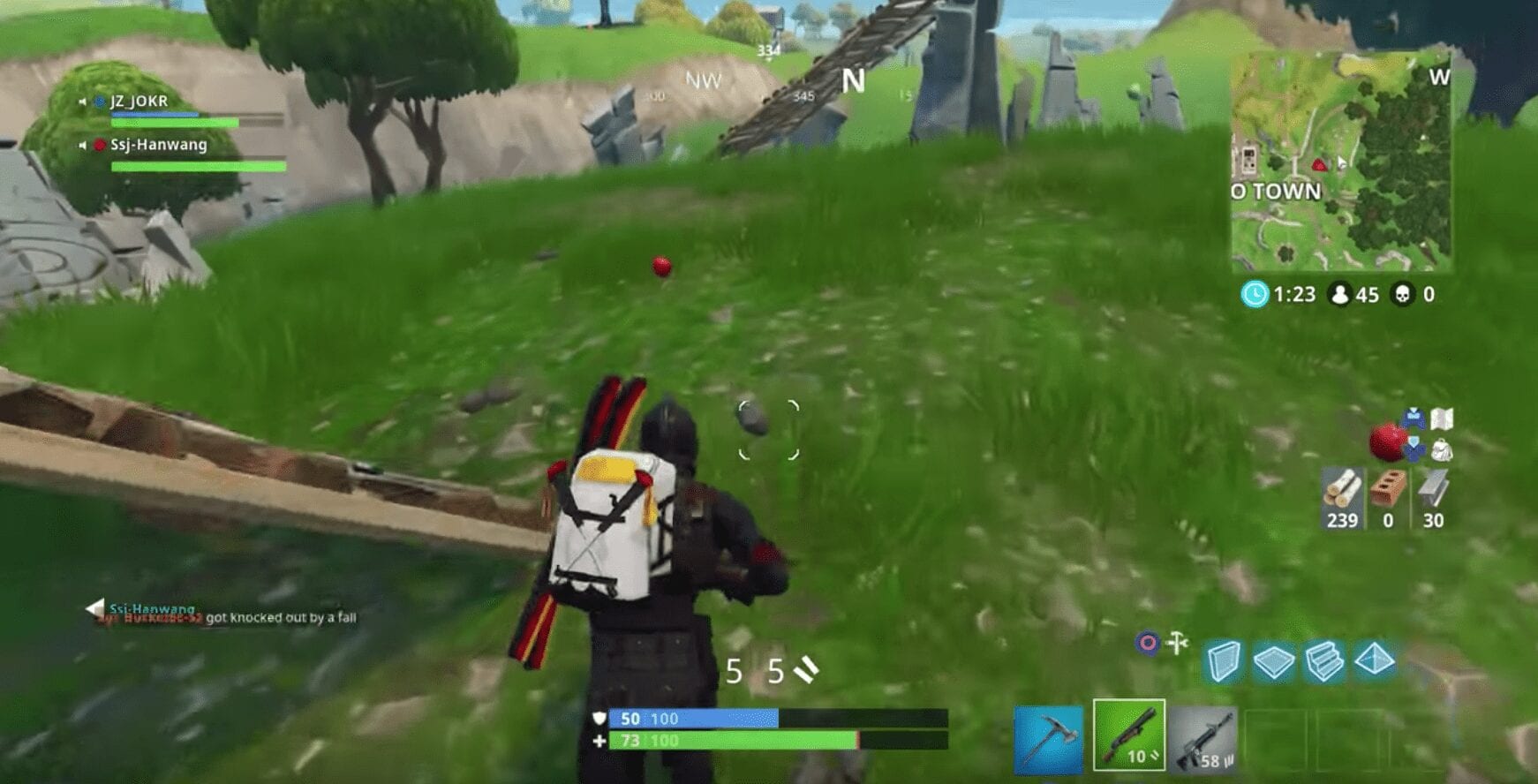 The suppressed sub machine gun has also had a little buff which makes it slightly more viable than it was before. Previously this gun has only been useful for getting that first kill when everyone is still landing and trying to get a useful weapon. It might now prove more useful as its damage has been increased by 3 and its accuracy reset speed is increased by 25%. 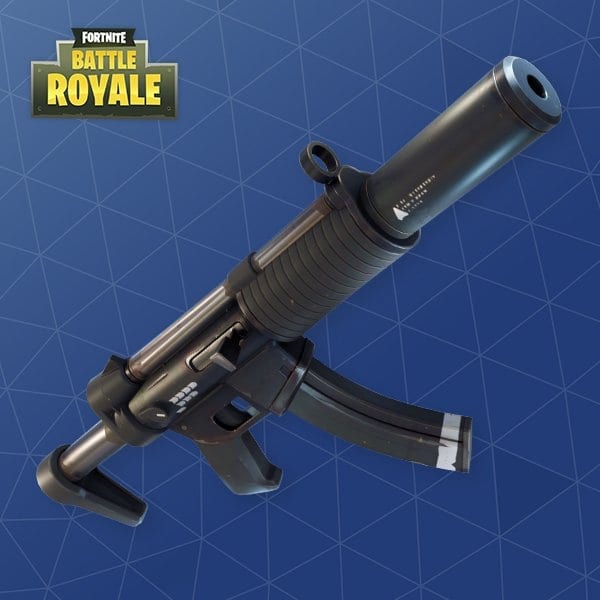 Damage traps damage also now only do 75 damage instead of the previous 125 which is great news for people who like to run into houses willy nilly. 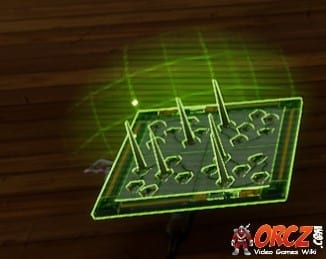 There has also been an update for overall server performance. This should help some issues players have had previously.

FORTNITE ADDICT GETS MASSIVE TATTOO OF HIS FAVOURITE SKIN

These are the only major update for the famous Battle Royale mode however a very cool update for Save The World mode. This is the new Quad launcher which fires four rockets at the same time and can really help you out in a pinch. 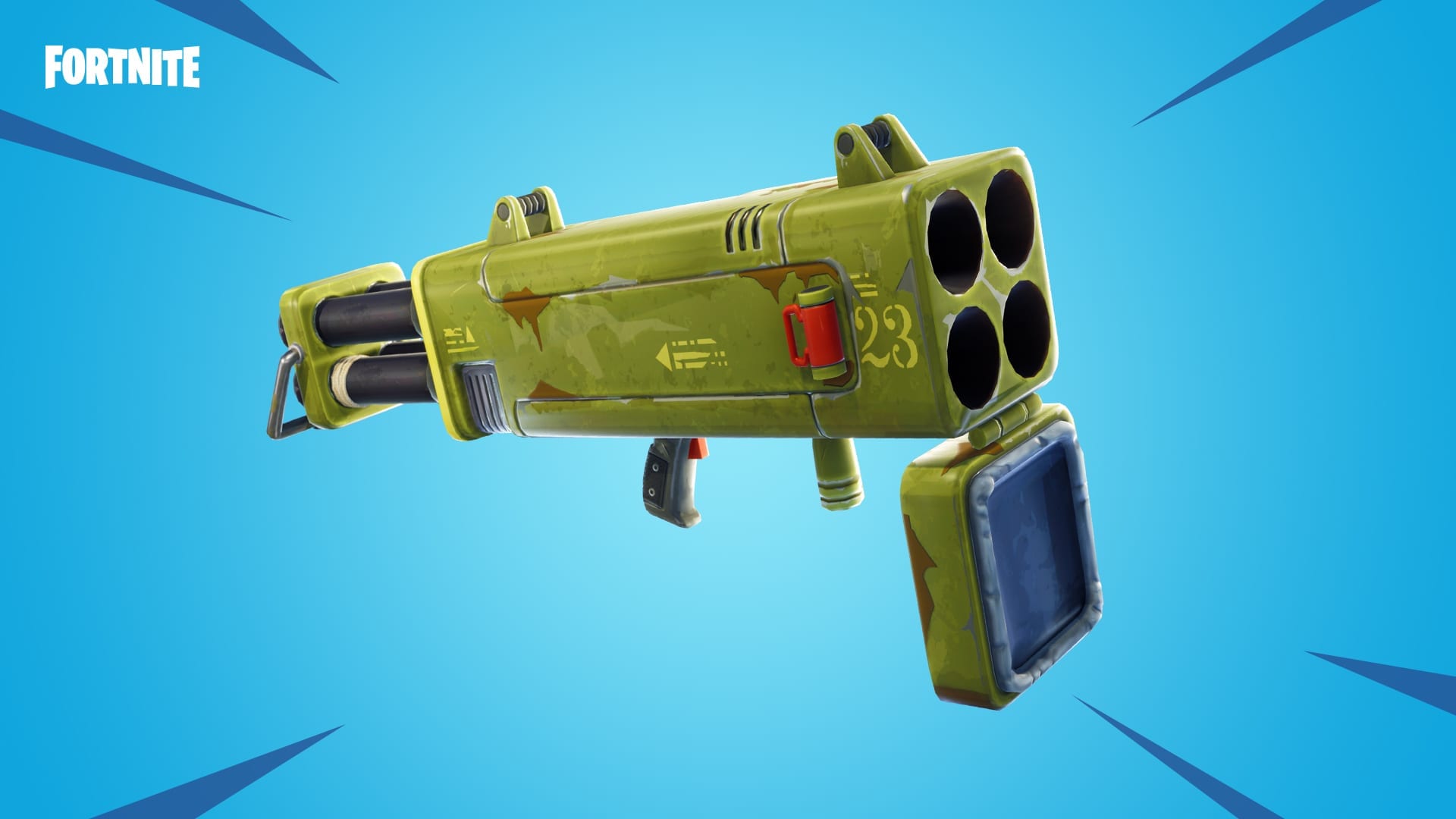 Go get some Victory Royales!

Check out the rest of the patch notes here.