Somebody just got their own custom-created Mario level highlighted on the Guinness World Records website for being the hardest level ever created. This is the Hardest Mario level ever.

The level was made in Super Mario Maker and it is called Pit of Panga: U-Break.

Pit of Panga: U-Break now holds the ‘hardest Mario level ever’ title – here’s a look at why it’s so hard.

The Hardest Mario Level Ever Created 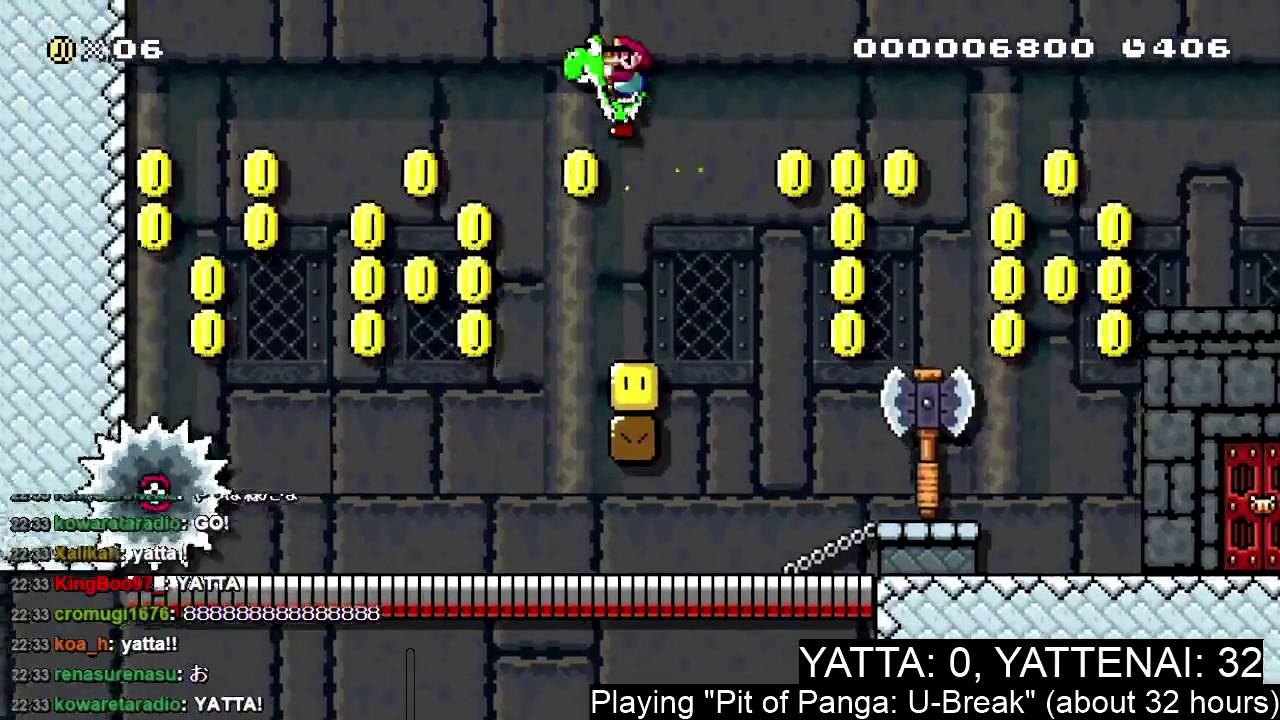 The creator of the hardest Mario level ever is called PangaeaPanga – he is from the United States and he has been making super difficult levels in Super Mario Maker for some time.

In fact, before PangaeaPanga’s most recent world record, he held the title for his previous level called Pit of Panga: P-Break. This latest level, however, takes things to a new, erm, level.

MARIO KART IS COMING TO MOBILE

Trying to explain why this level is so hard might be more difficult than actually completing the level itself. To make things easier for you to understand the insanity of Pit of Panga: U-Break, you can check out gameplay footage of it below. 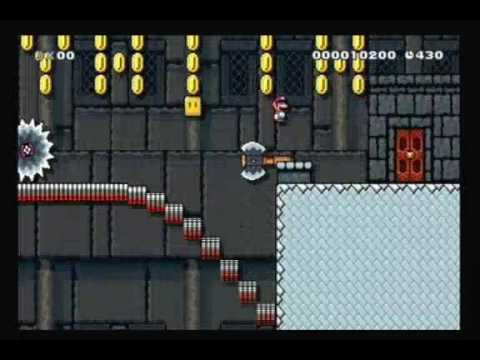 In the video above, the person playing actually managed to complete the level. According to him, it took him 15 to 20 hours to practice it enough to be able to complete it.

Showing you the gameplay footage and describing how long it took somebody to complete U-Break is great, but this information is anecdotal. For the level to claim the ‘hardest Mario level ever’ award, it needs to qualify for a number of things.

Whilst Pit of Panga: U-Break currently holds the title for the hardest Mario level ever, it might lose its title in the future.

There are levels that have a smaller clear rate, but they have not been played more than 500,000 times. If the clear rate holds up by the time they reach 500,000 plays, they could easily take the Guinness record away.

Below I have provided a look at what might just be the top 5 hardest Mario Maker levels known to man. These 5 levels are the most likely candidates to take the Guinness World Record title from PangaeaPanga.

I’ve provided videos and a small description for most of these levels so that you can see exactly why they are so difficult.

Pit of Panga: The Cape Escape 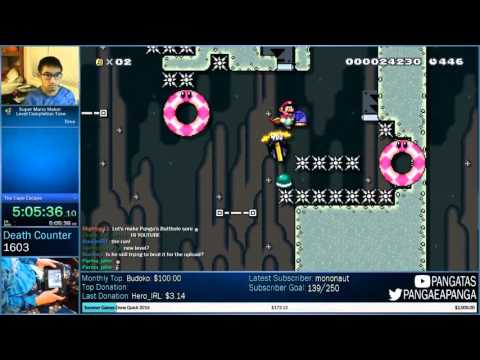 Panga is a devilish map creator – his ‘The Cape Escape’ level is currently proving to be one of the hardest levels in the world. Right now, it only has a clear rate of 0.009% – this gives it a slightly easier challenge than U-Break, but if the clear rate goes down it could take the record in the future. 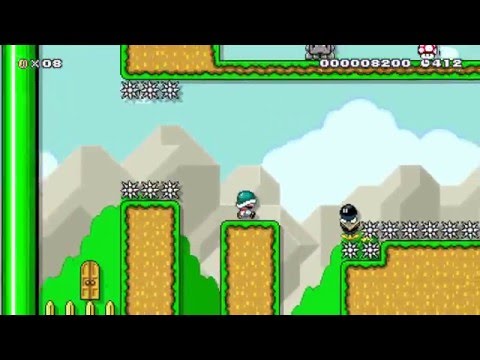 This isn’t the kind of name you’d expect for a Super Mario level, but it explains the difficulty of this level perfectly.

One of the reasons why this level is so hard is because it’s just so long. You have 7 minutes of continuous playtime during which one small slip up could send you right back to the start.

Created by ChainChompBraden from Canada, this level currently has a clear rate of just 0.0072%. This level only has 248,000 plays, so we have a while before it can claim the world record.

My Little Kaizo: Spin is Magic 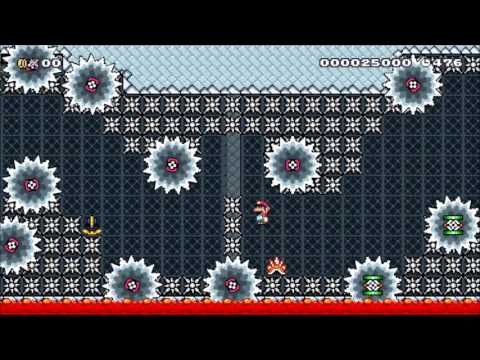 This next level was created by Wariuzzo from Italy. It currently has a 0.006% clear rate, but with just 163,596 plays, it still has a long way to go before it can take the world record title.

This level is actually very short but to complete it you must make a series incredibly well-timed jumps all of the way through. You never get a break from the frame-perfect jumping until the level is over. 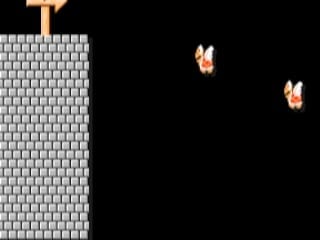 This Japanese Mario Maker level is one of the most played levels of its kind. It actually has enough plays to qualify for the Guinness World Record title, but its clear rate is 0.08%, making it just slightly easier than Panga’s U-Break level.

With the name being in Japanese, I struggled to find out much information about this level, but you can see the stats for yourself here. 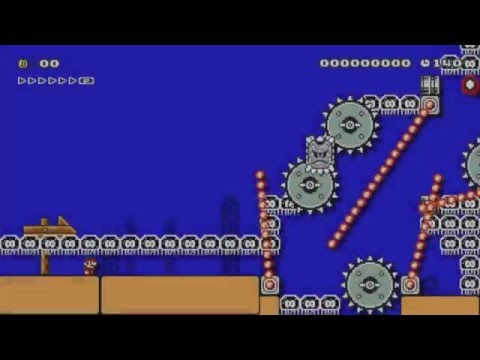 Swim: The Musical technically qualifies to take the world record spot from U-Break. Made by Vellhart from the USA, this level has a clear rate of just 0.004% and it has been completed over 1.6 million times.

The reason why Swim: The Musical has managed to get the clear rate it did is because GameGrumps did a video on the level. This helped the level to blow up in popularity and many causal Mario Maker players tried it once and then quit.

The level is actually quite simple in comparison to U-Break. Swim: The Musical is an underwater level filled with traps but the secret to completing it is to press the jump button to the beat of the background music.

To clarify, Swim: The Musical is still incredibly difficult. You can see it being played by GameGrumps here. 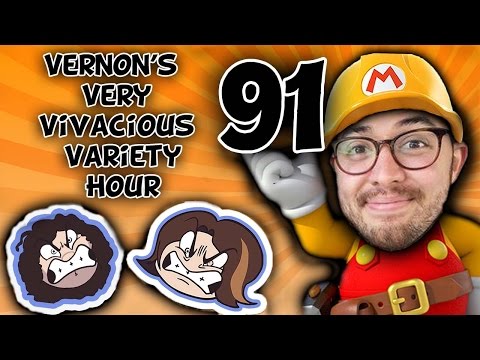 What are your thoughts on these insanely difficult levels? Do you think you’d have the patience to spend dozens of hours learning how to complete one of these levels? Perhaps more impressive is the fact that people spend weeks creating levels that are so difficult in the first place.