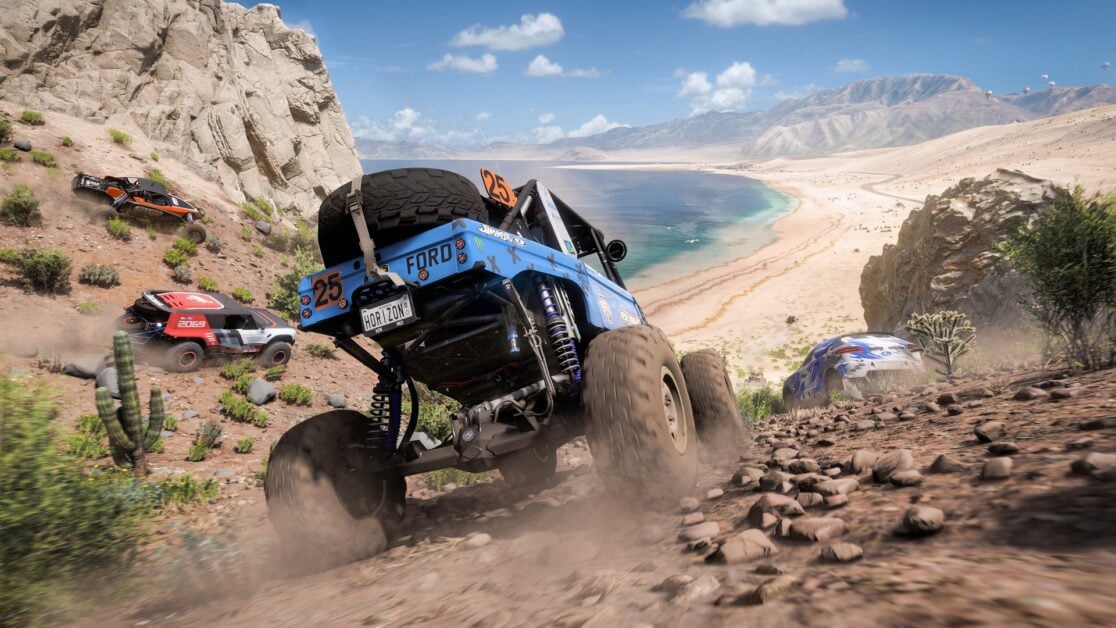 Forza Horizon 5 is already the highest-rated new video game of 2021. That’s at least according to aggregate websites.

Open-world racer Forza Horizon 5 was only released this week (at least for those that didn’t buy the standard edition) and it’s been met with critical acclaim from fans and reviewers alike.

At the time of writing, Forza Horizon 5 has a critic score of 91 on Metacritic. Furthermore, on OpenCritic it has an almost equal score of 92 from critics. This means that currently, the new open-world racer is the highest-rated new video game this year.

However, in terms of being the highest-rated game on Xbox, that crown belongs to Hades which sits at the top of Metacritic’s Xbox charts with a score of 93.

What do we think of Forza Horizon 5?

In our review of Forza Horizon 5, we said: “the variety in activities, as well as care and attention put into its mechanics and world, makes Mexico such a delight to explore. It’s most certainly the best game in the series, and could well be the best game on Xbox right now.”

Forza Horizon 5 became available on Xbox yesterday for those that own the Premium Edition. For everyone else (including on Xbox Game Pass), it will release for PC, Xbox One and Xbox Series X|S on November 9th.

Have you played Forza Horizon 5 yet? If so, we’d love to hear your thoughts on the game across our social media channels.