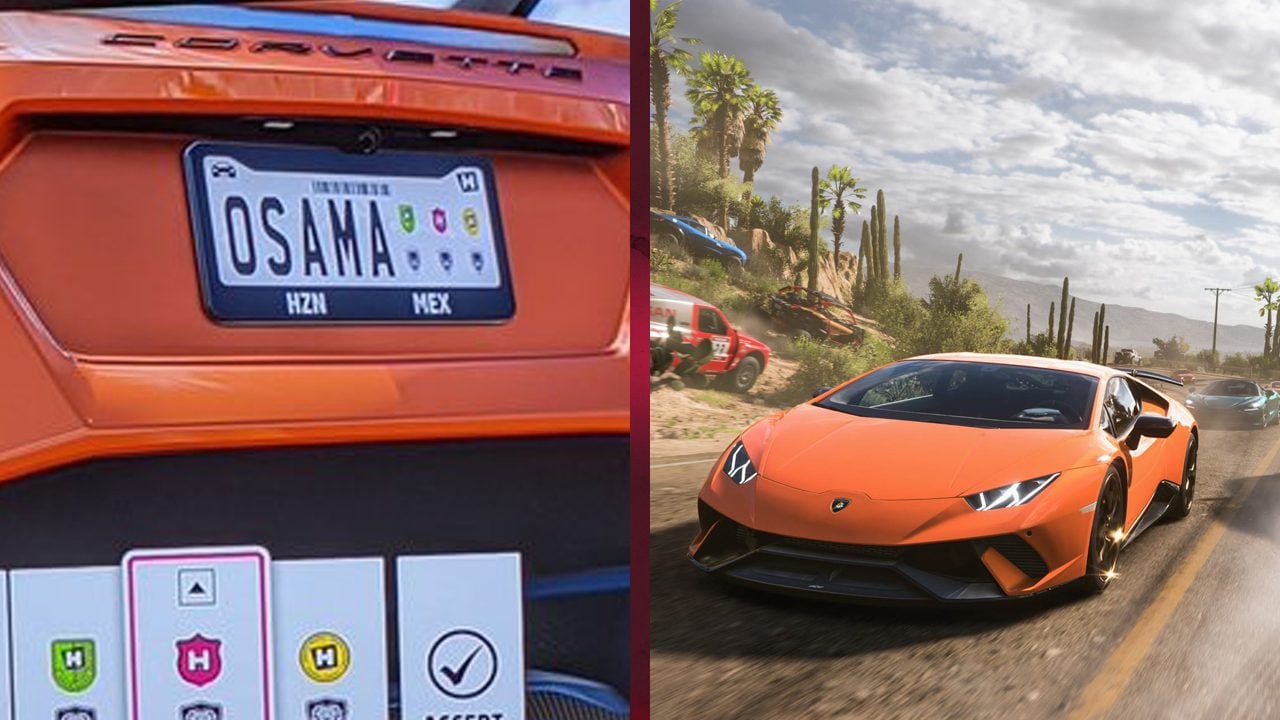 Forza Horizon 5 seems to have a language filter in place that is banning players from using their real names.

Forza Horizon 5 officially launched yesterday, already hitting a million players thanks to early access. But some players are discovering they can’t use their real names in the game due to “inappropriate content”. In Forza Horizon 5, you have the ability to customise your license plate however you like. But that’s clearly not the case for everyone.

Game designer Osama Dorias posted shots of him trying to use his first name as his license plate. He was met with a message that reads “Inappropriate content. You specified something that was blocked by the language filter. Please try again.”

Dorias wasn’t the only person who faced this problem. Twitch partner and localiser Nazih Fares faced the same issue when he tried to use his name for his license plate. Fares even went so far as to show a picture of his own driver’s license to prove it’s his real name.

The fact that Fares felt like he needed to go to that length shows how frustrated he must feel, and how often it must happen.

It’s incredibly disappointing to see this from Playground. The game includes an incredible sign language feature for hard of hearing players, something that is incredibly inclusive. But inclusivity means making sure that everyone is able to play the game the way they want to. Forza Horizon 5’s language filter shouldn’t prevent people from using their real names.

It’s particularly uncomfortable because they’re both Arabic names. We shouldn’t be at a point where a language filter is doing these things, and more care needs to be put into making sure this doesn’t happen.