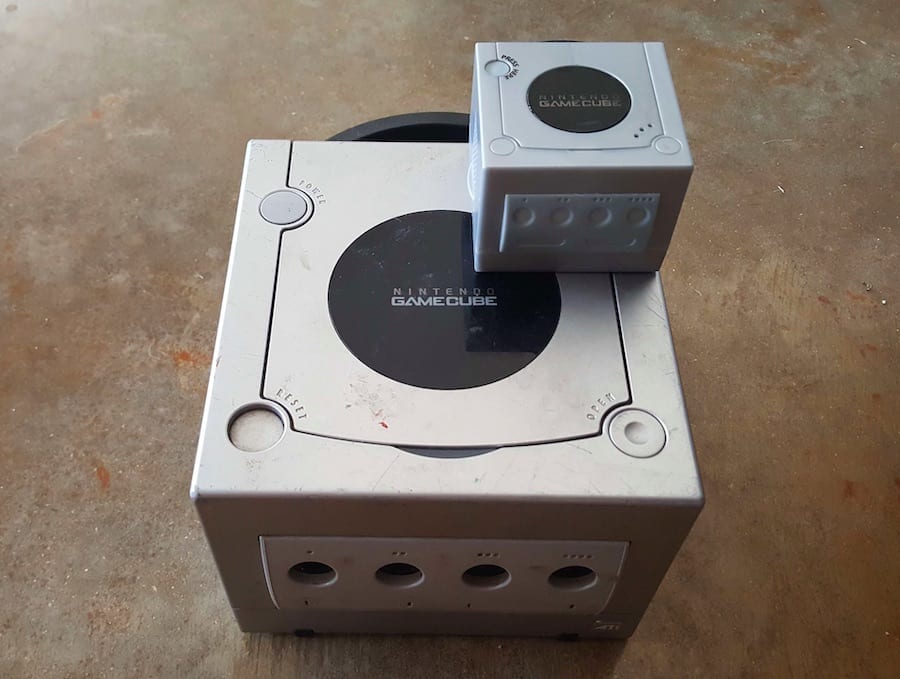 The last few years have seen the gaming community on a serious nostalgia kick, and when remakes and remasters stopped cutting it, the likes of Sony and Nintendo turned to something a little more authentic.

Nintendo’s NES Classic and SNES Classic, miniature versions of the original consoles, launched to outstanding demand from fans thanks to the huge nostalgia (though Sony’s PlayStation Classic failed to impress with its lacklustre choice of games).

Unfortunately, it’s all been quiet on the mini console market for a while now, after rumours of a Nintendo 64 Mini were debunked by the company.

In lieu of any official tiny consoles coming anytime soon, one creative gamer has found a way to create their own.

YouTuber Madmorda has managed to make a fully-functional teeny weeny version of the iconic Nintendo GameCube, and it’s everything I never knew I needed.

Posting a video of the success to YouTube, Madmorda explains that the build was completed using a gummy candy case and a Nintendo Wii.

Check out the video in all its glory below!

Delving into more detail about the creation over on BitBuild, Madmorda writes: “Okay, okay, it’s not really a Gamecube, it’s a Wii.

“The idea of having a mini Gamecube has been around for quite a while, and once I even went so far as to see how small a GC motherboard could be while keeping it to scale.

“Obviously I’m glad I didn’t make it because I discovered this wonderful forum and the much smaller Wii motherboard instead.”

The unbelievable creation will take a lot of time and effort, says Madmorda, who admits that finding the gummy candy case was a stroke of luck, but the build is seeing a huge amount of love online. Really, it’s no surprise!