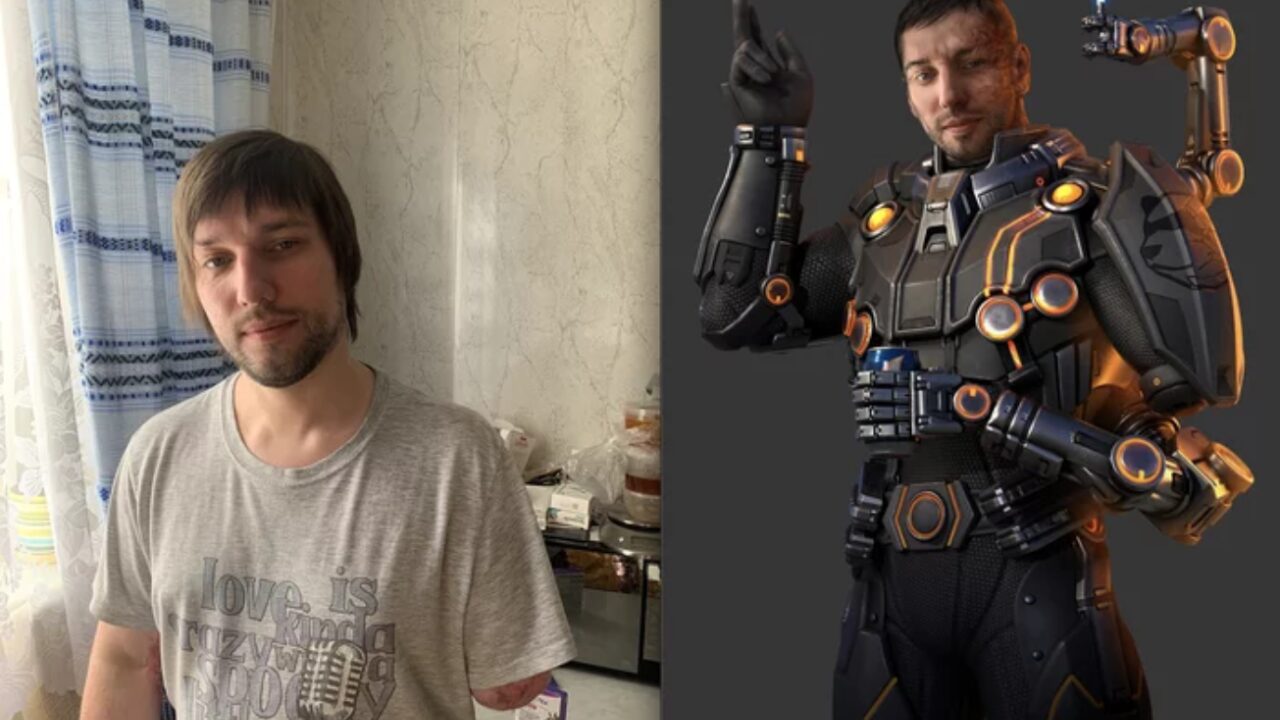 Andrey Kvasov, who works for Pixonic Games, lost his arm, a finger on his other hand and an ear. After returning to work only four months later, the studio asked Kvasov if he wanted to appear in the studio’s mobile title, War Robots. Released in 2014, War Robots is a third-person shooter with real time PvP battles.

Pixonic added Kvasov to the game during Summer last year. His character, who also had prosthetics, had a backstory written into the game that involved him being a veteran.. Kvasov explained his character’s origins on Pikabu:  “I am a veteran of the DSC faction who went through many battles. In one of the battles, he covered a friend and almost died. My comrades saved me, but I lost my hand.”

Pixonic added Kvasov’s character to the game’s battle pass. This meant players had to pay money in order to play as him. Little did Kvasov, and the community, know, Pixonic planned to use the funds from the battle pass to fund a prosthetic for Kvasov.

Following the purchase of the prosthetic, player’s ingame were made aware of the cause. “Each pilot owner received a free buff and a notification that the money invested in this activity went towards buying a prosthesis for a real person. The players were very welcoming of the news and I received a lot of kind words,” commented Kvasov.

With his new prosthetic, Kvasov has been trying to get back to normality: “I go to the gym twice a week and do karate once a week (the lack of an arm doesn’t prevent me from spinning).” Kvasov added: “I work, I play games. By the way, there are enough devices on the market today that give a full gaming experience even to people who can’t play like most people.”