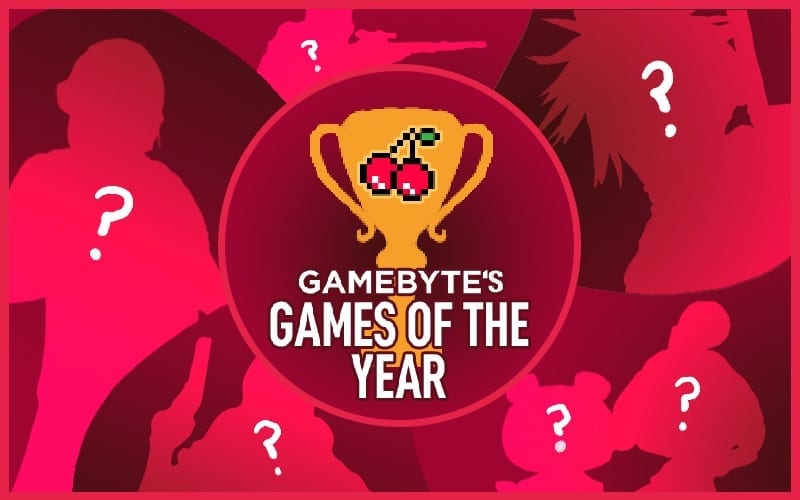 2021 huh – what a wild year. As the year finally approaches its end, we’re left reflecting on all the brilliant game releases that have occurred in the last 12 months. From us here at GameByte, we’ve come up with a shortlist of our favourite video game experiences that have launched this year. Maybe you agree with us? And if not, let us know what we’ve missed!

Halo Infinite didn’t have to do much to cement itself at the top of my GOTY list. As a life-long fan of the series, Infinite could have just handed me a Magnum and played a couple of legacy tracks from the OST – it’d be enough for me to shed happy tears. Regardless, Infinite does plenty enough to push the series in a bold new direction, and it’s one that I can’t wait to follow along over the next several years.

And that’s just the campaign. I’ve only poured a few tens of hours into the Halo Infinite Multiplayer so far, but it’s already made me squeal with glee more times than I have in the last year. We finally have a multiplayer arena shooter where brains come firmly before brawn. Of course, decent aim will still serve you well – but nothing nails the feeling of outwitting your opponents quite like Infinite. Sure, the progression system needs work. But when you find yourself creasing with laughter even after every death, you know you’re playing something properly special.

If you’re reading this article, chances are you have at least a vague interest in games. Honestly, I’d even be willing to put money on the fact you have a particularly treasured memory surrounding video games – a feel good story that warms your soul like a good cup of coffee on a snowy Winter’s day.

For me, my love of gaming blossomed from the late nights spent hiding under my duvet covers playing Pokemon, way past my bedtime. I’d play early into the morning, with the faint snowy glow of Snowpoint City shining from my pink Nintendo DS screen and the tinny chimes seeping through my £2 headphones. Hey, I thought I was being sneaky.

Perfectly predictable for anyone who knows me, my GOTY is, without a doubt, Pokemon Brilliant Diamond and Shining Pearl. These remakes, while not without their flaws, are the most fun I’ve had with a Pokemon game in a very long time.

As the oh-so-familiar crunch of footsteps on Route 216 fill the air, the first snowfall of this dark year falls gently outside my tiny flat window. Brilliant Diamond and Shining Pearl were a perfect comfort in a not-so-comforting year, and that’s all I ever wanted from these remakes

I don’t care what anyone says, Deathloop is basically Dishonored 3 in my eyes. All the pieces are still in place; a diverse number of powers, non-linear sequences, and plenty of ways to exploit the clockwork nature of the NPCs that inhabit Blackreef Island.

Arkane builds an entire circus of different possibilities with the dedication to its time loop premise, allowing you to creatively unravel solutions to every puzzle and figure out the best way to perfect the loop. I’ll definitely be revisiting this title again for years to come – just as I have with the Dishonored games – and will point to it as a fine example of how to build up a non-linear narrative structure.

A rollicking sci-fi adventure that reinvented the RPG and set in motion an entire trilogy of critically acclaimed games, Mass Effect is a game almost as beloved as Percy Pigs in the candy world. It’s got spaceships, it’s got cool music. The aliens? You can make love to them. And by god, did I mention the spaceships and the cool music? I tell you, it’s a game for the ages.

But, perhaps, not entirely ageless. Mass Effect has a fair few wrinkles under the eyes these days. It needed a bit of a spit and a polish, y’know? So in rolled Bioware with Mass Effect Legendary Edition, a complete remaster of the trilogy. The whole ruddy thing had been overhauled, so now you could play these ageing gaming masterpieces with 4K visuals, completely rejuvenated graphics, and a slippery smooth 60FPS.

Picking back up with Mass Effect after all these years genuinely moved me to tears, and I played the entire game through in a few sittings, even snatching the Platinum trophy on my trusty PlayStation. I can’t wait to do the same with Mass Effect 2 and 3 when I get the time, and I’d implore you all to do the same if you haven’t already. This is video game royalty, resurrected from the dead with all the bells and whistles of modern hardware, and it’s truly a joy to behold. Bombastic, moving, beautiful.

I asked if I could list multiple games and was told no. So I had to think long and hard about what I voted for. It Takes Two was a joy to play and a genuinely great co-op experience. Scarlet Nexus and Tales of Arise delivered high quality JRPG experiences and Final Fantasy VII Remake Intergrade made my game of the year for 2020 even better with a DLC that intrigued me from the get go and made me excited for the future of the FFVII universe.

Throw in countless hours spent FFXIV and Football Manager 2022 and it’s a tough year to pick a winner. However, only one game told an intriguing tale of murder, bullying, school drama and gang warfare (and that’s just scratching the surface), bundled up with OTT ridiculousness one minute and gripping seriousness the next. That game is Lost Judgment.

It features the combat that the Yakuza franchise became infamous for until Like A Dragon, as well as side missions and activities to keep you entertained even if you ignore the main story. Sure it has its shortcomings (I’m looking at you chase sequences) but Lost Judgment dug its hooks into me and didn’t let go until the end.

Every time I boot up Solar Ash, I look at it and think, ‘man, games can just look like this now!’ It is easily one of the most visually ambitious games of the year, and pulls it off masterfully.

Compared to Heart Machine’s seminal first outing Hyper Light Drifter, Solar Ash’s story is less mysterious. But the world isn’t any less inviting. I searched every nook and cranny for the various secrets you can find across the clouds of the void just because the mere act of exploring was exciting.

Movement in the game is near flawless, the natural conclusion of the foundations that Jet Set Radio laid down all those years ago. Solar Ash is a game that begs you to speedrun it, and the case it makes is maybe the most convincing since Celeste. In a game that so heavily focuses on death, there’s no release this year that feels more alive.

I was torn between Forza Horizon 5 and Life is Strange: True Colors. But my gut instinct says Resident Evil: Village. Is Village the best game in the series?Probably not. Yet, with its combination of RE4 and RE7, Village had a little something for every Resi fan.

In hindsight I would have preferred Village to be scarier. However, that’s not to say that Village didn’t have its genuine moments of horror, because we all remember that baby scene. Urgh, it still gives me shivers down my spine.

Furthermore, the fact that I blasted through its campaign three or four times within its first few weeks of release, shows how much fun I had with Resident Evil Village. Not to mention it had the returning Mercenaries mode to enjoy. And with the promise of DLC on the way, I can’t wait to jump back into this horrific village in 2022.

I remember an interview with It Takes Two’s creator, Josef Fares, in which he said he was disappointed that only 51% of players finished his previous game, A Way Out. He went on to be fully committed to making his new game one that players would love right until the end, and in a gaming scene full of AAA games like Watch Dogs Legion and Far Cry 6, that just artificially increase the game time by adding pointless, tedious fetch quests, I’ve really longed for some shorter games, that are just fantastic from start to finish. Fares really achieved that goal with It Takes Two.

I grabbed my bestie and we played through together. The game is split into thematic segments, each with their own unique and well designed mechanics that interact flawlessly between the split screen, but are dropped and replaced fast enough that you never get bored. It’s a beautiful, well crafted world full of whimsy and wry, minigames to compete in, secrets to discover, and it’s just by far the best game I have played in a very long time. If you have a partner, a friend or a family member to drag along, I can’t recommend it enough. And don’t forget, only one of you needs to own the game – the other plays for free!

Guardians of the galaxy – ben williams

Thinking about Marvel’s Guardians of the Galaxy long after my second playthrough, I still feel a chill down my spine that I’ve not felt with a superhero title since Insomniac’s Spider-Man in 2018.

Whether you’re new to the Guardians’ franchise through the MCU, comics, or this is the first time you’ve met Peter Quill and his band of rogues altogether, this is an unforgettable space adventure for all. Through the magical medium of gaming compared to other mediums, this thrilling action-adventure narrative is given a proper chance to breathe as an emotional roller coaster. As a result, the hard-hitting arc of each character is a joy to watch – all whilst interwoven with wonderful banter and heartwarming humour.

What’s more, the combat is an absolute blast. Despite only technically playing as Star-Lord himself, the leadership-style gameplay of utilising each team member’s talents adds to an experience that’s as rewarding as it layered. The cherry on top: its exquisite soundtrack encompassing an array of electrifying 80’s hits along with original songs. .

All in all, this is the best take on the Guardians of the Galaxy yet, as well as being the most wonderful surprise of 2021.

The games that may not have been our shining star this year, but were still substantial enough that we can’t go without at least mentioning them here.