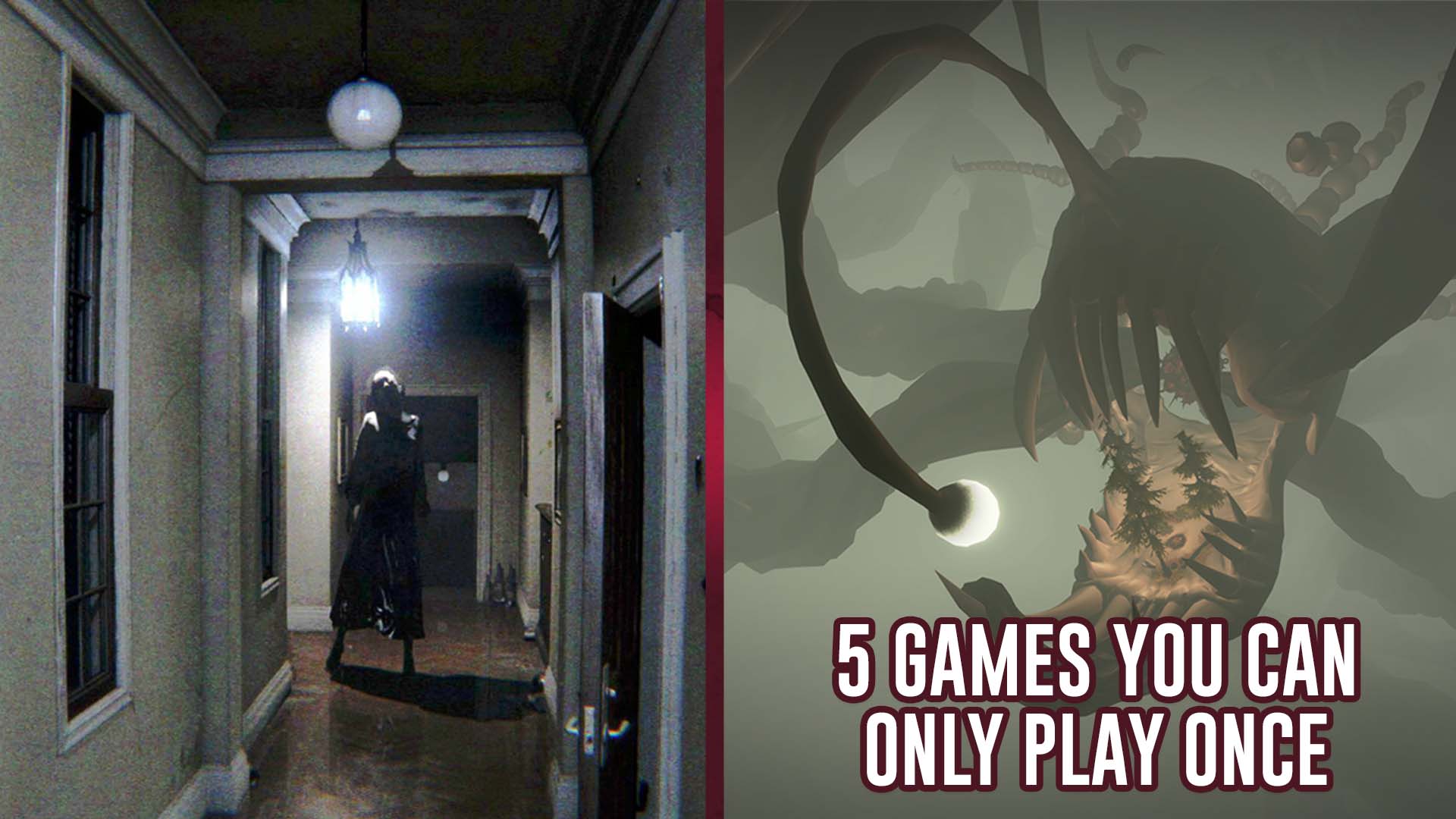 Especially in the age of live services, video games are designed to either keep us playing for as long as possible, or to be replayed. With the asking price of most AAA games creeping upwards, it’s only fair that gamers ask for some replayability in their titles.

However, there are some games out there that either benefit from only being played once. In fact, some games are impossible to play through a second time. Here are 5 games that you can, or should, only ever play once.

If you’ve never played Outer Wilds, I’m incredibly jealous. Not because I had a bad experience with the game – far from it. No, I’m jealous because once you complete Outer Wilds it’s impossible to reset yourself back to square one. Outer Wilds is a time loop game in which you’re given an entire solar system to explore. There’s not even an objective in the beginning – that’s something that you need to figure out for yourself.

The following 15-20 hours of gameplay sees the player uncovering the mysteries that each of the planets hold. Log entries keep a track of your findings, but the magic of Outer Wilds is that you’re piecing the whole thing together yourself. I’ve never felt more organically in touch with a game world than I have with Outer Wilds. The result is that each new discovery feels genuine.

It’s a puzzle box that, once solved, you can’t undo. Those who have reached the end of Outer Wilds will know that they can never begin the game again from scratch. The solution to the puzzle box is possible within the very first time loop. Unless you’ve got some way of retconning your own memory, Men in Black style, our first experience of completing Outer Wilds naturally will also be our last.

Thankfully, Mobius Digital has provided fans with some respite in the form of a new DLC. Echoes of the Eye gives returning players that same hit of newfound wonder in the form of new mysteries to uncover. Before you get to that, though, definitely make sure that you experience Outer Wilds. There truly is no other game quite like it.

I’m twisting the criteria slightly here, but P.T. is a game that could quite literally only be played once. That is, if you were lucky enough to download it at the time of release. P.T. stood for Playable Teaser and was released during Gamescom 2014 on the PS4. It was a demo of what was to come from Hideo Kojima’s ‘Silent Hills’ project, supposed to be published by Konami.

The project ended up falling through after the relationship between Konami and Kojima broke down in 2015. The ending of P.T. showed Norman Reedus as the star of the project, with the actor later appearing prominently in Kojima’s work on Death Stranding.

However, Konami delisted P.T. from the PlayStation Store in April of 2015 with the cancellation of Silent Hills. Not only did Konami remove the demo from the store, it also made it impossible for anyone to redownload it, regardless of whether it was tied to their account. That means the only way to play P.T. today is to own an original PlayStation 4 with the game still installed. The demo was apparently installed over a million times while it was available, but consoles with the game installed are incredibly rare and selling for hundreds online.

Brothers: A Tale Of Two Sons

You might not have heard of Brothers: A Tale of Two Sons, but you’ve most certainly heard of its creator. Josef Fares is widely known for his most recent work on A Way Out and It Takes Two, the latter of which was just nominated for GOTY at The Game Awards 2021. Oh, and you’ll of course recognise him from his infamous slating of the Oscars not too long ago.

Before Fares became quite the eccentric auteur, though, he worked on Brothers: A Tale of Two Sons. Brothers is played from a third person perspective that looks down upon two brothers. You control each of them simultaneously, each stick controlling one of the two. Each character has their own abilities. For example, the older brother is strong and can pull levers, while the younger one is nimble and can fit through tight spaces.

This unique control scheme is crucial to the impact of the narrative. Towards the end, the older of the two brothers dies after being fatally stabbed by an enemy. After this point, you only need to control one of the brothers after using both sticks for the entire game. You immediately feel as though you’ve lost something in the character’s death with one of your hands sitting useless on the controller.

It’s for that reason that Brothers: A Tale of Two Sons is best played just the once. The twist simply won’t have the same gravitas that it does the first time around on multiple playthroughs. Still, it’s one of the most cohesive tie-ins of gameplay and narrative that I’ve seen to date.

Again, I’m twisting the definition here slightly. Personally, I can only imagine that you’d ever want to play Sekiro: Shadows Die Twice just once. You wouldn’t think that would be the case with Sekrio being in the vein of Soulsborne games. FromSoftware titles are usually designed to be replayed with different character classes. However, Sekiro takes a much more linear approach which makes it less replayable than others.

To start, it does away with classes and skill point allocation in favour of a skill tree system. You spend your time in Sekiro unlocking new movesets to gain new ways to approach enemies. A second playthrough might change the order in which you unlock these abilities, but it won’t vary up the gameplay loop as drastically as in Dark Souls or Bloodborne.

In addition, there’s only one set of weapons for you to learn in Sekiro. Other Soulsborne games will let you choose to build a character around several different weapons. Sekiro’s focus is more on honing a player’s skill, meaning that the main progression is to simply better your own skill.

Of course, you could leave the game alone for a long while and hope that your muscle memory subsides. But if you’re someone who likes to jump right back into New Game Plus, you’ll find Sekiro a disappointing option.

In the same vein as Outer Wilds, The Witness is an intricate puzzle game. It’s set on a gorgeous island with a bunch of digital panels. These contain an absurd number of puzzles for the player to complete, ranging from relatively easy to outright impossible.

Well, I say outright impossible – once you figure out the knack for each puzzle theme, they’re not actually that complicated. However, for much of The Witness, each puzzle has a definitive solution. You can easily look up a guide if you’re stuck, and it’s easy to remember certain solutions upon subsequent replays.

The game does get more interesting in its final stretch, however. A run of puzzles leading the conclusion takes the puzzle formulas you’ve been getting used to and randomises them. This forces the player to properly focus on the task at hand, leaving no room for googling the answers.

The final stretch of The Witness is its most interesting, but replying the main chunk of the game won’t be as satisfying on a second run. Treasure that first time feeling of success – you won’t be able to replicate it quite the same again. To be fair, that’s good advice for pretty much any game these days.

What are some other games that you think can only ever be played once? Let us know across our social channels.