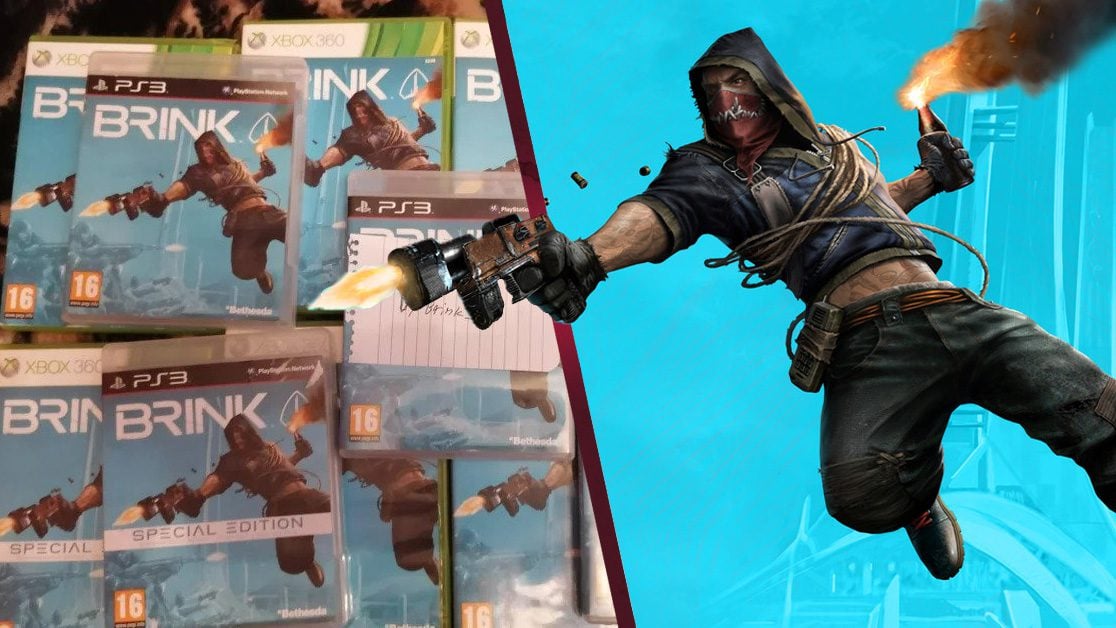 You might not remember Brink, but one fan is going to keep buying copies of the game until Bethesda makes a sequel.

We all have our game that we have an undying sense of commitment to. Maybe you like to buy your favourite game in different languages, or just different covers. Or maybe you’re the person who’s buying as many copies of Brink as they can until Bethesda makes a sequel.

Brink is a first-person shooter that was released in the far off year of 2011, and was generally met with pretty average reviews at the time. It was developed by Splash Damage, a studio that has mostly worked on multiplayer components of games like Gears 5. And it had online components where players could play against one another.

how are they faring?

Whatever the quality of the game might be though, it doesn’t matter to Reddit user Brink_2_. Sharing a post to the Bethesda subreddit a couple of weeks ago, this Brink fan started with a humble Xbox 360 copy of the game. The goal is simple: keep buying them until a sequel is made.

Unfortunately for Brink_2_, that’s pretty unlikely, as the game is over a decade old, having gone free-to-play on PC in 2017. That probably won’t stop them though, as their most recent update from May 29 shows they’ve already acquired 13 copies of the game. That is some real commitment to the bit.

You can even see that they’ve picked up some Special Edition versions of the game. Though whether that even makes a difference these days isn’t clear.

Unfortunately, Brink is one of the titles that Microsoft hasn’t made backwards compatible with the Xbox Series X. As Brink_2_ noted in a comment, they have to drag out the Xbox 360 if they want to play it. Still, with that many copies of Brink, it’s more about the aesthetic than it is the game.

With Starfield delayed to next year, at least this Bethesda story will keep us entertained.