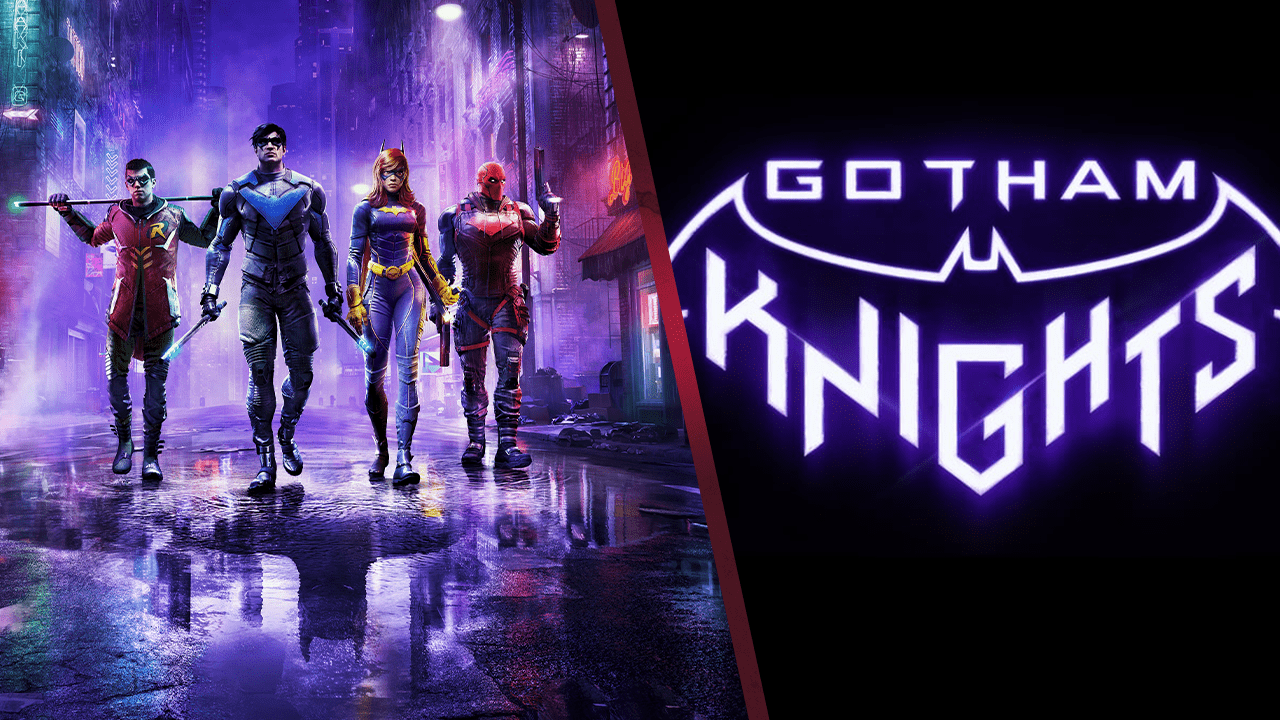 After a long wait since the game’s announcement at the DC FanDome back in August 2020, the release of Gotham Knights is in sight. After recently getting a bigger helping of gameplay via a Nightwing and Red Hood demo, it was also revealed that surprisingly, the PS4 and Xbox One versions have been officially cancelled.

Nevertheless, you can still pre-order Gotham Knights on PS5 and Xbox Series X from £53.96 – ahead of its release date of 25 October 2022.

What is Gotham Knights?

Developed by WB Games Montréal, who also made Batman: Arkham Origins, Gotham Knights is separate from the well-known Arkhamverse. In this version of Gotham, after the apparent death of Batman, a new criminal underworld is on the rise.

With the absence of the city’s Dark Knight, you’ll play as members of the Batman Family; Nightwing, Batgirl, Robin, and Red Hood; stepping in to quell the chaos and bring Gotham to order.

As well as corrupt cops and classic supervillains from Batman’s rogues gallery – like Mr. Freeze and the Penguin – the Caped Crusader’s proteges will be taking on a new foe: the Court of Owls.

Making their comic debut back in 2011, during that same year’s reboot of DC’s continuity, the Court of Owls is a secret criminal society of both the wealthy and influential – ruling Gotham from the shadows since its founding.

Now, as part of this open-world action RPG, Gotham’s Knights will face their biggest challenge yet, as they peel back the layers of the darkest chapters in the city’s history.

In single-player or two-player co-op, you’ll be allowed to choose from these four playable characters – each with their own unique abilities and playstyles. For example, Nightwing/Dick Grayson utilises an acrobatic fighting style and uses his glider, the Flying Trapeze, to get around the city.

Meanwhile, the Red Hood/Jason Todd, uses a more heavy hitting fighting style that also incorporates guns and supernatural abilities, the latter of which being harnessed to traverse the rooftops.

At the Gotham Knights’ home base, the Belfry, you’ll coordinate your operations via the Batcomputer. What’s more, you’ll be able to use the bases’ Workbench to upgrade your equipment and customise your loadout – making sure you’re ready for your next mission.

Where Can I Pre-order Gotham Knights?

On PlayStation 5 and Xbox Series X, you can pre-order Gotham Knights from £59.95 at the GameByte Shop.

Also, if you haven’t signed up to the GameByte Shop as a member yet, you can do so right now to get 7% off your next order!

Furthermore, for every £1 you spend, you’ll start to build up GameByte Loyalty Points, which you can later redeem for even more discounts. Here’s the full breakdown:

Are you excited for Gotham Knights? Are you planning to pre-order the game? Let us know on our socials like our Twitter or Discord server.