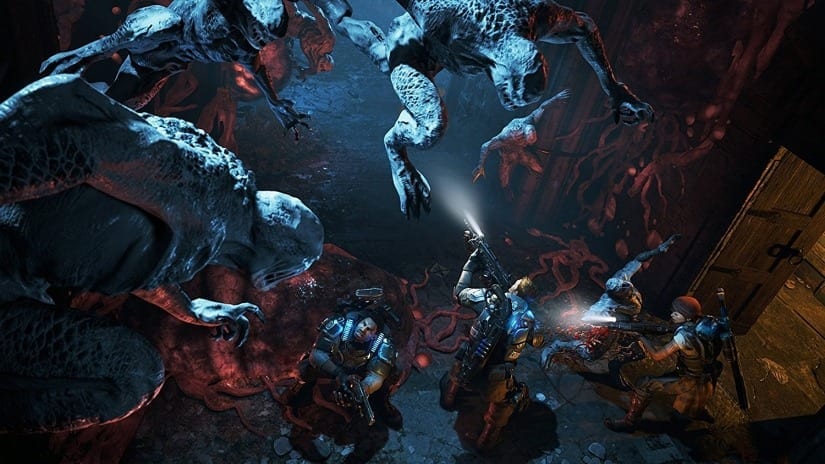 Released this week for those that picked up the Ultimate Edition or for those that subscribe to Xbox Game Pass Ultimate, Gears 5 has been receiving rave reviews from across the board and seems to be a progressive step forward the for series.  However, it’s not just the game itself that is receiving accolades, but also its inclusivity with the LGBTQ+ community.

When playing online, you can unlock a variety of cosmetic items through the Gears 5 Tour of Duty feature and one such cosmetic items are banners that you can proudly display behind your online avatar.  There are various flags that represent your country and your favourite Xbox exclusives, however it’s the 19 flags that represent the LGBTQ+ community that is earning the attention.

The 19 flags represent the various diversities of the community such as Gay Pride, Bisexual Pride, Trans Pride, Non-Binary Pride, Genderfluid Pride and much more.  And before the cynic in you suspects that these flags come at a microtransaction cost, they’re all free and unlockable in-game.  The Gears of War series has certainly come a long way from being all about the muscular meatheads with gravelly voices, to having an interesting new female lead with Kait Diaz.

Are you playing Gears 5 or plan on picking it up next week?  Let us know your thoughts across our social media channels.