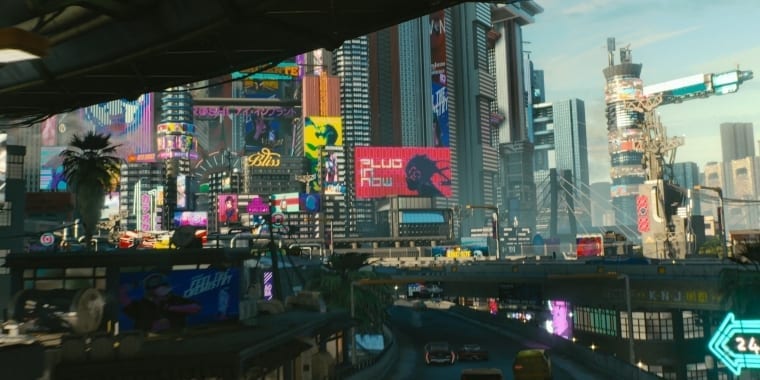 None of us really knows what the future looks like; just look at Back to the Future II’s vision of 2015.  When creating a futuristic videogame or movie, we can only do what we can to get the best and most realistic representation possible.  One such way is to bring in experts that have an added insight as to what the future may look like, and that’s exactly what developers CD Projekt Red have done for Cyberpunk 2077.

Cyberpunk 2077 is set in the fictional city of Night City, a stunning world brimming with danger, diversity and varied social class.  However, to keep in touch as to how that new world will look like, expert City planners were brought in to help lend a hand to the developers.  The news was revealed during a recent Q&A session video.

During the video, Cyberpunk 2077’s Quest Designer Phillip Weber detailed how the experts lent a helping hand with the vision of Night City from the suburb streets, districts, towering buildings right on through to the traffic and population density.  Phillip Weber also revealed that the experts helped design the layout of the city and stated that it’s easy to lose your way in this vision of a futuristic concrete jungle.

So while it may be daunting finding your way around Night City, it should be fun getting to know this new  in-game world that Cyberpunk 2077 has to offer, which is a far stretch from what we are already used to with the likes of The Witcher 3: Wild Hunt.

Cyberpunk 2077 will release for PC, PlayStation 4 and Xbox One next year on April 16th.