Two Esports pro teams almost came to blows at one of the Gears of War Majors tournaments, and esports fans aren’t happy about the reputation the events are getting. 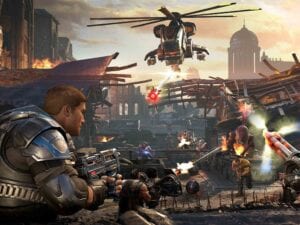 The huge New Orleans event had a big line-up, which included a Halo tournament, as well as a Gears of War Championship with Open Bracket Winners and Losers tournaments and Pool Play.

Two of the biggest names in esports, Ghost Gaming and eUnited went head-to-head in the Losers Championship bracket’s semi-finals, with the winner to move into the Winner’s bracket.

The two teams spent the entire match embroiled in trash-talk as tensions rose between the pro-gamers, making for pretty entertaining viewing even if the behaviour left a sour taste in the mouths of some.

You can check out the clip here…

The match grew more and more heated until Ghost Gaming defeated eUnited, which was when things really came to a head.

In what’s been dubbed “some of the worst behaviour ever seen on a stage” by Nicholas Armstrong of EKGaming, the teams almost came to actual blows, with Ghost Gaming’s Speedy shown: “shouting, flailing, and running up to eUnited’s ShocKiLL to taunt him over their victory.”

Ghost’s Indentivez and RushieZ also played a part in the almost-fight, trashing eUnited and encouraging the argument.

Fans watching on Twitch were quick to blame Ghost for the battle, but this isn’t the first time the esports pros have had their issues.

Back in their first match, obscenities were thrown by eUnited in an attempt to rile Ghost, who unfortunately took the bait and hit back with their own slurs and trash-talk. 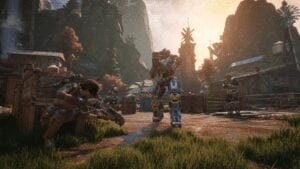 It’s another unfortunate episode of what Armstrong has described as a: “scene dominated by a toxic culture of disrespect and smack talk.”

Armstrong went on to add: “Many teams did conduct themselves as would be expected of a professional tournament, but with behaviour like this going on, it will be hard for sponsors, or anyone else, to seriously consider Gears of War as ready for a wider audience.”

Maybe next time, then?

Fans Are Very Hopeful For Gears Of War 2 Remaster