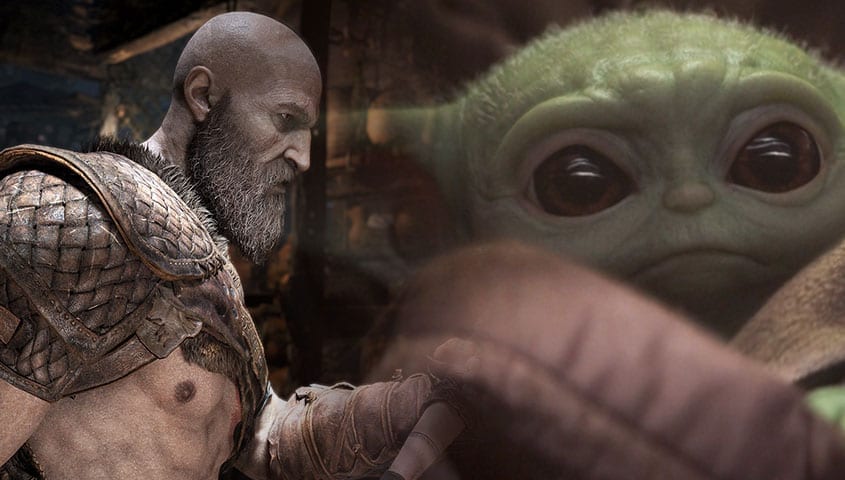 God of War Director Cory Barlog has proposed a video game based upon the immensely popular Mandalorian series from Disney Plus.

The Mandalorian series is half-way through its second season and, in my own personal opinion, it’s getting better with each episode.

Even without the insanely cute “Baby Yoda” aka “The Child” who we now know is named [REDACTED], this series enhances its gripping storyline each and every week leaving viewers on the edge of their seats.

It’s also done a fantastic job of introducing characters from other series’ such as Bo-Katan and Ahsoka Tano from the animated series Clone Wars.

It seems that Cory Barlog is also a big fan of The Mandalorian and has shared his love of the series on Twitter in the hope that a video game adaptation might be made.

“If someone isn’t working on a great single player Mandalorian game where you play a bounty hunter flying your ship from system to system picking up bounties, upgrading your Beskar armour and getting into adventures then I really don’t know what the hell we are doing here,” said Barlog in a tweet.

Barlog called for a single player game to have a: “strong focus on character development with relatable human triumphs, losses + seemingly impossible decisions to wrestle with.

“Not just shooting, but surviving – both physically and emotionally. though I would hope the shooting would be fun.”

Unfortunately with Electronic Arts having the rights to video games set in the Star Wars universe, this is currently a game that Cory Barlog’s Santa Monica Studio cannot work on.

However, Electronic Arts has released two superb video games with single player campaigns recently with Star Wars Jedi: Fallen Order and Star Wars: Squadrons (which you can pick up from the GameByte Shop).

So it’s not outside the realms of possibility that EA might one day develop a single player video game based upon The Mandalorian series.

Would you like to see a Mandalorian video game as envisioned by God of War director Cory Barlog?

Don’t forget to sign-up to the GameByte Newsletter and be the first to find out when the new-gen consoles will next be in stock at the GameByte Shop!