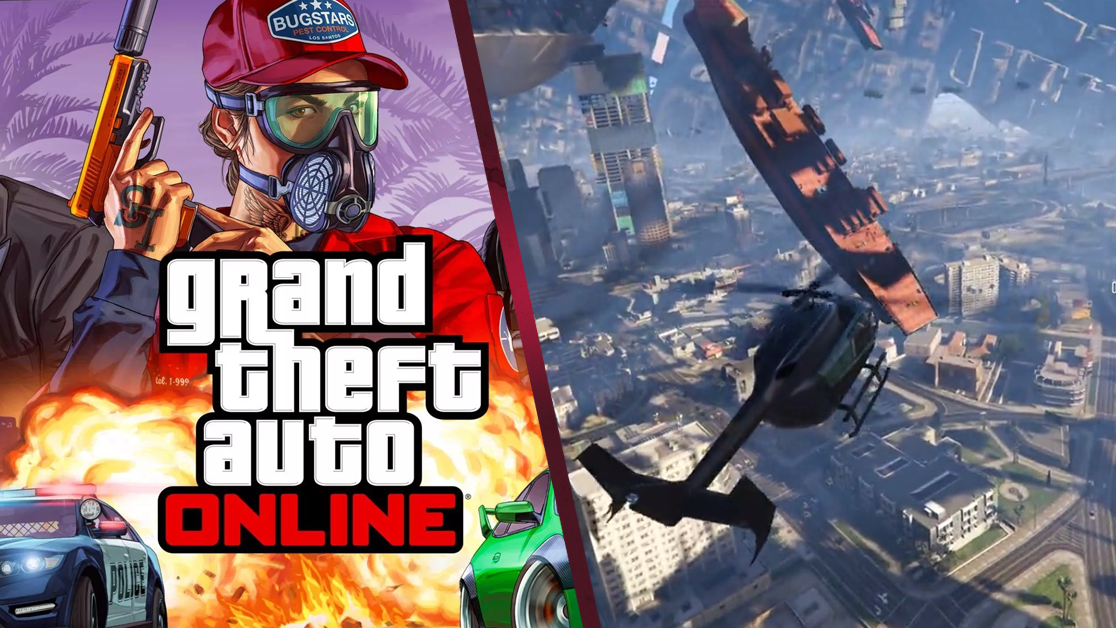 A Player logged on to GTA Online only to find the city of Los Santos folding in on itself, like something out of a Doctor Strange movie.

Rockstar game fan @videotech_ made a bizarre discovery after logging into GTA Online last week. Expecting the usual surroundings of Los Santos, they were instead presented with a GTA Online hack which recreated something you’d expect to see in the movie, Doctor Strange in The Multiverse of Madness.

Streets and skyscrapers, that usually sprawl from the ground, are now looming from above. Large ships, and other miscellaneous debris, are just hovering in the air. The map is curling in on itself, encapsulating the player and turning Los Santos into what could pass for a bizarre multiverse MCU’s hero Doctor Strange might come across.

“I thought I’d step in GTA Online on PC thinking I might be fine under a new name… turns out I am wrong. This game is a mess”, @videotech_ posted to their Twitter page.

The clip was also shared on Reddit, where many made comments noting its similarity to something out of the Multiverse of Madness. However, I’d say the curling streets are more reminiscent of something out of Nolan’s 2010 film Inception.

While sharing their discovery via Twitter, @videotech_  also shared some hilarious comments that appeared made by other players during their GTA Online session.

“Why is the map upside down bruh”, another player commented while in the same GTA Online session.

Why? It’s because their GTA Online session was hacked. Buildings and streets aren’t supposed to come from the sky.

Is This What RDO Was ‘Sacrificed’ for?

As the clip was shared online, many fans of Red Dead Online, expressed their frustrations that this is what Rockstar chose to set most of its attention to

Red Dead Online isn’t dead, but Rockstar announced to fans to not expect any major updates to the game as it was shifting its attention towards the development of Grand Theft Auto 6.

“Over the past few years, we have been steadily moving more development resources towards the next entry in the Grand Theft Auto series — understanding more than ever the need to exceed players’ expectations and for this next entry to be the best it can possibly be” announced Rockstar on their blog.

Although they stated that content like seasonal events and experience improvements were coming to the game, this felt like the nail in the coffin for many RDO fans. After the announcement, players organised and held an in-game funeral for RDO, feeling like their hopes to get Rockstar to add as much content to RDO as they do for GTA Online were lost.

If you’re someone who enjoys online games, hacks or a lack of updates and support are two very real realities for the future. No online game can last forever, as something better always comes along. Shifting the official support of developers and their studios onto the next best thing which generates them the most cash.

This is why it’s good to enjoy a variety of both online and single-player games. When something goes wrong and boats are flying through the sky, there’s always the single-player campaign to play through instead.