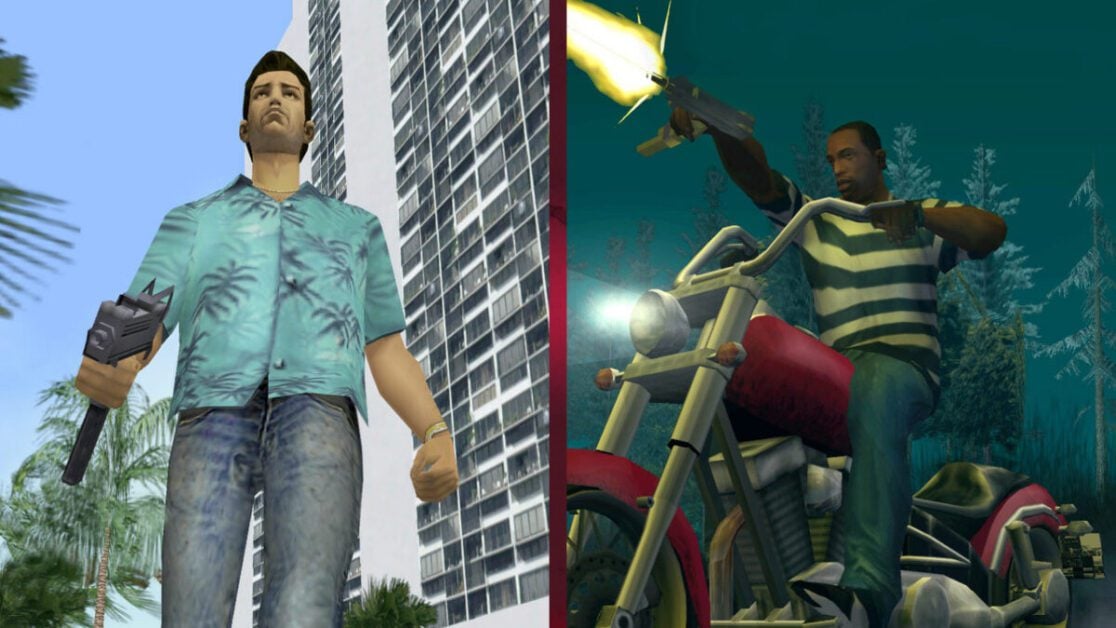 New GTA Remastered Trilogy details have leaked that suggest that the controls will be inspired by GTA 5. If true, this would be great.

Following months of rumours and speculation, the GTA Remastered Trilogy was officially announced. Actually, as we know, it’s called the tongue-twisting Grand Theft Auto: The Trilogy – The Definitive Edition. I will never get used to it.

While we don’t know much of what improvements will be made in the remastered trilogy, Rockstar Games has at least stated that it will feature: “graphical improvements and modern gameplay enhancements for all three titles.”

For me personally, I would love to see reworked animations, textures, draw distances and load times. However, the biggest improvement that I would hope to see is an implementation of GTA 5’s controls, as well as a free camera.

Well, if these rumours are true, it looks like that wish might be granted. As reported by VGC, the leaks are courtesy of the dataminer alloc8or, who posted the details in gtaforums.com.

Do you hope to see controls inspired by GTA 5 in the GTA Remastered Trilogy? Let us know across our social media channels.

In related GTA Remastered Trilogy news, recent reports have suggested that the collection could cost as much as £70/$70.

Grand Theft Auto: The Trilogy – The Definitive Edition will release for PC, PS4, PS5, Xbox One, Xbox Series X|S and Nintendo Switch later this year. It will also come to mobile devices during the first half of 2022.