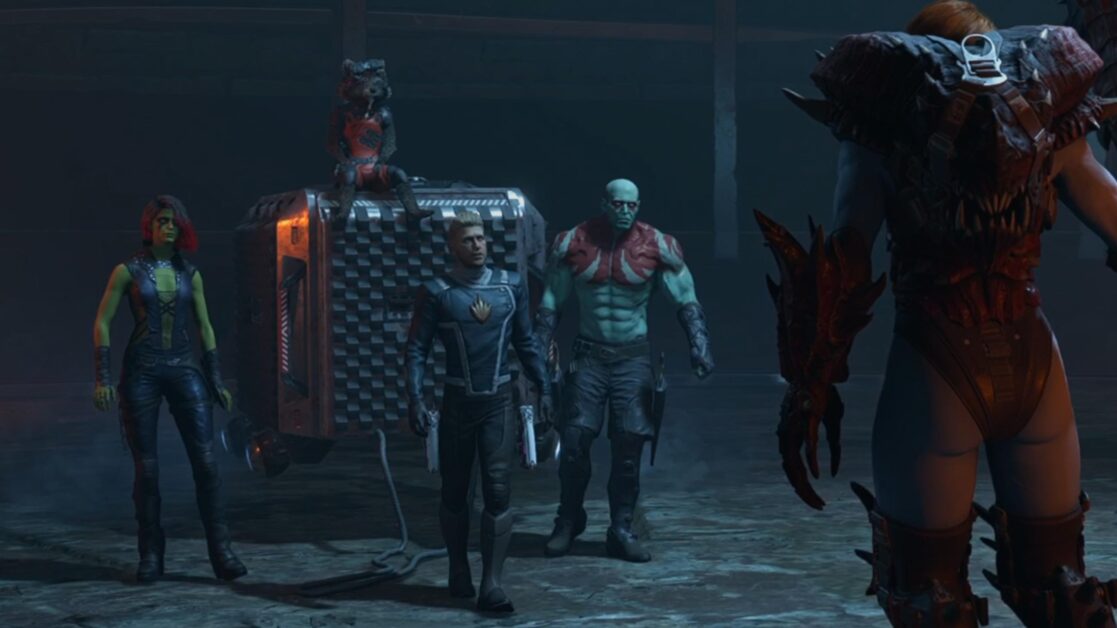 Square Enix’s new superhero game, Marvel’s Guardians of the Galaxy, is filled with decision-making. Of course, some choices are weightier than others. The first big choice of course covers the 3rd and 4th of a 16-chapter story. This decision being who among your teammates would be first to sell the monster collector, Lady Hellbender, planning to later break them out after receiving the cash.

Needing to pick between Rocket and Groot, both Drax and Gamora each make good points as to why selling the talking Raccoon or walking tree under the guise as a collectible monster, is better than the other. Ultimately, the decision is yours. After all, you need to pick the best way to earn enough money to pay off that Nova Corps fine. In fact, you can even change your mind before the start of the 4th chapter. Nevertheless, both routes that follow selling either Rocket or Groot differ interestingly.

What if you try to sell Rocket?

As one might gather when first looking at your genius furry friend, Rocket isn’t the most monstrous-looking. However, Drax believes the anthropomorphic Racoon’s angry personality and rage-filled soul will make him a perfect candidate for the con. In my first playthrough, Lady Hellbender sadly did not see it Drax’s way. After the monster Queen laughs her head off for a short while, one thing leads to another, including her attentions being drawn to Groot. Eventually, Rocket loses his temper, and your tall Kree host unfortunately does the same.

Soon after, a fortress-wide firefight breaks out. Throughout the rest of the chapter, you need to fight your way through Lady Hellbender’s army. What’s more you need to work around the perils her castle holds. Ultimately, you can end up with the units needed, with more of the game’s fun-filled combat along the way. It’s simply more of what you’re used to.

What if you try to sell Groot?

Being a Flora Colossus, the Hulk of Tree-Men, Groot is definitely the most monster-like. Immediately, you can see the curious delight on Lady Hellbender’s face as your towering, wooden friend walks out of his cage. She even tries to haggle with you. Tailor the negotiations to make Drax work his appeal with the intimidating buyer, and 10,500 units will be yours.

So far, the plan is actually going as intended. Lady Hellbender now even trusts you, enough to let you stay the night in her home. That evening, whilst her soldiers are good and drunk, you and the remaining Guardians have to sneak through the castle in a type of stealthy heist mission to break Groot out with the money in hand. With an additional puzzle-solving element, there’s even an extra layer of suspense as you try to not make noise and alert the guards. You even get to have an interesting peak at the other monsters in Lady Hellbender’s collection.

Should you try to sell Rocket or Groot?

Although you may end up with a few less units in the end, selling Groot is the most worthwhile way to go. When you try to sell Rocket, the initial result is another firefight – one you get many of throughout the game. Going with the Flora Colossus in your con, on the other hand, grants you a small yet fun heist mission that’s unique to the rest of the adventure. Overall, selling Groot adds that extra variety of flavour to your Guardians of the Galaxy experience.