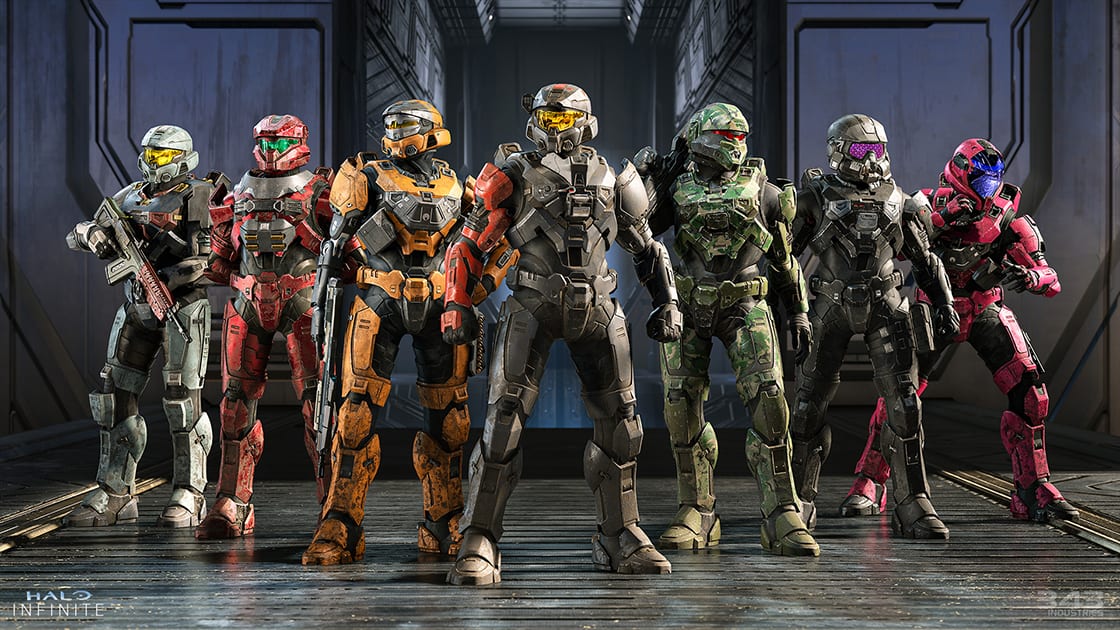 The Halo Infinite battle pass has leaked and it’s not looking great for the free-to-play tiers in the upcoming shooter.

Halo Infinite launches later this year for PC, Xbox One and Xbox Series X|S. It has been a long time coming for fans of the Halo series with the last instalment arriving in 2015 with Halo 5: Guardians.

Granted, the developer 343 Industries has done an excellent job of updating the multiplayer for Halo 5, as well as the content in Halo: The Master Chief Collection. However, fans have been longing for a fresh slice of that Halo pie for a while.

The story campaign of Halo Infinite will be paid for content, but the multiplayer will be free-to-play for all. This should mean that the online player numbers will be quite full on a regular basis.

There will be two Halo Infinite battle passes

Unfortunately, it seems that the free battle pass for Halo Infinite will be lacking in a lot of content. As reported by mp1st.com (via Reddit), leaked details suggest that more than half of the free tier levels have no rewards for players.

As detailed in the long infographics shared in a Reddit post, there seem to be 120 levels to the battle pass. While the paid battle pass will have plenty of content, the free battle pass may leave players wanting more. Perhaps that’s the tactic from 343 Industries?

Look, I am not moaning about the free battle pass, and I absolutely believe that the paid battle pass should offer more content to unlock. Otherwise, why would you pay for the premium battle pass?

That said, I think it might be worth adding a little more content for the free battle pass as not everyone will be able to splash the cash. After all, it gives players something to aim for and an added incentive to keep players online, which can only be good for the Halo Infinite multiplayer.

Of course, this leaked information could be bogus. So, until we get confirmed details on the battle passes from 343 Industries, we should take the leaks with a pinch of salt.

What are your thoughts on the free battle pass for Halo Infinite? Let us know across our social media channels. Halo Infinite will release on November 15th for PC, Xbox One and Xbox Series X|S.