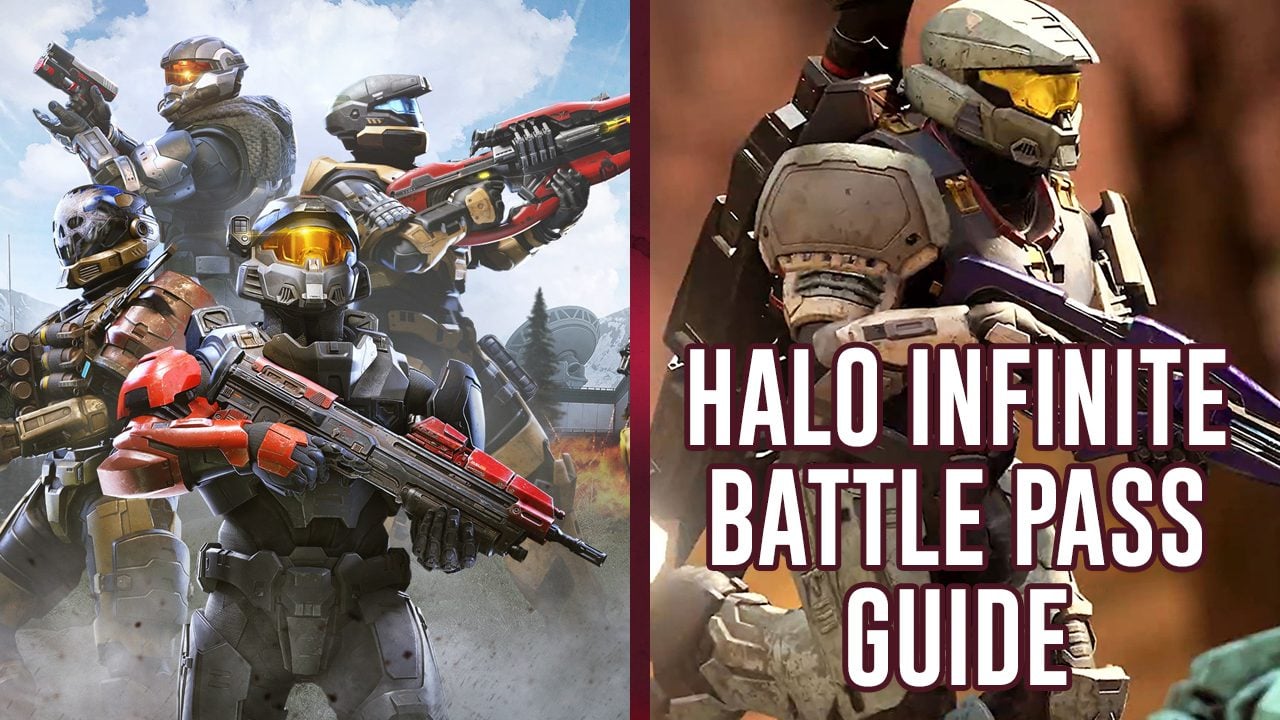 Halo Infinite multiplayer is free to play, so some concessions had to be made. The FtP market has been with us for a few years now, games like Fortnite and Genshin Impact have gotten the formula down to a fine science. There are rules to this, FtP games have to turn a profit somewhere and that somewhere is in cosmetic items. It’s a necessary evil we have come to terms with. Mostly gone are the days of unlocking customisation items through regular play. I may lament simpler times here, but really I am a busy adult with a credit card. Sometimes I just want to throw money at my problems. Hell, my Fortnite character is the Master Chief himself and I didn’t get that through in-game effort. If that you’re into that kind of thing, here is our guide to the Halo Infinite battle pass.

The halo infinite Battle Pass: What Will it Cost You

The Heroes of Reach battle pass in Halo Infinite costs 1000 credits to buy. Credits is the in-game currency you can buy with your real-life currency. There are scaling options for buying credits, the more you buy at once the more you save overall. It’s a fairly typical pricing model employed by lot’s of FtP games like Fortnite or Smite. You can buy 1000 credits even from the store, that will cost you £7.99/$8.00/€9.99. There is an option to start the battle pass with a decent boost of progress for 2800 credits, but there is no handy amount to buy for that, you’d have to go over and buy 2000 then 1000 at least.

Your Battle Pass Never Goes Away

343 Industries and Xbox are doing one thing very differently with their approach to the battle pass system. Typically, games that have passes like these are seasonal. You to pay for the pass, keep whatever you unlock and at then the pass is gone. It’s a tactic called FOMO, or fear of missing out. It’s a clever but kind of devious plan that many companies use. They prey on your fear to push you into buying something before it’s gone. Halo Infinite isn’t taking that route, at least not fully. Yes, battle passes are seasonal. This pass is tied to season one of the game. However, so long as you buy the pass during this season, it never goes away.

What is in the Halo infinite Season One Battle Pass

Now that you know you can get the battle pass and how much it will cost you, you probably want to know what’s in the thing. This first season is called Heroes of Reach, and the battle pass reflects that. There are lots of bits and pieces to unlock along the way to level 100. The main things you will want to get are the armour kits of the members of Noble team. They were the protagonists of Halo Reach, one of the best stories in the series.

On the battle pass you will unlock Carter at level 20, Jun at level 40, Kat at level 60, Jorge at level 80 and finally, of course, Emile at level 95. 343 know that Emile and his ridiculous helmet are what many players will want, so we’re going to have to earn it. In between you will unlock lots of cosmetics based on the armour of Noble team. Use them to make an armour set unique to you.

Also, if you’re into that kind of thing, the final unlocks of the battle pass are a pair of armour effects that will make you look like you’re constantly on fire. So, that’s fun.

That’s everything there is to know about the Halo Infinite battle pass! For more tips and information about Halo Infinite multiplayer, check out our other guides on weapons, vehicles, equipment and more!