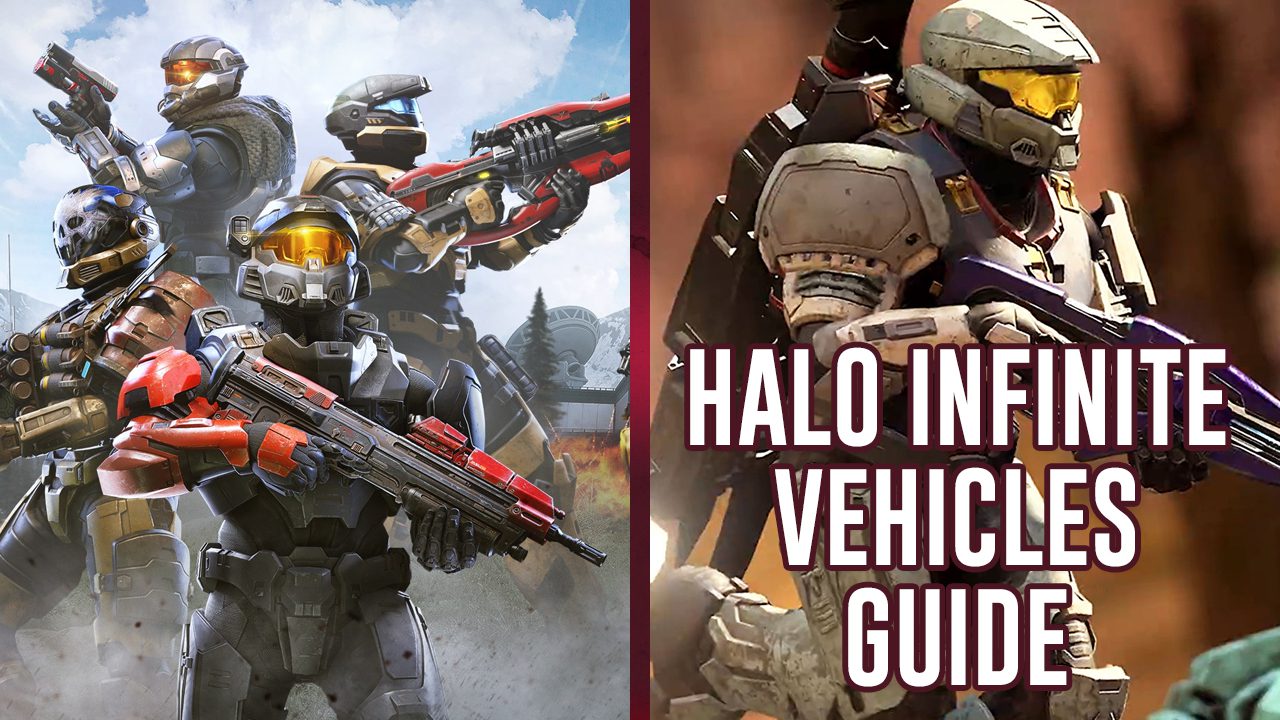 Halo has some iconic vehicles. Combat Evolved was one of the first shooters to bring vehicles into the arena, and was certainly the game that popularised them. Even if Halo Infinite is your first experience with the series, I’d be willing to bet you would recognise a Warthog when you saw one. For new players or anyone trying to get back up to speed, here is a quick guide to all the vehicles in Halo Infinite.

Nothing says Halo more than the Warthog. No better way to ferry you and your squad from red base to blue, while mowing a few opponents down along the way. The Warthog is the most common vehicle on the Halo Infinite battlefield, you’ll find a few of them on each big team battle map. If you have a flag to capture or a power seed to return to your base, there’s hardly a better choice than the Warthog. The Rockethog variant appears in Halo Infinite as well, which swaps out the chain gun for a rocket pod, ideal for anti-vehicle combat.

The Razorback is a brand new vehicle in Halo Infinite. It’s another version of the Warthog, similar to the troop transport variant from Halo 3. What’s new with the Razorback is it has increased armour plating, making it much tougher than the Warthog. It also sports a storage compartment at the back of the vehicle, which can be used to store power weapons, turrets, even flags and other objectives.

The spritely Mongoose returns as well. This quad bike is an excellent option for getting around a large map, it’s much less of a snafu to use one of these by yourself than a Warthog. The Mongoose has a passenger seat on the back, making it the ideal taxi home for a flag carrier. It’s a fast and nimble vehicle, but it can’t take much damage. The base Mongoose doesn’t do much damage either, as it has no weapons. Its variant, the Gungoose does come with twin mounted SMGs, making it quite deadly.

Tank beats everything. The iconic Scorpion tank returns in Halo Infinite, with a lighter presence in multiplayer this time. It appears as a vehicle drop in this game, and is an event when it arrives. The Scorpion has a cannon on it that will ruin anything it looks at, paired with a machine gunner seat for close infantry. Whenever you see one of these in a big team battle, get it or run from it.

Returning from Halo 5 Guardians, the Wasp is essentially the new Hornet. It is a slimmed-down model, with less firepower but more maneuverability. The Wasp only has one seat, and no sidebars for other Spartans to jump on. They appear on big team battle maps, and are great for firing down on enemies below. Having an energy shield makes it more survivable from ground attacks, but be wary of enemy Banshees.

The primary Covenant vehicle, the Ghost has always been an excellent vehicle for combat. It hovers like Covenant vehicles do, making it extremely nimble in a fight. Twin plasma guns can mow down opposing Spartans, and when that doesn’t work you can always literally mow them down with the Ghost’s speed boost. The Ghost appears on many maps both big and small, it’s always a great choice.

Fast and low, the Banshee can cross any map in seconds. Like the Ghost it has twin plasma cannons as well as a plasma bomb, the latter being great for destroying vehicles. The Banshee exceeds in maneuverability, it can flip and roll in order to throw off attackers before wrecking them with its guns. The Banshee is great against other vehicles, both in the air and on land.

The main battle tank of the Covenant returns in Halo Infinite. Like the Scorpion, it has to be dropped into big team battles, it doesn’t appear natively on the map. Also like the Scorpion, this thing wrecks shop like there’s no tomorrow. It isn’t as easy to use as the Scorpion, at least in terms of firing its main cannon. Instead of a straight shot, the Wraith fires a giant arcing projectile, a huge plasma bomb that will annihilate whatever it hits.

It’s more nimble than a Scorpion as well. Hovering as it does means it can do things like strafe and move in any direction without needing to turn. Like its small sibling the Ghost it even has a speed boost, best used for getting out of harm’s way.

You have to give it to the Brutes, they know how to ride in style. The Chopper is exactly what it sounds like, only ten times more. It is effectively a gigantic Harley Davidson; with a giant menacing wheel in the front and a seat that hovers off the ground in the back. This thing will eat anything stupid enough to get in its way. Anything smart enough to get out of the way won’t fare much better, as the Chopper has a pair of autocannons strapped to the front. The Chopper is best employed by getting into a fight, doing massive damage, then getting back out as quickly as you can.

That is our guide to the vehicles of Halo Infinite! If you found this helpful, why not take a gander at our other guides. We have covered the weaponry of Infinite, as well as equipment and some new features in the game!