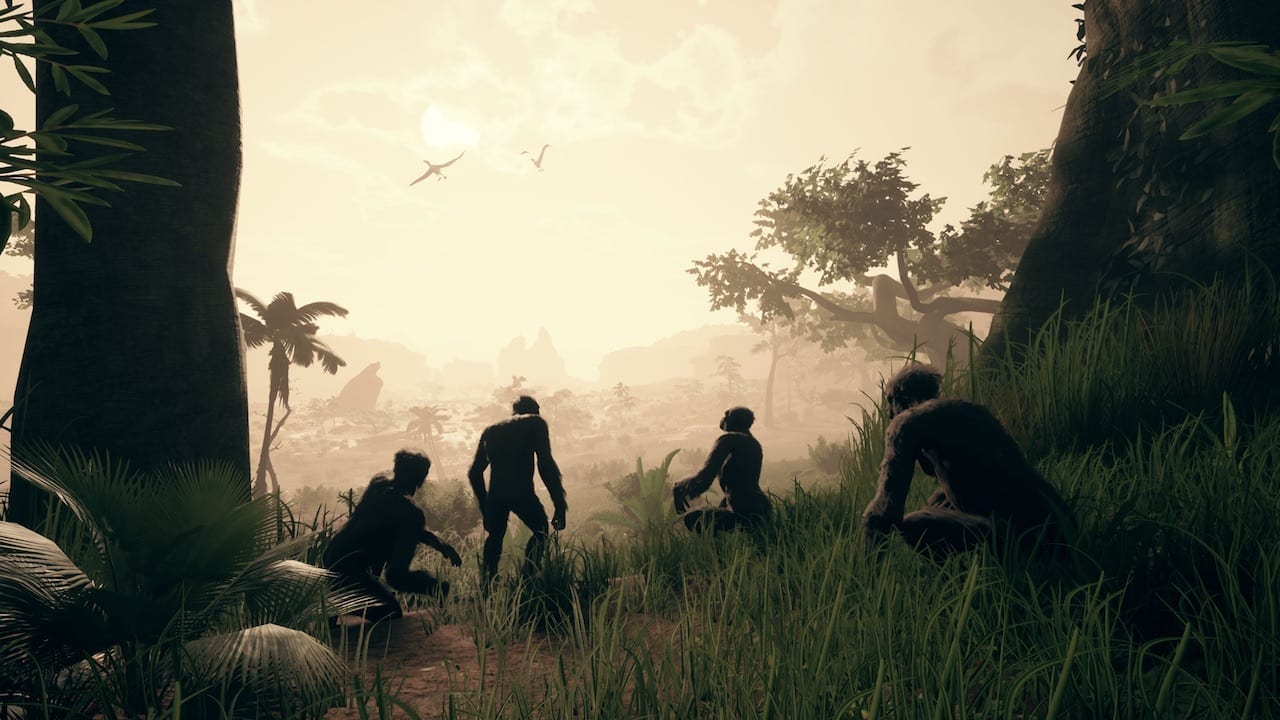 Ancestors: The Humankind Odyssey is the latest game from the creator of Assassin’s Creed. It’s a survival game with a bit of a difference. Your goal? Survive long enough, expand your clan and evolve.

We got to spend an hour with the game and find out how it works. At times things you have to do aren’t overly clear but there’s plenty of the open-world to explore and lots of different things to try. You can hear me talk to Vicky about what she enjoyed about the game, what she didn’t and her general adventures in the game whilst also seeing some gameplay directly below.

She loved how free the game felt. It never felt like your path was being dictated and you were fairly free to explore. Trying to discover as much as possible in the game was a genuinely fun experience and there seemed to be plenty to do.

This is the first game from Patrice Désilets, the creator of Assassin’s Creed, for almost a decade. It’s also the first game for his new studio, Panache Digital Games. Ancestors: The Humankind Odyssey takes place across a huge timeline of 10 million to 2 million years ago.

Ancestors: The Humankind Odyssey is scheduled for release later this year on PlayStation 4, Xbox One and PC. It is an Epic Store exclusive though for its first year of release on PC. You can see some more gameplay of the game below. There’s still definitely room to grow but it’s looking like it could be one of the best survival games of the year. Here’s hoping it delivers on its potential!