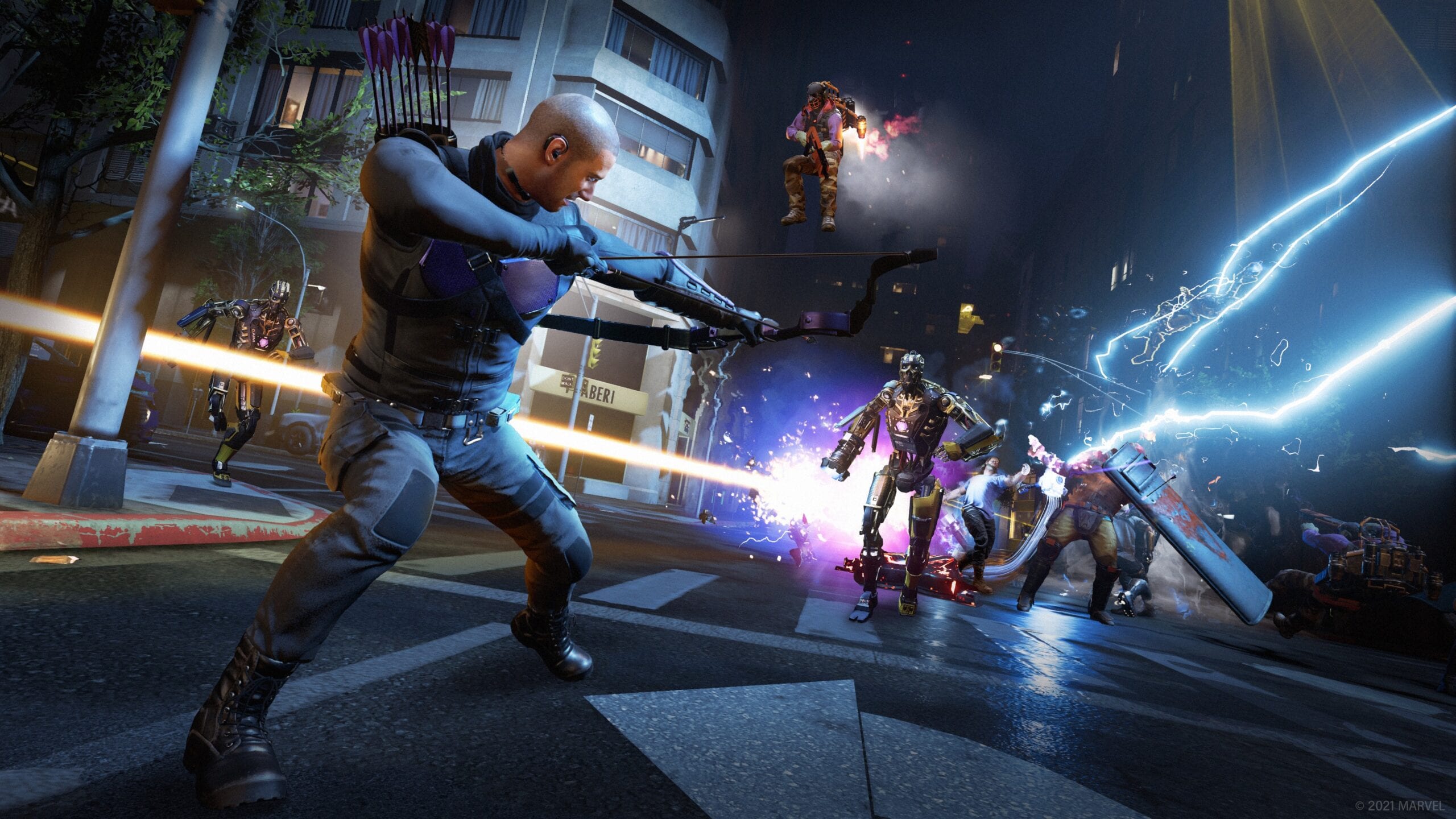 The addition of Hawkeye to Marvel’s Avengers has boosted the game’s popularity, creating a surge in new players.

According to Steamcharts data, Marvel’s Avengers’ player base has jumped from around 500-550 daily players to between 2500-2600 [via Forbes].

The increase correlates with Hawkeye’s debut, which was part of a recent free update. While these figures are still considered relatively low compared to other big-budget games, it’s still an increase of around 500 per cent.

Marvel’s Avengers has had a troubled start as a live service experience. While games like Warframe and Destiny have over 70,000 players, Square Enix’s superhero RPG has had an average of just under 800 players since October.

The game did have an average of 7,463 players in September when it released, but this went on to drop rapidly. The game has also been struggling when it comes to sales, with games like Monopoly Plus selling more copies in the UK throughout 2020 (yikes).

We previously heard rumours that Marvel’s Avengers had lost 96% of its player base since launch. While we don’t have figures for the console version of the game, the Steamcharts data suggests that this is true.

The game’s next-gen overhaul on console will likely give the game a boost, especially since PS5 and Xbox Series X|S libraries are still relatively vacant. A Black Panther expansion is also coming to the game, in the form of Black Panther: War for Wakanda.

Things are looking a little brighter for Marvel’s Avengers, so perhaps it’s about to regain its footing throughout 2021.

That being said, it’s got a long way to go if it wants to compete with the titans of the live services industry. Let’s hope that Marvel’s Avengers’ player base continues to grow. Otherwise, it could end up like EA’s Anthem, which has had its development effectively scrapped.

Have you dived back into Marvel’s Avengers now we have Hawkeye? Let us know across our social media channels!