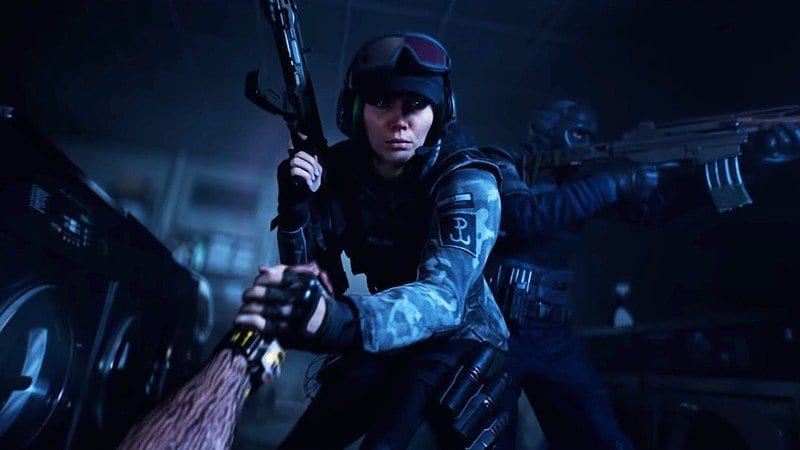 Over an hour of leaked gameplay footage for Rainbow Six: Parasite has appeared online, which isn’t the best news for Ubisoft.

The leaked footage is via a closed technical test on PC, and it’s the first time we’ve seen any kind of gameplay footage for the upcoming Rainbow Six: Siege spin-off. Ubisoft seems to be quick to the bat when it comes to removing footage, but I’m sure if you were so inclined, you could probably find it somewhere.

Originally known as Rainbow Six: Quarantine, the title was revealed at E3 2019, but has suffered a number of delays.

The game is currently undergoing a name change thanks to its connotations with the global pandemic, with Ubisoft now using the codename “Parasite”. The game is inspired by the Outbreak event which made its debut in 2018.

In Rainbow Six: Quarantine/Parasite, players will fight off waves of “technological parasites” which increases in difficulty as they progress in the game.

The leaked gameplay, which is just under an hour long, leaked via a stream on Facebook Gaming, before appearing on YouTube.

However, as you can imagine, the gameplay is continually being pulled from Ubisoft for obvious reasons.

Following the leak, a Ubisoft spokesperson told Eurogamer: “Recently, we ran an internal test for the game and some of its details became public. We can confirm this is a glimpse of the upcoming game, and we will share more details, including the official name, soon.“

They added: “Unfortunately some of the details became public. This clip is work-in-progress gameplay footage. We’ll share more details about the game later this year.“

Rainbow Six: Quarantine – or Parasite – is expected to release this September for PC, PS4, PS5, Xbox One, and Xbox Series X|S. A gameplay reveal should be coming soon.

Have you checked out the leaked footage, or are you hoping to be spoiler-free? Let us know across our social media channels!