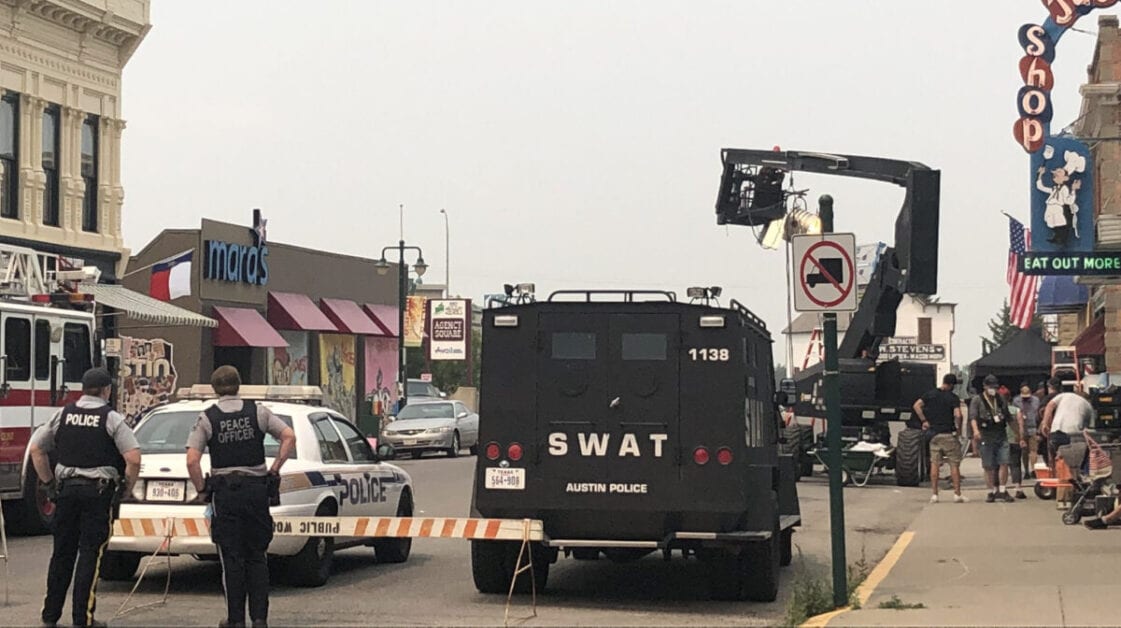 The first on-set images have been revealed for The Last of Us HBO TV series, confirming that production is well underway.

Twitter user @necromonica1 shared the photos as she travelled to the filming location of Alberta, Canada.

If the photos look familiar, that’s because the set is made to replicate a town in Austin, Texas, home of that infamous prologue. During that prologue in The Last of Us, we witness one of the most emotional openings of a video game ever. Joel and his daughter were trying to escape their town during the early days of the virus outbreak.

The photos appear to be Clicker-free, so I assume the set represents the early stages of the outbreak. However, police cars and SWAT vans are seen, which might indicate the virus has begun to spread, so authorities are trying to contain the outbreak.

If you’re wondering how Monica managed to take the impressive photos, apparently, she just walked to the set and snapped away.

This could be one of the most expensive tv series ever!

Are you looking forward to The Last of Us TV series? Let us know across our social media channels.