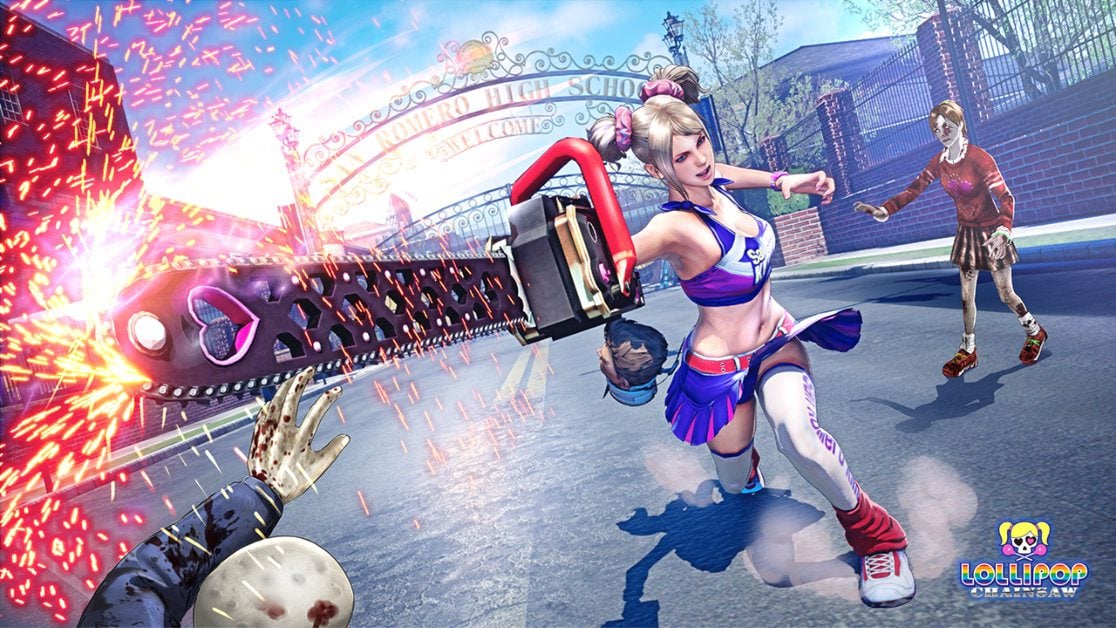 Here’s a new look at Juliet Starling in the upcoming Lollipop Chainsaw remake from its original publisher/developer, Grasshopper Manufacture.

To celebrate the 10th anniversary of Lollipop Chainsaw, a remake for the criminally underrated Hack and Slash from the mind of Suda 51 was announced. Though sadly, Suda 51 will not be involved in the remake.

Juliet is making a comeback!

For the original game, Grasshopper Manufacture both published and developed the title. However, the remake will be created by a new team called Dragami Games.

As we moved into the PS4 and Xbox One generations, Lollipop Chainsaw was not a PS3 or Xbox 360 backwards-compatible game. This meant that returning and new fans alike could no longer play the game. What’s more, it was also never released on PC.

Previously, the rights were owned by Kadokawa Games. So when the remake was announced, Grasshopper Manufacture CEO Yoshimi Yasuda revealed that Grasshopper had acquired the rights.

Furthermore, when the remake was announced, Yasuda said that the new interpretation will have a “more realistic approach to the graphics”. Well, judging by the newly released side-by-side image of Juliet Starling, that very much seems to be the case.

The side-by-side image in question was shared by Twitter user JeamWSR. While there doesn’t seem to be a drastic change to the new Juliet, I think it’s great that the remake seems to be remaining true to its source material.

When is the Lollipop Chainsaw remake release date?

The Lollipop Chainsaw remake does not have a release date. However, it was previously announced that it will be released this year. What’s more, the remake coming to PC, PS5 and Xbox Series X|S is probably a safe assumption to make.

At this time, we haven’t seen the Lollipop Chainsaw remake in action. Hopefully, its debut gameplay trailer will be revealed in the coming months.

Are you looking forward to the Lollipop Chainsaw remake? Let us know across our social media channels.