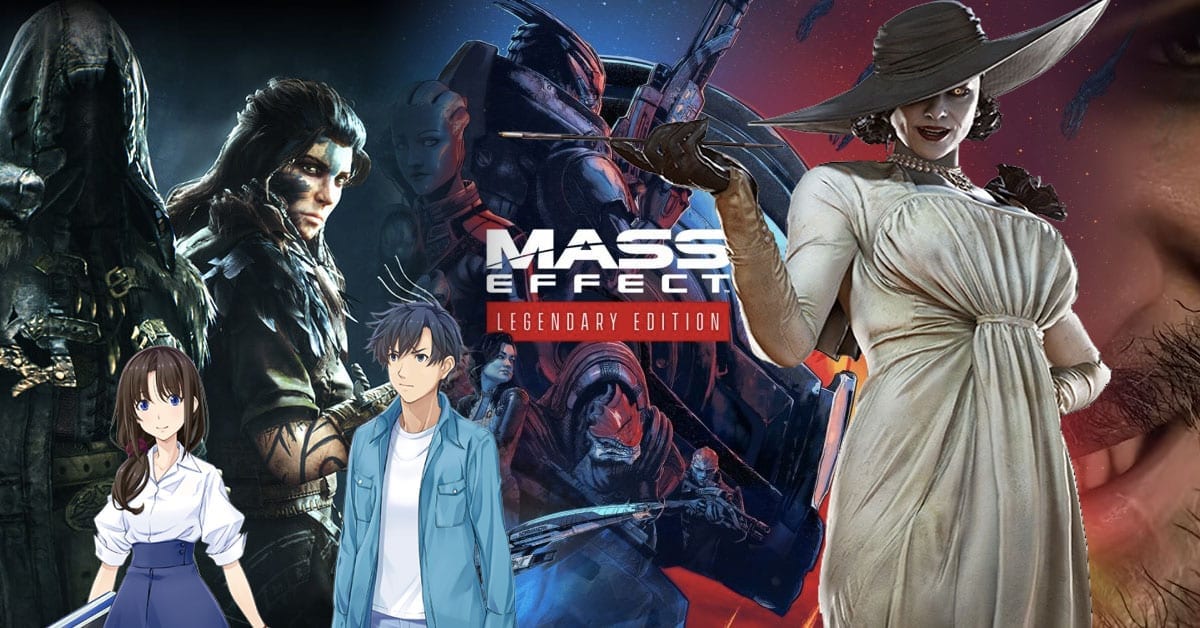 If there’s one thing that’s certain, it’s that May is going to be a big month for new games. Whether you’re looking for the latest games for your new-gen console, or simply looking to try some new ports, there’s plenty of ways to make your wallet scream this month. With that in mind, here are some of our top picks for games out this May!

Capcom’s latest horror outing is one of the 2021’s most anticipated games. Whether you’re a massive fan of the series, or you’re just into freakishly tall vampiric vixens, you’ll want to check out what Resident Evil Village has to offer. The game is also a sequel to 2017’s Resident Evil 7, so be prepared for some intense survival horror mechanics and sinister stalkers. Check out our review!

If first-person horror games aren’t your bag, then perhaps you’d prefer to pick up Hood: Outlaws & Legends on 7th May. Developed by Sumo Newcastle and published by Focus Home Interactive, Hood: Outlaws & Legends is a murky Medieval fantasy with PvPvE mechanics. Essentially, the game is like a gothic version of Robin Hood encased within an intense multiplayer experience. Definitely worth checking out if you’re looking for something different!

Famicom Detective Club: The Missing Heir & The Girl Who Stands Behind – May 14th

If you’re looking for something a little less dark and brooding to play this month, then Nintendo’s Famicom Detective Club double bill could be for you! Famicom Detective Club: The Missing Heir & The Girl Who Stands Behind is a remake of a classic adventure game for the Nintendo Famicom’s Disk System. Despite the game’s colourful anime aesthetic, it’s actually an intense mystery drama with twists and turns at every corner. If you’re a fan of the likes of Ace Attorney and Professor Layton, you should probably pick this one up!

Days Gone is the latest PlayStation exclusive game to come to PC, following the likes of Horizon: Zero Dawn and Death Stranding. The PC version of Sony’s apocalyptic drama features all the benefits of PC gaming, including an unlocked frame rate, improved visuals and ultra-wide monitor support. If you don’t own a PlayStation 5 yet, then picking up Days Gone could prove to be a good stop-gap while you wait on more PS5 stock.

Looking for something a little Odd? Then the upcoming Oddworld Collection for Switch is probably your best bet. While Soulstorm isn’t currently on the cards for Nintendo’s handheld, the Oddworld collection contains the Abe’s Oddysee remake, New ‘n’ Tasty, accompanied by remastered versions of Munch’s Oddysee and Stranger’s Wrath. While each individual game is already available for the Switch and on Steam, there’s something neat about being able to carry a huge chunk of Oddworld history in your pocket.

That’s our top picks for this month! Here’s a full list of every game coming out during the month of May:

The GameByte Shop is stocked up with the latest games, merch and accessories. We might even have a new-gen console or two! Sign up to our newsletter to be notified of our console drops. Please note the GameByte Shop is available for UK customers only.