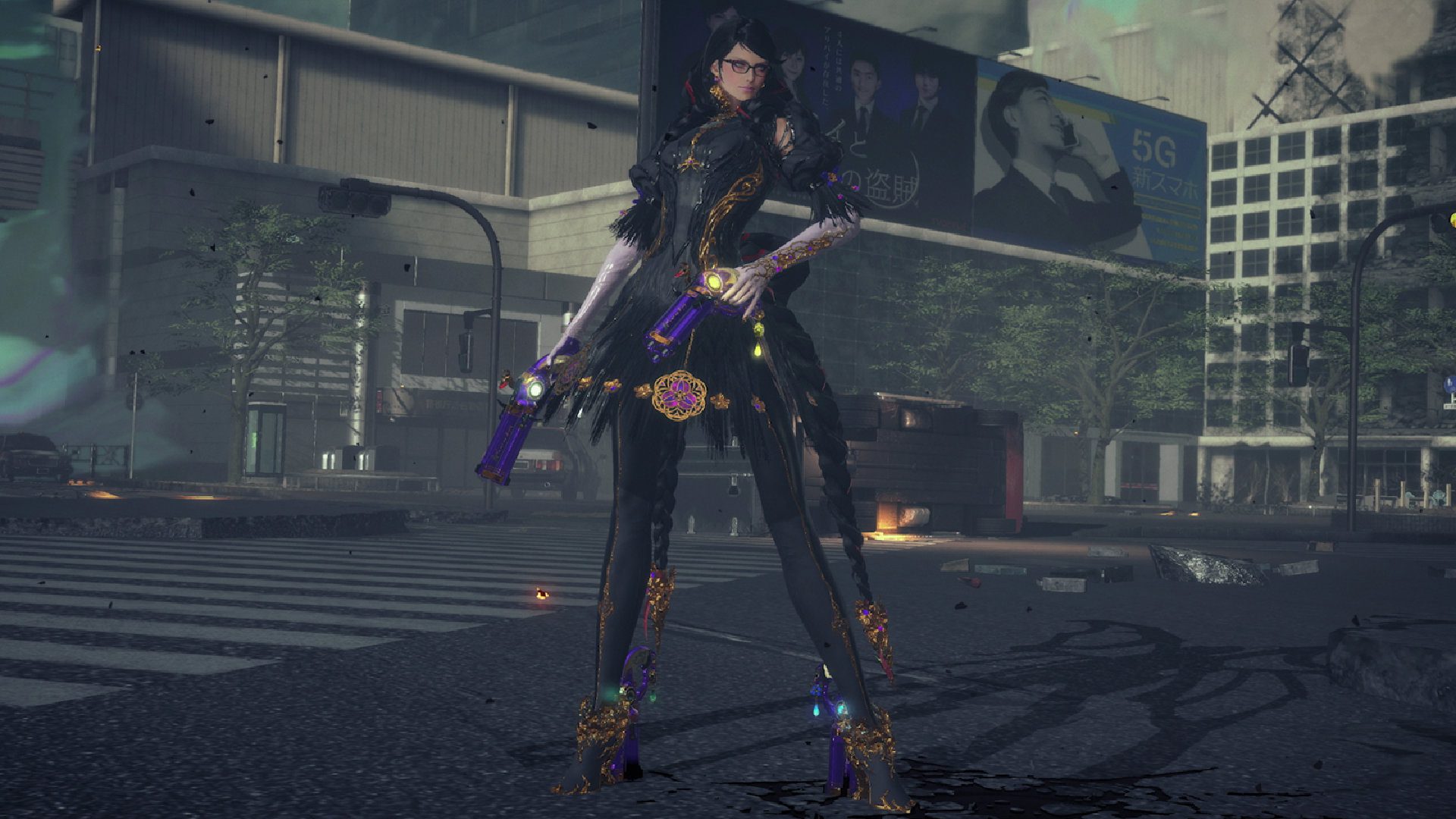 Finally, we’ve been treated to the first-ever gameplay trailer for Bayonetta 3. It’s hard to believe Platinum announced this game four years ago!

Bayonetta 3 was first teased at E3 2017, however, we’ve never seen any gameplay. The best we got was the initial teaser trailer which was just a logo. The four years of silence even had some fans worried that Bayonetta 3 might have been cancelled.

Alas, we can now enjoy the first gameplay trailer for the third instalment of the iconic hack and slash/shooter from Platinum Games.

The new gameplay trailer opened with a military unit failing miserably trying to bring down a giant monster. However, when all hope was lost, Bayonetta made her triumphant return to save the day in the sassy, yet stylish way that only this charismatic witch knows how.

Godzilla would be proud!

Once Bayonetta had finished strutting her stuff, she worked her magic to unleashed a giant monster of her own to aid the futile attempts of the military unit. At this point, the trailer quickly turned into something from Godzilla: King of the Monsters.

According to the press release from Nintendo, Bayonetta 3 will have “new mechanics, including the ability for Bayonetta to directly control demons.” Furthermore, Nintendo has promised further details will be revealed at a later date.

Bayonetta 3 will release for the Nintendo Switch in 2022. Are you excited by the first Bayonetta 3 gameplay trailer? Let us know across our social media channels.