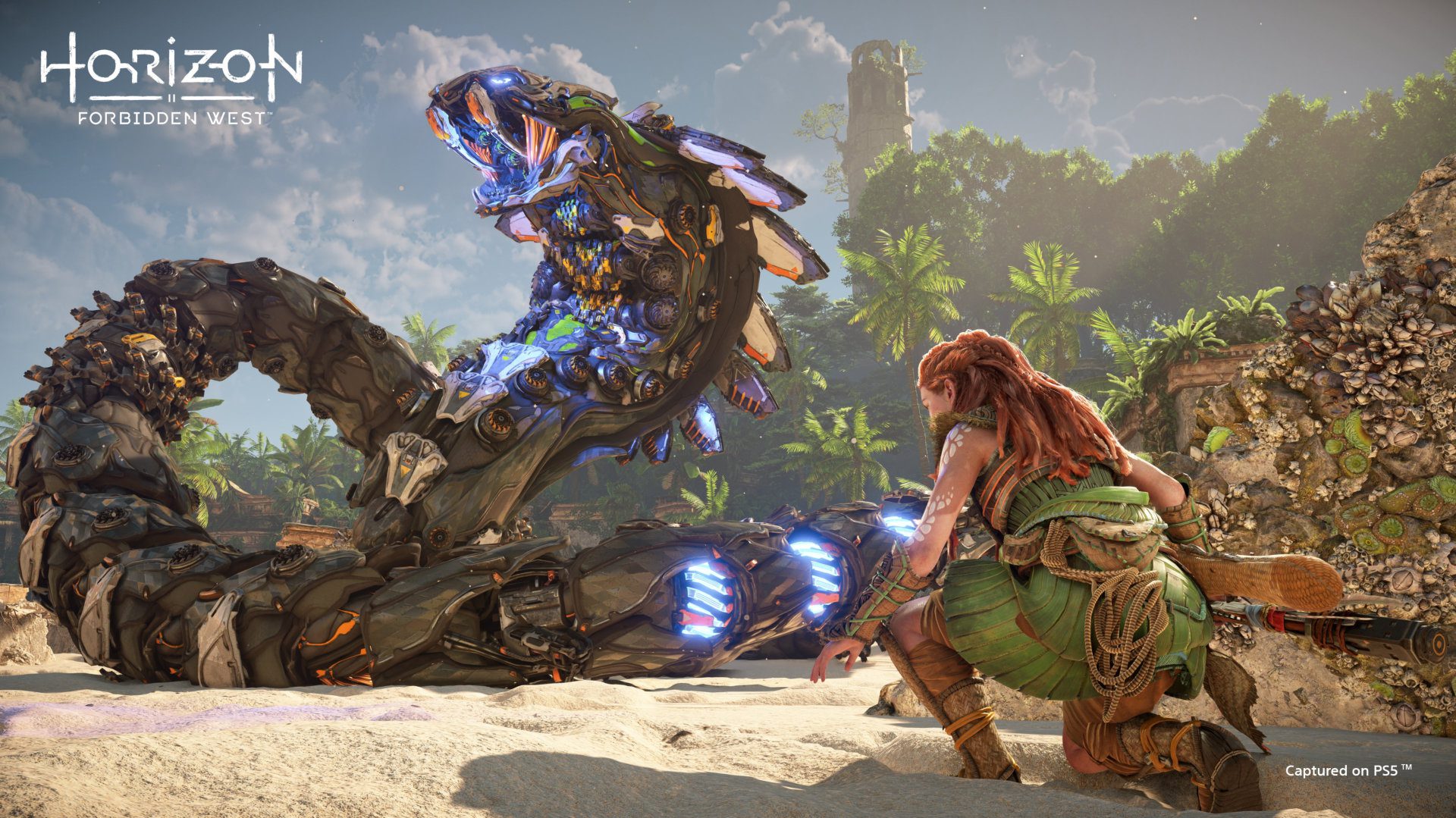 A new gameplay trailer for Horizon Forbidden West has been released which showcases the game’s creatures in stunning 4K.

Also, keep a lookout for that intimidating giant snake-like creature.

In the sequel to 2017’s Horizon Zero Dawn, Aloy is forced to venture into new lands only known as the Forbidden West. The human race is already in a fight to survive against the machines, not to mention cruel human tribes too.

However, a new virus that plagues the lands is not only a threat to humans but to the world as we now know it. In doing so, Aloy faces her toughest challenge yet and she’ll need her most loyal friends to join her fight with no guarantee of returning home.

Furthermore, Guerrilla Games have also released three new screenshots, which once again includes that giant snake! Seriously, do we really have to fight that thing? I think I’ll be running for the hills!

In case you missed it, Guerrilla Games also released a batch of gorgeous screenshots for Horizon Forbidden West on PlayStation. You can see what the game looks like on the last-gen here.

Are you excited to join Aloy in her latest adventure? Let us know across our social media channels. Horizon Forbidden West will release for PlayStation 4 and PlayStation 5 on February 18th, 2022.