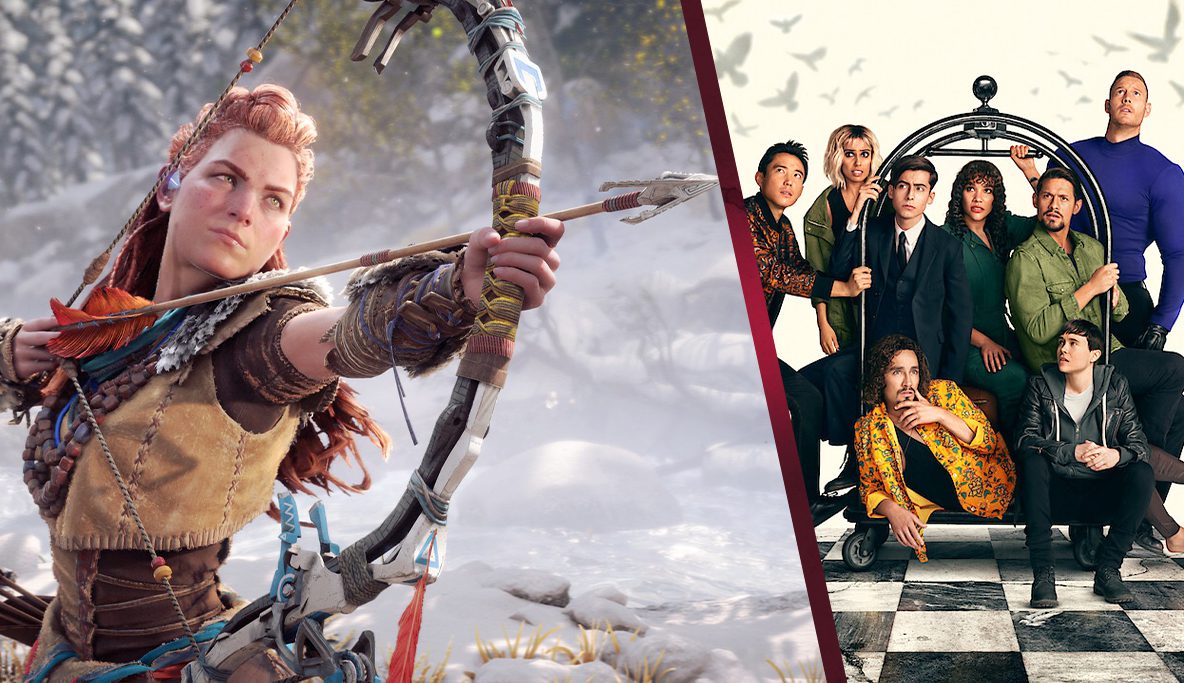 The upcoming Horizon Zero Dawn show on Netflix will be created by the showrunner for Umbrella Academy, Steve Blackman.

Umbrella Academy is getting a fourth and final season soon, but we already what showrunner Steve Blackman is doing afterwards. He’s currently developing two different sci-fi series, including Horizon Zero Dawn. The other series is ISS drama, Orbital.

Blackman will create the shows under a new “Irish Cowboy” production banner. It comes as part of a re-upped deal with Netflix, the platform he’ll be creating these series for.

We learned that a TV show based on Horizon Zero Dawn was in development earlier this year. Netflix is looking to put the show together with Blackman, which will be based on the popular PlayStation series of games made by Guerrilla Games.

Horizon Zero Dawn follows the story of Aloy, a hunter in a world inhabited by robotic animal-like creatures. It’s set in a post-apocalyptic version of the United States of America where an event led the world to be overrun by these creatures, and only small numbers of humans survive in the wild.

Blackman said “Horizon Zero Dawn and Orbital are elevated, event level projects grounded in characters that fans will love and relate to. We’re thrilled to be working with Netflix and all of our partners on developing these ground-breaking stories.”

The Horizon show will be an “epic sci-fi adventures series set a thousand years in the future”, in a world inhabited by tribes and machines, just like the games. Michelle Lovretta will serve as co-showrunner on the TV show, working alongside Steve Blackman.

Horizon Zero Dawn was a huge success for PlayStation. It now has a sequel, Horizon: Forbidden West, and the original game is on PC. It has sold over 20 million copies globally across all platforms as of last year.