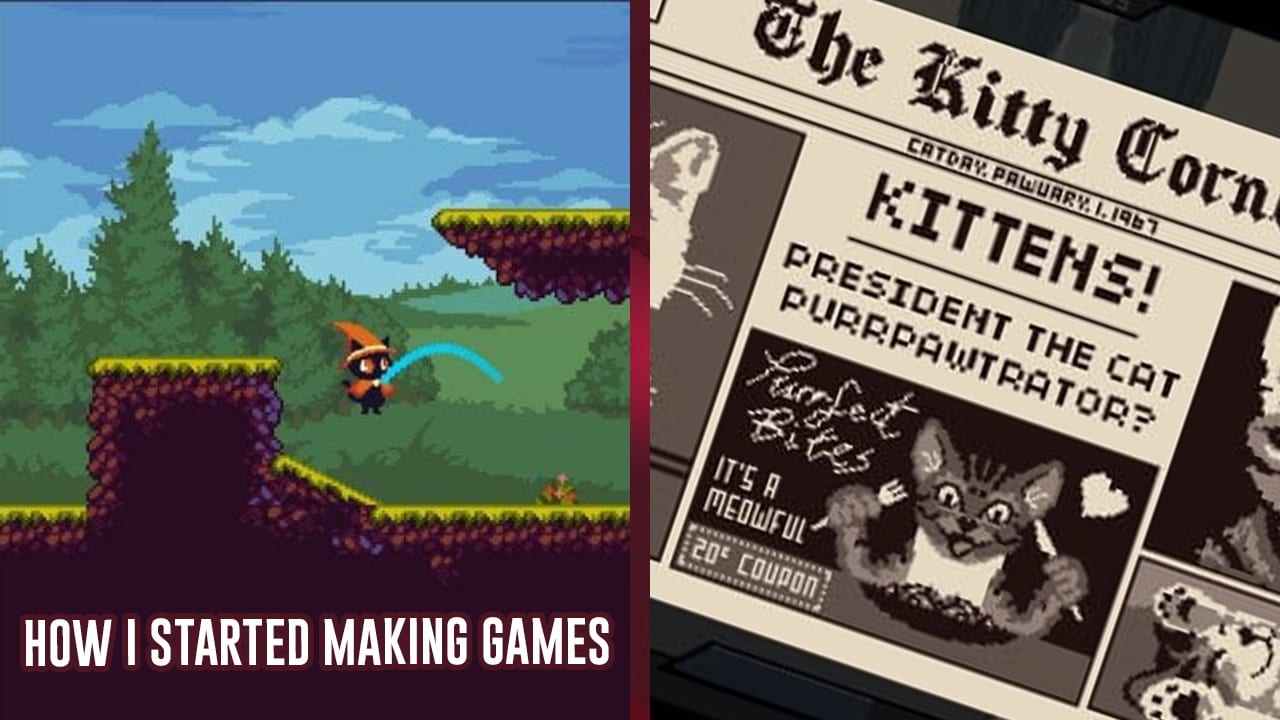 The last year has been a gruelling one, with the majority of the world being stuck at home. As a result, the world has seen a surge of people getting into game development for the first time. I’m one such person. Here’s how I got started making games.

For a lot of people, coding is a barrier that prevents them from dipping their toes into this new and exciting world. This has always been me; I have a background in art and storytelling, but almost nothing that could be remotely considered coding knowledge (barring my HTML Neopets days).

I’d always known of the existence of coding-free or lite engines, but these seemed only to be for specific types of games, such as visual novel makers. That’s when I discovered Construct 3, an event-based engine that runs entirely in an internet browser.

Construct 3 allows you to make anything from simple jam games to full-blown RPGs. There was even an 8-Bit NES game, Orange Island, built entirely in that engine. I used Construct 3’s free version, and started making a platformer about a cat mage with swappable, elemental spells. I had a lot of fun with it.

I realised I was lacking direction though, and decided I wanted to enter a game jam, to force myself to make and finish a game in a limited amount of time.

By now, I had been flashing my Cat Mage game progress everywhere, and found that two of my friends were interested in getting into game development too. One was a programmer and the other a musician. It was perfect.

The jam we landed on was the Historically Accurate Game Jam 3, which we picked as it was a week long, and took place over the winter holidays while we were all off work. The theme was Cold War, and we settled on a Space Race game.

Making it was an incredibly satisfying journey of knowledge and self discovery. We learnt how to use Unity, I learnt how to make pixel art. But most of all, I remembered what it was like to lose yourself in something positive. We made so many mistakes. We watched a gazillion tutorials on tools and design and unity. I lost count of the amount of problems we faced. But we came through them together as a team, and we made something we were super proud of, pushing the boundaries of everything we thought we were capable of in just a week.

We actually ended up coming third in the jam, but that wasn’t what stuck with us.

With every comment we saw, every piece of feedback we received and every time someone played our game, we could take a step back and think, “This was us. We did that.” It was an incredibly rewarding journey we found ourselves at the end of. But we didn’t want it to end for us there. We’ve already started our next jam, and our journey is really only just beginning!

In summary, don’t put off your goals until tomorrow. Start today! And talk to your friends. You may just find that they share the same dreams too.

If you want to find out more about what it was like to make The Great Space Race, and how we tackled our first ever game jam, I’ve made a series of videos on my YouTube channel.