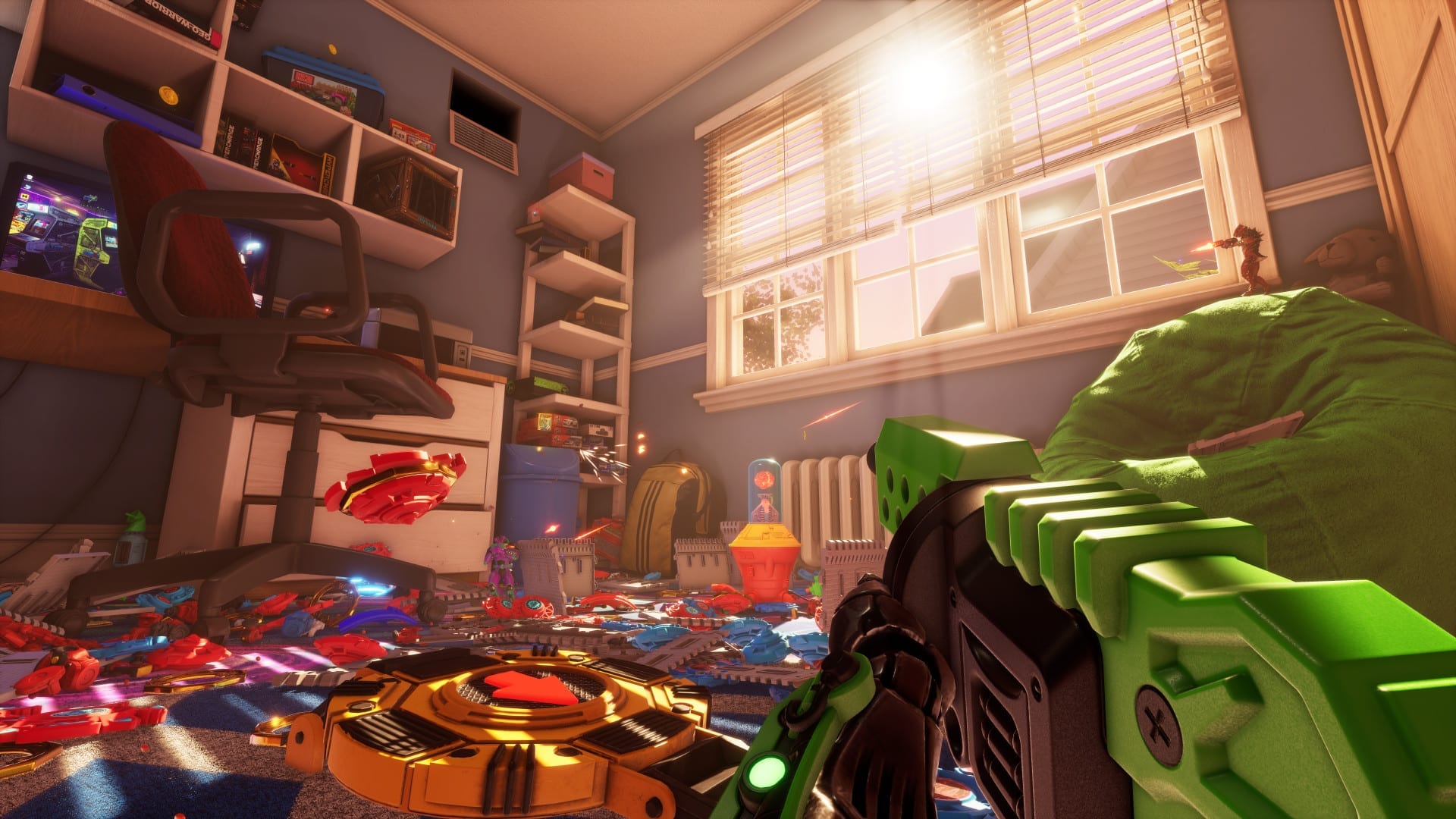 One of the best things about gaming is how it can make you feel like a kid again, and nothing achieves that quite like recent PC release, Hypercharged: Unboxed. Originally released on Nintendo Switch earlier this year, the game is now available on Steam, and it offers you the ultimate childhood nostalgia packaged up as a first person shooter.

As spotted by Kotaku, the game sees you and your pals battle waves of enemy toys in locations including a store that definitely isn’t Toys R Us and an arcade. Enemy types include Beyblade-like spinning tops, action figures, Boglin-inspired monsters and toy tanks.

The game sees you, a toy, break out of your packaging and exploring each environment to find weapon attachments and hidden collectibles before the waves of enemies attack. Along with shooting them, you’ll also need to build defensive towers to protect yourself and your teammate. Set against the wonderfully colourful backdrop, Hypercharged: Unboxed is charming enough to feel like a brand-new take on the traditional genre.

The game’s official Steam description explains: “Hypercharge: Unboxed is a classic style FPS that mixes Tower Defense with Wave-Based Shooting. It has a huge focus on teamwork, exploration and progression. Break free from your packaging (literally) and blast every toy to pieces. Can you and your squad fulfil the epic mission of Sgt. Max Ammo and protect the HYPER-CORE?”

Game features include the following:

If you want to give Hypercharged: Unboxed a whirl then check it out on Steam here!