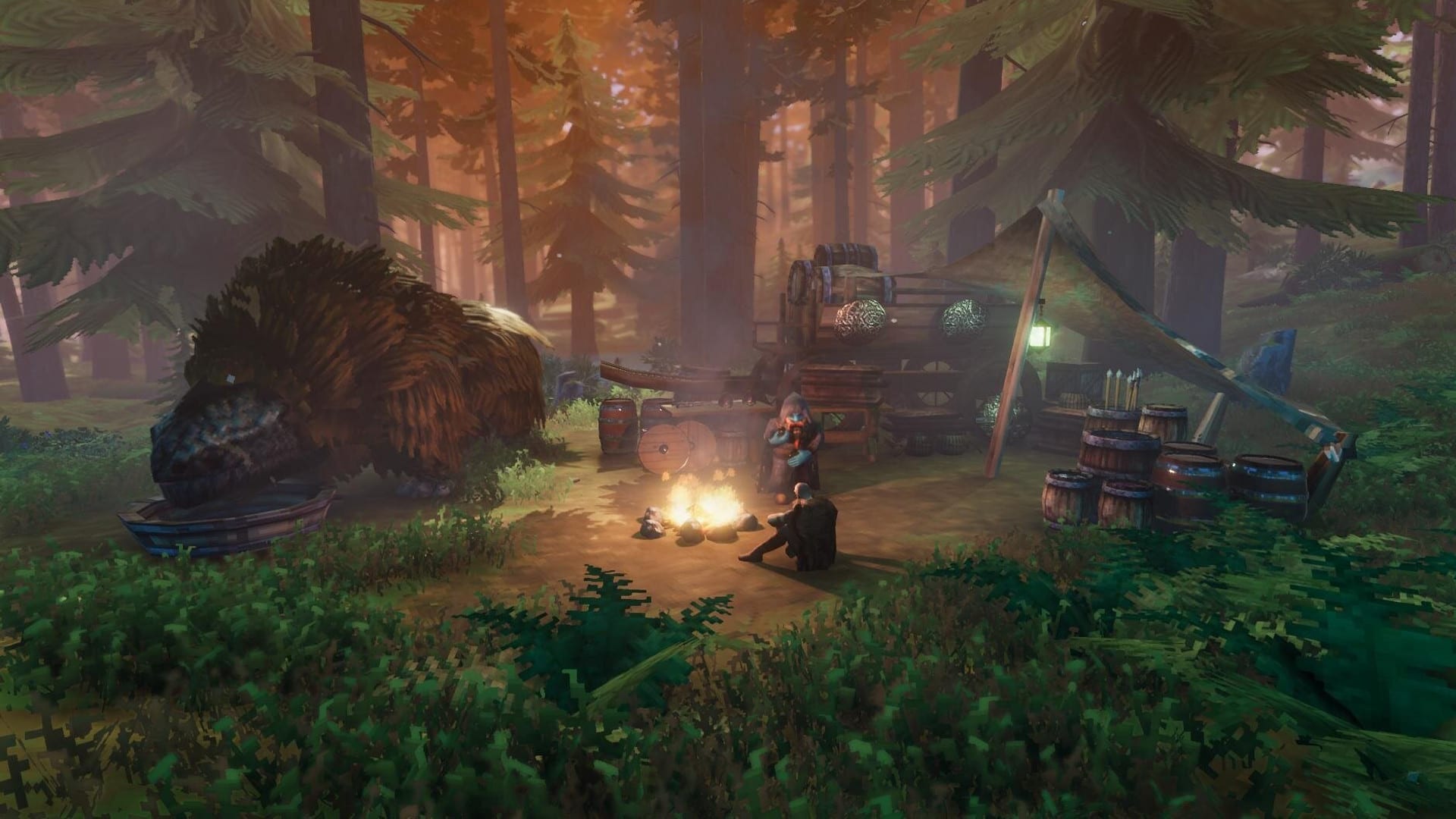 When you’ve lost your loot in the world of Valheim, who you gonna call? The Valheim Body Recovery Squad, apparently.

Most Valheim players have probably experienced the frustrations of having to make a naked sprint across the map to retrieve their dead body’s belongings. It’s a risky but necessary endeavour, one that makes even the modest boar into a murderous menace. However, The Body Recovery Squad is a team of Valheim professionals specialising in recovering player items from hard to reach tombstones.

As spotted by Eurogamer, the specialist team operates on the Body Recover Squad community Discord server through a channel called #assistance-application. Players can press an “SOS” button, which effectively sends a request for help out to the team. Once a player’s application has been successfully received, the team will request the server details before sending a team of hairy heroes on secondment to the troubled player’s world.

The BRS’ founder, Rim Jaynor, is a mechanic called Lucas outside of Valheim. In a conversation with Eurogamer, Lucas explained how the BRS came to be, lamenting on his own experiences within the game:

“We were lucky that we had a portal close by and another friend who wasn’t with us. For us, it was a quick run back through the portal to grab our stuff. In the discussion of the events it came up – ‘you know, what if we weren’t that lucky? We’d be back in the Stone Age!‘

“That singular moment, losing everything, can be so detrimental to players and has caused some to quit playing the game entirely. “I thought to myself, what if it didn’t have to be that way? What if there was a lifeline out there that helped players keep going?“

Since then, Lucas has gone on to form the Body Recovery Service, which has helped countless Vikings recover their belongings since its conception. Lucas also stated that no two missions are the same, with each taking the squad across the land, sea and the cold mountain air:

“I honestly have too many anecdotes at this point. From saving a player stranded on the leviathan, fighting back hordes of fulings to the awe of our client, scaling mountains with naked guys, to helping someone kill their first serpent, the list goes on.”

It’s needless to say that the efforts of the Body Recovery Squad are invaluable. Thanks to their efforts, many players will get to continue their efforts to reach Valhalla, whilst not succumbing to the harsh realities of death in Valheim’s afterlife.

Have you made use of the Valheim Body Recovery Squad?