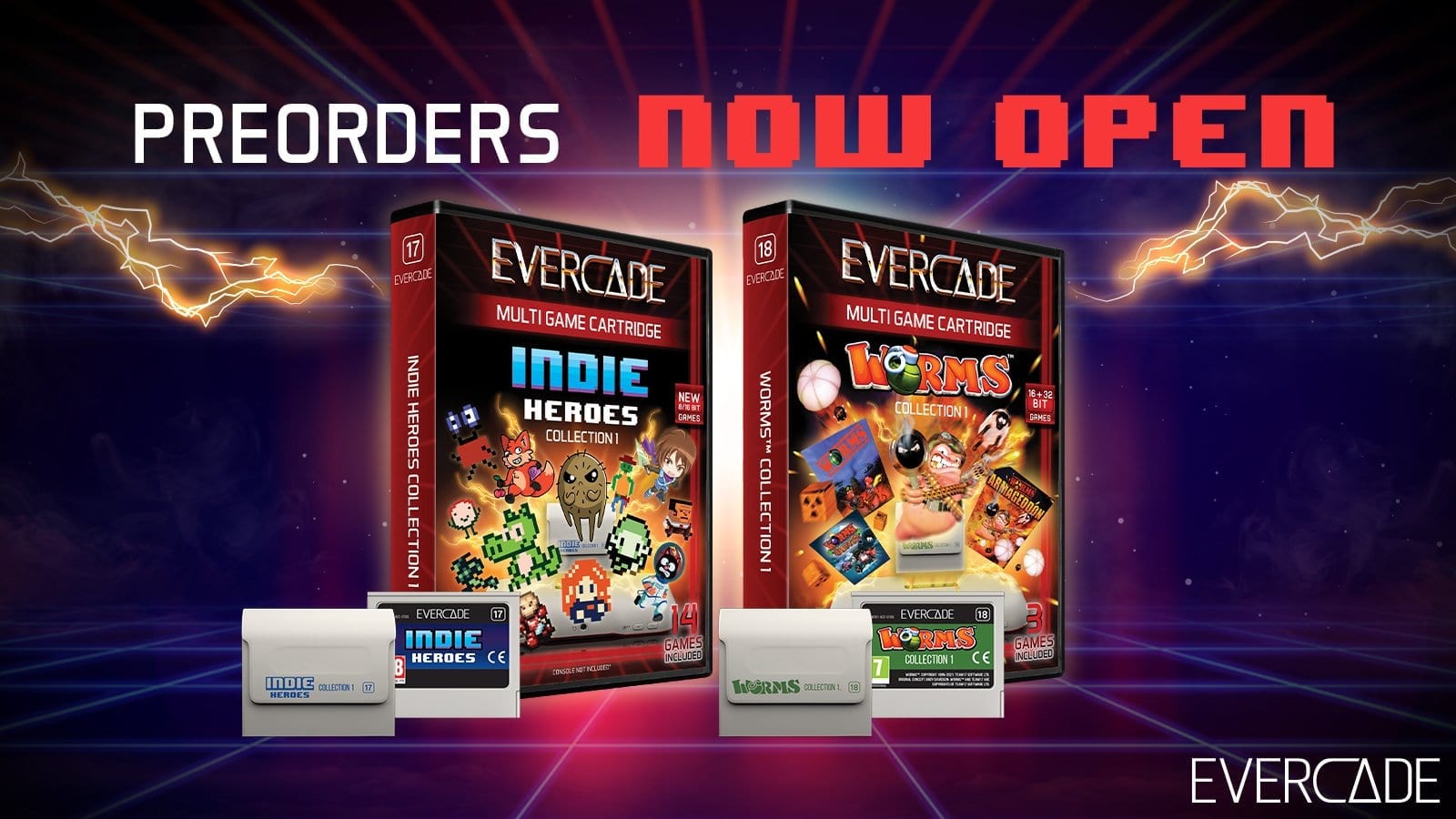 Fans of the Evercade will be pleased to know that the system is getting two new cartridges: an “Indie Heroes Collection” and a triple bill of Worms Games.

The new cartridges were announced via the Evercade’s official Twitter account, where the company stated that the cartridges would bring 17 new games to the system.

The Evercade has been praised for its affordability, as well as its ability to accurately emulate classic titles using physical cartridges. Each cart typically has between six and 20 games, meaning the Evercade’s library is growing stronger and stronger with every release.

Due for release in May 2021, the “Indie Heroes Collection” contains various titles originally developed for old hardware by modern developers. These include the likes of the Deadeus, a Game Boy horror published by Spacebot Interactive, and the 2016 NES platfomer, Twin Dragons.

The Worms Collection is also scheduled to release in May 2021, featuring three classic Worms titles on one cart. These include the original Worms, Worms Armageddon and Worms Blast. All three of the titles are from the 16 and 32-bit era of gaming. Worms first got its start on the Commodore Amiga back in 1995, with the game making its way to the likes of the SNES, Megadrive and Game Boy later on.

The Evercade has continued to see fresh new releases since its release, with these new cartridges joining a whole host of collections and first-time physical releases. Fans of classic microcomputing are also in for a treat, as the Evercade recently got an “Oliver Twins Collection”, featuring a whole load of Dizzy Egg titles.

Why do you do this to me? The collector needs to have them all ? Still trying to find 1 and 7 to complete so far… pic.twitter.com/f2wdl1LlXw

The Evercade is currently available on Amazon for £59.99 and includes the Namco Museum collection 1 cartridge. You can also pre-order the Indie Heroes and Worms collections through the likes of Funstock, Argos and Amazon.

Are you looking forward to new Evercade releases?