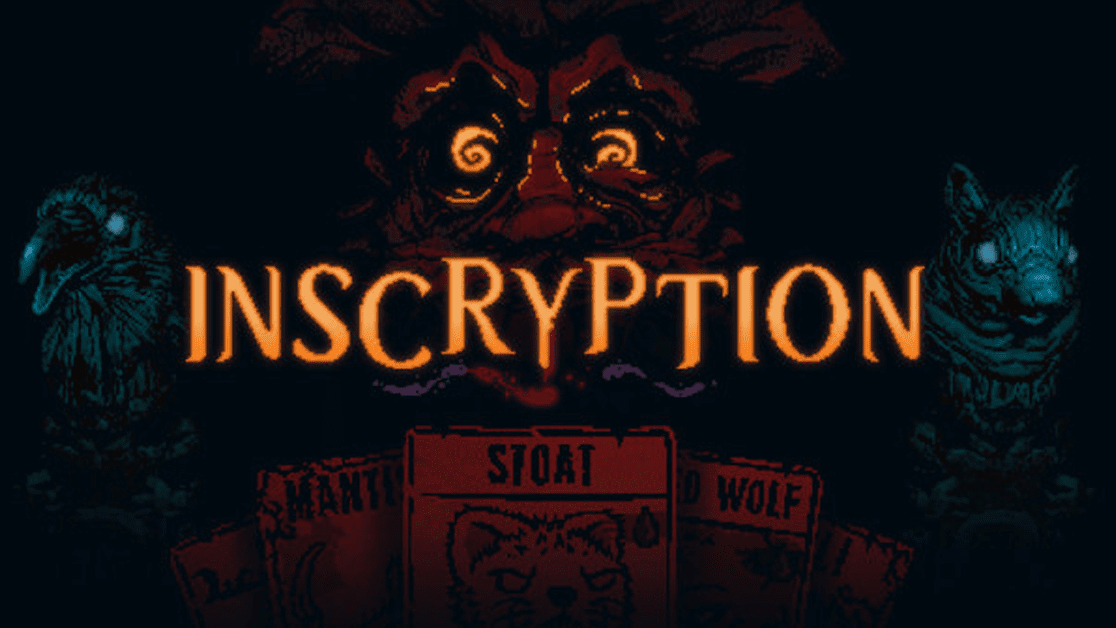 Inscryption will soon be coming to PlayStation consoles, as announced by the game’s creator Daniel Mullins, with exclusive new features.

Daniel Mullins announced his card-based roguelike game Inscryption, will be coming to the PS4 and PS5. Announced yesterday on the official PlayStation blog, Mullin’s noted that the PlayStation version of the game will contain new exclusive features.

Inscryption, published by Devolver Digital, originally released on Steam in October of 2021. What appears as a blend of deck-building and roguelike game mechanics, Inception evolves into its own thing entirely.

Here Are All The BAFTA Games Awards 2022 Winners

As the game starts you find yourself playing against a pair of glowing eyes from inside a darkened cabin. Those eyes belong to a being known as ‘Leshy’, and you must escape his presence by finding a unique set of cards. As the unnerving atmosphere of the game builds, you will be able to move around and complete escape-room-type puzzles. There’s a lot of variety to this psychological horror, making it a worthwhile addition to your PlayStation’s game library.

The PlayStation version of the game boasts new exclusive features, including making use of your PS4 and PS5 controllers. Your in-game companion, Stoat, will have his voice come out of the controller speakers. Your controller will adapt to the atmospheric lighting of the game. Making it one of those horror games best played with your house lights off.

For those of us who have managed to get ahold of a PlayStation 5, Mullin states that this new version of the game will make use of the PS5 controller’s haptic feedback. Something I wish all developers focused on.

No release date was given in the announcement but expect Inscryption to make its way to the PlayStation Store soon.

Just prepare yourself for the psychological horror that awaits you.