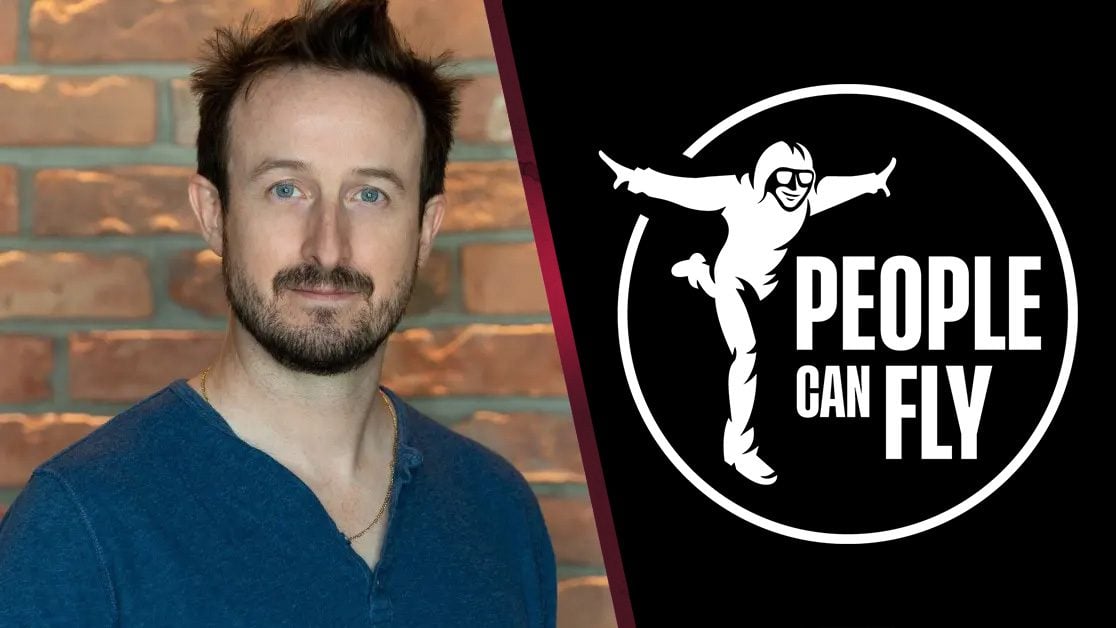 The People Can Fly studio has a storied history with several cult-hit titles under its belt. It’s evolved over the years to work on some truly unique titles, including the online RPG Outriders that was released in 2021.

Now, the studio is looking ahead to its next project and the technology it can use to bring them to life. GameByte sat down with Roland Lesterlin, creative director at People Can Fly, to discuss how the team approaches development and what exciting new things are on the horizon. Settle in for the long read!

GameByte: Could you explain a little bit about what your role is at People Can Fly?

Roland Lesterlin: “I’m the creative director on one of the projects at People Can Fly. My day to day is essentially creative management. I set the vision for a project, and then do my best to steer all these brilliant developers towards that vision, while accounting for all the great creativity that comes with that.”

GB: You worked on Just Cause 3 – how did your experience there inform the development of your new projects?

RL: “I come from a very systemic design driven vision, and People Can Fly make these incredible games that have are a lot of systems within them. If you play Outriders, there are tonnes of different ways to play it. The RPG elements of that game informs different ways to play it. And so I’m coming into a company that has that at its heart. Hopefully I bring a little of that table in the games that I make.”

GB: What are the biggest challenges in developing a systemic game?

RL: “Probably the biggest challenge is that until all the systems are stood up, you don’t know if you have a good game. Because everything can look good on paper, and hopefully – with your experience and in having brilliant developers around you – everyone has good instincts. But the reality is, each of those systems have to start talking to each other. Even the story itself… there’s a lot of narrative in world building itself. The art team will be building a world that is based on rule sets as well, so the systems building a world and the narrative around it needs to be cohesive.

“We’re all making the right decisions together. You build those two at the same time and then they all have to link up right at the very end of production after you’ve spent years of your life and lots of money.”

GB: You mentioned that money and team sizes are the limiting factor when it comes to developing systemic games – is that set to change?

RL: “There’s a little bit of a democratisation of game engines. Unreal has been around for a long time, throughout pretty much my whole career. But companies like People Can Fly that use that as a starting point means that we can develop technology for a game, but not the technology itself. We don’t have to start from scratch every time. Big proprietary engines take a long time for every developer to learn before they can contribute. We can hire people with experience with Unreal who can contribute faster. Indie devs can now download modules if someone puts something on the store, and it allows them to make an RPG faster.

“So I think we’re starting to get closer and closer up to technology not being the barrier for creation. For a very long time in game dev, you’d have an idea and it would take a really long time to see that come to fruition. We’re now able to prototype way faster, get something in-engine and know if an idea is good – because I can tell you not every idea is good, even if we think it’s great. But like all creativity, iteration is what makes things great. I think these new game engines, Unity or Unreal, are allowing developers to get to their ideas faster.

“Big games will only get more expensive, because audiences are expecting everything. They want a great narrative and great systems.. But if you really know your niche, don’t have to spend a tonne of money to make a great game. And I think that’s a big change because for a long time, we’ve been in that middle ground where it’s both expensive and hard to make games. Now, I think we have finally brought enough into our industry that an inexpensive game can still be a super hit. But it’s very hard to find this – it’s a lot of luck.”

What is it that players want?

GB: With players expecting the world these days, how do you market a game that can’t promise that?

RL: “I think you don’t communicate to the player, you communicate to your dev team first. If everyone making the game understands why we’re making that game, and clearly define the player that we’re after, those players will be there. Don’t worry that not everyone’s going to love your game. Know your audience, and trust that your audience will like that game. If you’re not a part of that audience and you can’t find joy in that, be careful making a game for that audience. Otherwise you will start spending tons of money on things that won’t necessarily make your game better.

“That’s where your game starts getting a little mediocre, and journalists will start ripping apart your game: “This mechanic sucks!,” they’re probably right! Because you weren’t focused on that one thing.”

GB: Where do you draw the line between trusting a player to know how to do the right thing and your game becoming inaccessible? Do you think we’ll start seeing more games take the Elden Ring approach?

RL: “The copycats will show up anytime people make a lot of money. But you discount the expertise that went into making that money. Elden Ring is the most accessible FromSoftware game that it has ever made. FromSoftware spent a lot of time on that tutorial. The jump down moment? It’s really smart – they trusted that gamers would do it.

“I think the value of systems driven games, especially with open world, has helped us broaden our our way of approaching. Red Dead Redemption is another great example. The opening credits were on a train, and everything about that train ride was very specifically done. It’s a promise to the player. You see wild horses and someone chasing them down. You see someone being pulled up on a Hangman’s tree. You see buffalo roaming. It’s a tease all the way through and you’re like “I know it’s an open world, I’m gonna get to do all these things.” That is how we trust the player. Every game needs to find their own way to tell the player what we trust them with.”

Click to the next page to read the rest of our interview!