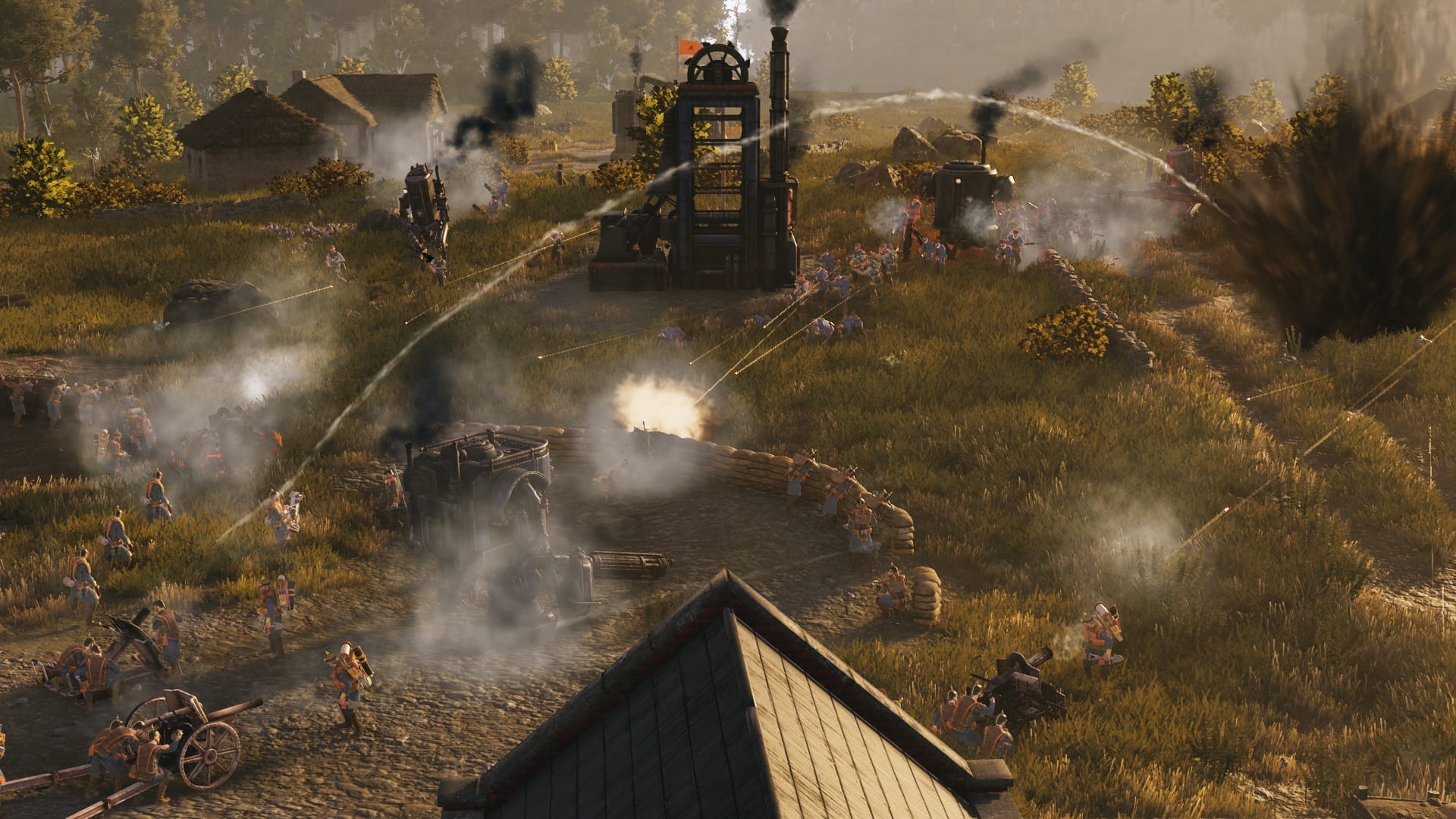 Have you got the hunger to play a new real-time strategy game? If so, then Iron Harvest is a game that should definitely be on your radar. Taking place in an alternate reality timeline inspired by the 1920s work of Polish artist Jakub RóżalskiIron, Iron Harvest also takes clear inspiration from real historical moments – especially World War I and the time that followed. There’s just one big twist: giant mechs and a dieselpunk/steampunk vibe.

You can now play an open beta of Iron Harvest in the build up to its PC release on September 1st. Called the “pre-season,” the beta will allow players to check out the three factions: Polania, Rusviet and Saxony and the way the game plays.

HOW DOES IT PLAY?

From our time with the game earlier this year we got to put Iron Harvest through its paces. It plays like many classic RTS games, and there’s definitely a flavour of Company of Heroes, Dawn of War and Warcraft 3 there. It builds on the classics though and uses that inspiration to make an experience that is familiar but different

The game comes with a single player mode that allows you to play through a story of each of the factions. There’s very clear good and bad guys in the game, but there’s a nice level of mystery to the story too. It’s kind of like the race to the moon but it’s not the moon they’re after, it’s something even more precious. Each faction will have seven missions each to their story.

The single player mode also did a great job of easing you into how the game works when we went hands on with it. It teaches you the basics of how to move around the map and take on enemies, then introduces how to work with other units and exploit enemy weaknesses. It rarely feels like a tutorial though, more of just a practical way to teach you things.

The tutorial helps you understand one layer of what makes the game work and then will add another one in the next mission to test you further. Understanding your troops and how they work is great, but it’s getting your head around the mechs that cause the real fun to start.

The mechs are what helps Iron Harvest stand out. It’s a unique style which isn’t overused in gaming, and some of them look beastly while also packing a punch to prove that their bark and bite are both lethal. Getting your tactics right with your characters and taking one of them down is a wonderful feeling. Much like getting your tactics wrong and getting wiped out is an awful one.

The gameplay might make you feel like saying “I’ve played this before” but that’s by no means a bad thing. It definitely knows where its roots are and it rarely feels like it’s trying to invent the wheel, it’s just trying to make that wheel one of the best out there.

I’m not the best at the RTS genre. I’m by no means terrible but I often get a bit giddy, throw all my troops at something I shouldn’t and end up getting wiped out. Iron Harvest encourages you to try things and, if you fail, at least you learned something. Every time I failed I had a new strategy for the next time I played and, nine times out of 10, that saw me victorious.

Outside of the single player mode there’s multiplayer as well. During my time with the game I got to try a 2v2 match and it was here I was most impressed. The matches were addictive, hitting me with that “just one more” feeling.

On my final match it felt like my team had the edge and were going to do well and then, with a small pan of my camera, I realised that wasn’t going to happen. Multiple mechs from the opposing team came towards my camp and nearly wiped me out, leaving me with just a handful of characters left and no resources.

I waited for them to leave and scrambled into my camp, rebuilding as quickly as I could. It was almost definitely in vain but that feeling of trying to keep alive was exhilarating. The fact I could live to fight another day due to letting my camp get destroyed taught me an important lesson and the race to try and save the day afterwards was fun, even if it was futile.

The single player is definitely a way to pass the time but the multiplayer feels like it will keep you coming back long after release, especially if the game can find its community. The fact it is going for a pre-season angle with its beta makes it feel like it’s hoping for a strong multiplayer fanbase. Who knows, maybe Iron Harvest could be the next esports hit?

Iron Harvest releases on PC on 1st September, with a PlayStation 4 and Xbox One release planned for sometime in the future. Check it out on Steam here

With the beta available now we’d love to hear what you think of the game. Make sure to let us know over on Twitter.