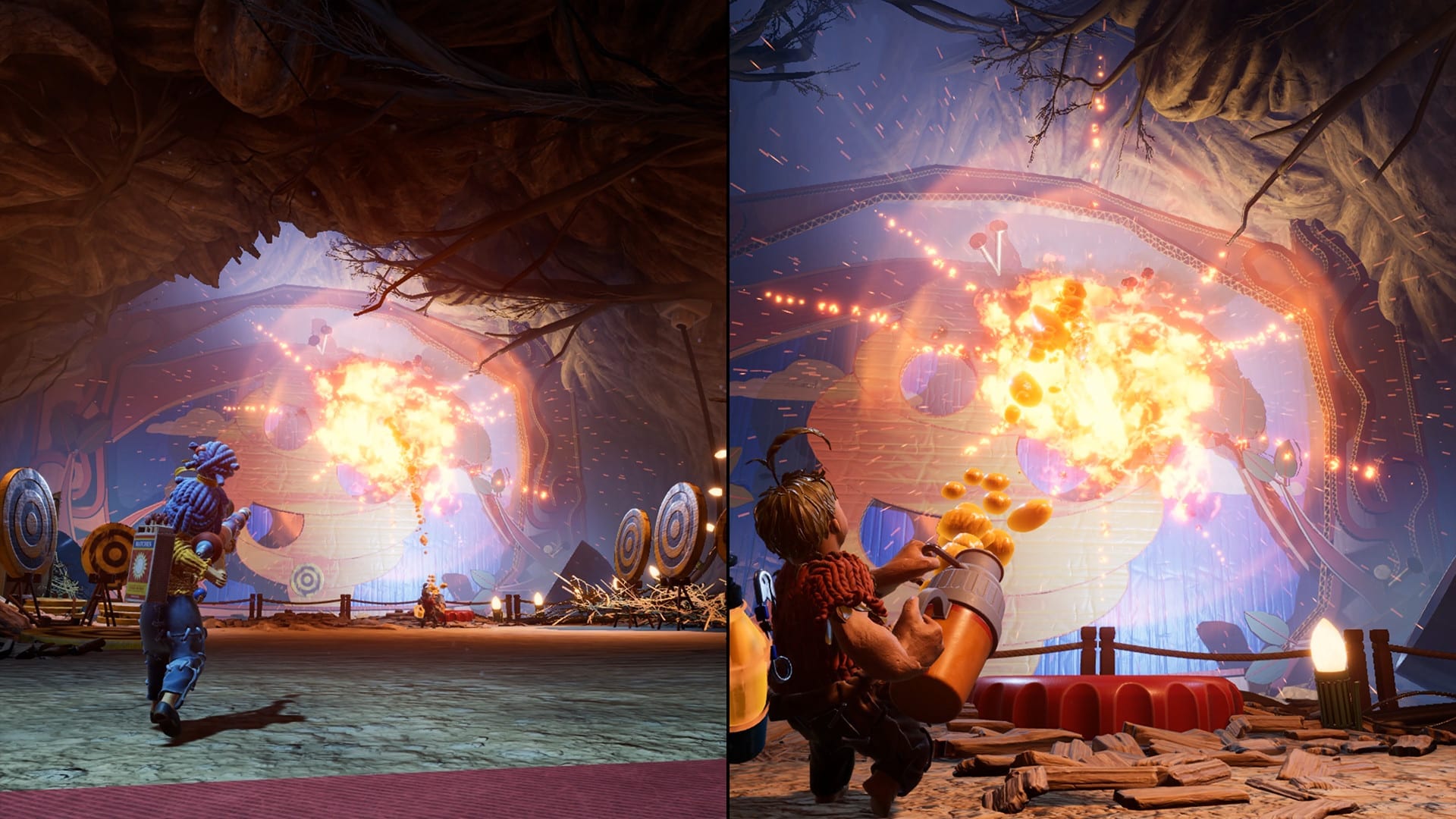 We recently had the chance to talk to Josef Fares about the upcoming Hazelight game, It Takes Two. It was an interesting insight into a lot of elements of the crazy co-op caper, and the work of Josef and the studio too!

One thing that he told us was about accessibility in the game. It’s a topic that’s important to a lot of people, and something that games under the EA umbrella do fairly well. So what can we expect from the upcoming It Takes Two?

“I like that this is becoming more of a normal these days and yes we have looked at accessibility in several ways,” Fares told us.

“We have the standard control options like sensitivity and such. The game also has menu narration and increased readability of subtitles. Another example is how we’ve made accessibility part of the design, like we don’t have any gameplay that relies on having to read-only colors, in those cases we’ve also backed it up with symbols as well.”

It Takes Two is a co-op adventure game about love and working together. We won’t spoil what happens, but the two lead characters end up as magical dolls who have to try and navigate a series of obstacles to hopefully get back to normal.

It will require you to co-operate to solve puzzles, progress through levels and take down some pretty daunting bosses.

You can check out two boss fights from the game below!

Fares is so confident in how fun It Takes Two is, he’s promised people that get bored of the game $1000. It’s a bold claim but, from my time with it, I can see why Fares is feeling so confident!

From what I’ve played of the game so far, it’s looking like it could be one of the hidden gems of 2021.

Each section feels like something new, and although some mechanics get repeated (like platforming, wall jumps, etc) there was a new hook to each part of the game I saw in the demo.

One particularly nice thing is that if you buy the game, you can invite someone else to play with you even if they don’t own it! It’s a nice way to make sure the co-op experience can be shared with as many people as possible.

If you’re interested in picking up It Takes Two then you can pre-order it now from the GameByte Shop.

It Takes Two releases on PlayStation 4, PlayStation 5, Xbox One, Xbox Series X and Series S and PC on March 26th.