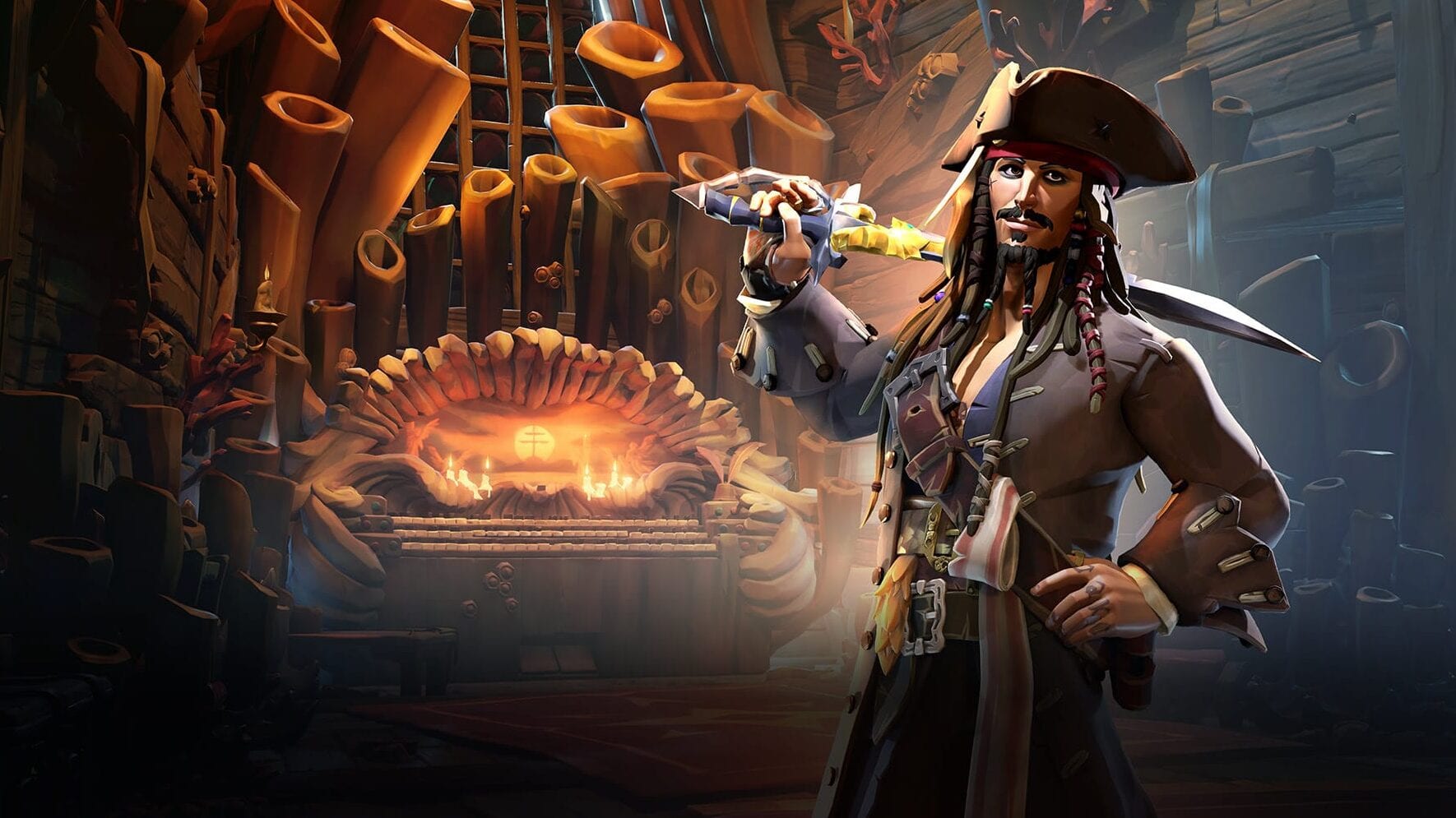 A brand new Pirates of the Caribbean themed free expansion is coming to Sea of Thieves this June, and Jack Sparrow is along for the ride.

Revealed during Microsoft’s E3 presentation, Sea of Thieves: A Pirates Life is a new expansion that merges Rare’s swashbuckling adventure with characters from Disney’s Pirates of the Caribbean. Here’s a description of Sea of Thieves’ Season 3 content from the game’s official website:

what is sea of thieves: a pirate’s life?

“Free to all players as part of our Season Three update arriving on June 22nd, this unforgettable adventure takes place over five Tall Tales charting a new threat to the pirate way of life from beyond the horizon. After rescuing Captain Jack Sparrow from an unfortunate predicament, you’ll set sail alongside him to uncover secrets, encounter characters old and new, and clash with surprising enemies as you explore the Sea of Thieves – and visit some new locations that’ll be familiar to fans of Disney’s Pirates of the Caribbean film franchise and the theme park attraction.”

According to the official Sea of Thieves website, the new expansion is the “biggest and boldest” update since the game’s 2019’s Anniversary content. Rare has also revealed that it has worked with Disney to ensure that the Sea of Thieves expansion “brings out the best elements” of both franchises.

So, if you’ve not played Sea of Thieves for a while, now could be a great time to jump back on board. While one of the expansion’s biggest selling points is the inclusion of Captain Jack Sparrow, the adventure will also feature characters such as Davy Jones and the sea goddess, Calypso.

Sea of Thieves: A Pirate’s Life is coming to the game for free on the 22nd of June 2021. Are you excited to set sail in this high-seas crossover? Join the discussion on our social media channels!