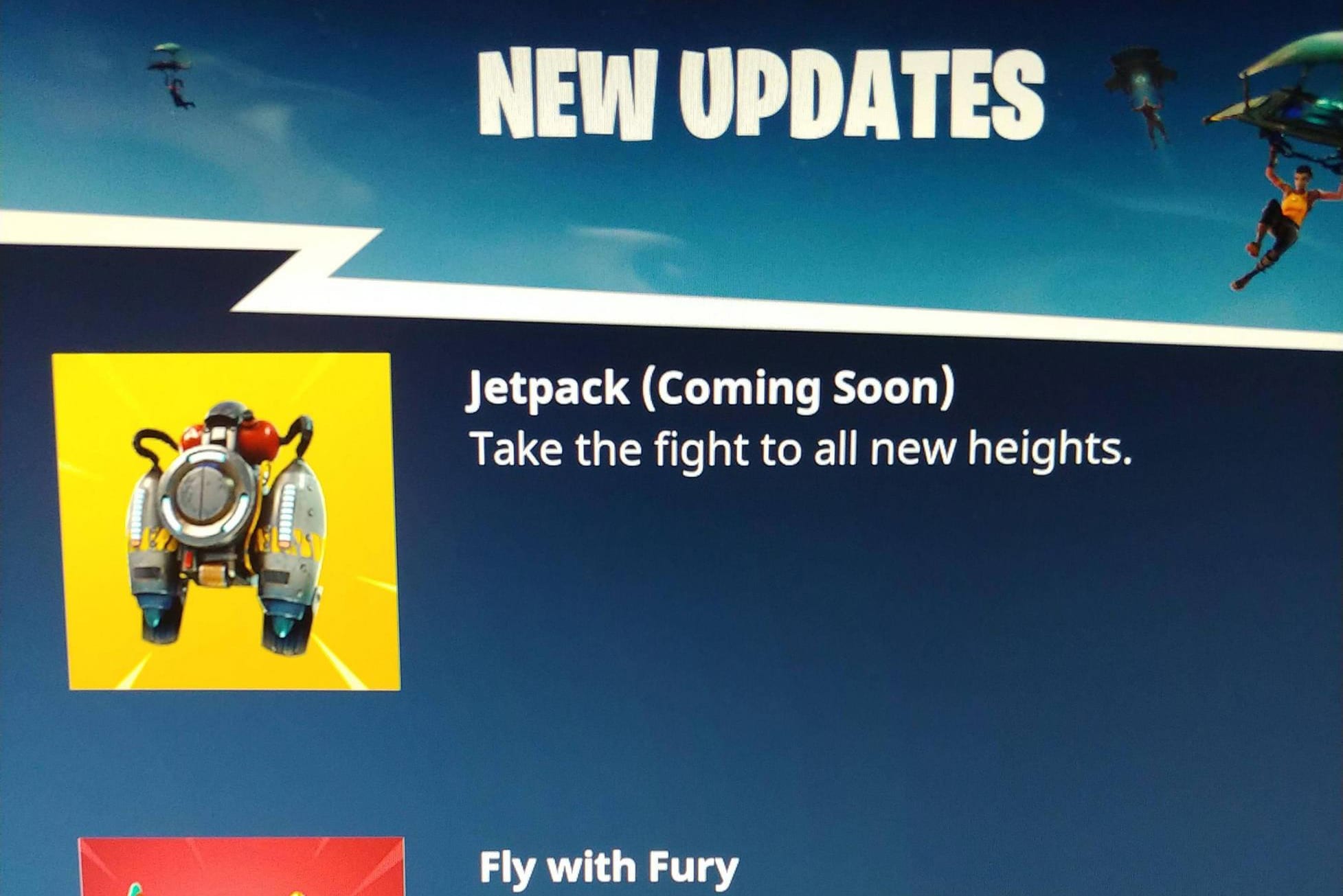 A reddit user by the name of xCosmit has leaked the image of the next update screen which includes a picture of a Jetpack. 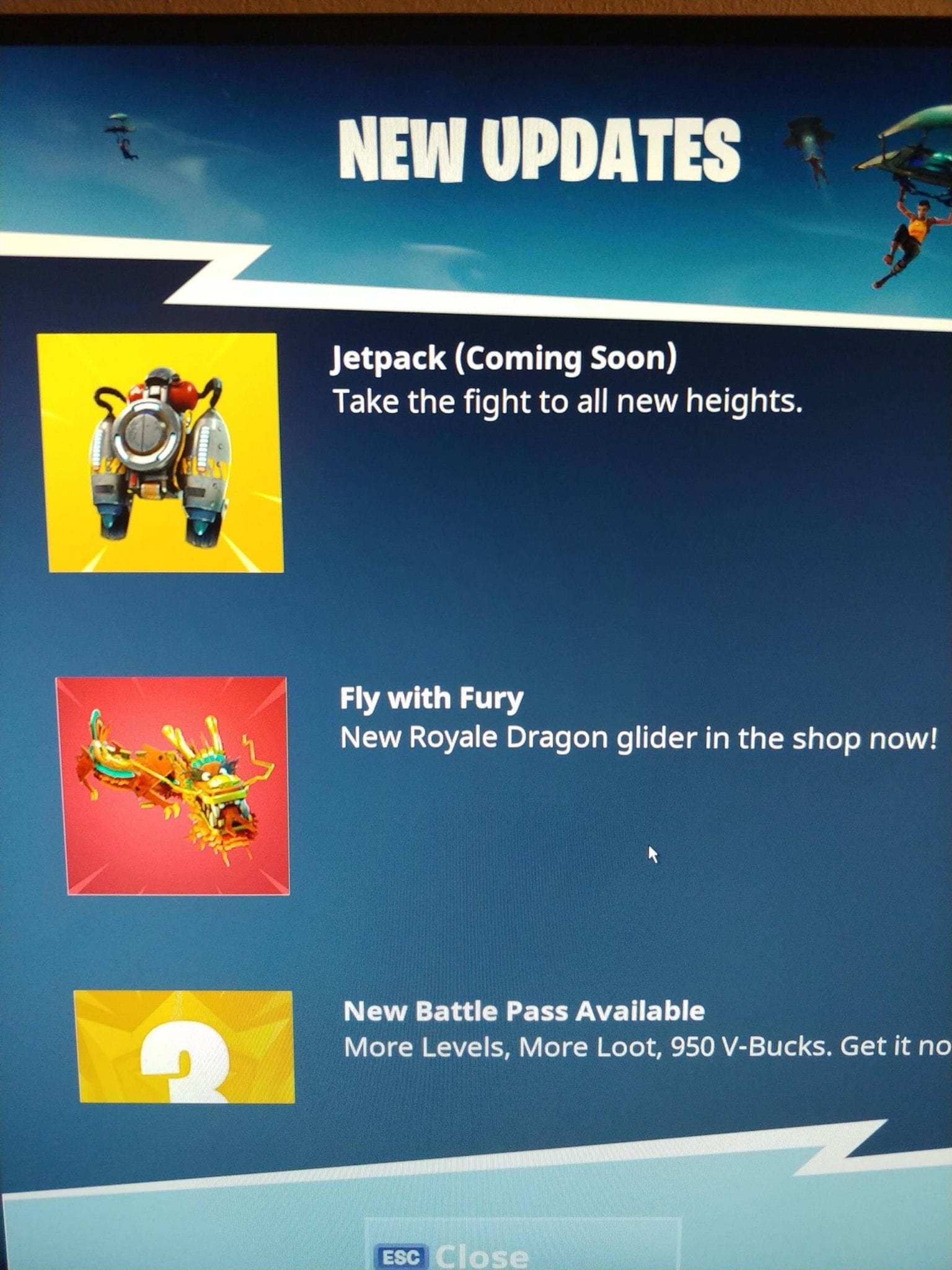 Most players will have seen this screen last night as when you log in it always pops up before you can start playing. However not many (Maybe only just xCosmit) got to see what is potentially coming in the next update. This is the first we are hearing about this potential new item.

This item could be a drop from a chest, we assume it will be legendary dropped item. However this could just be a glider instead.

‘Jetpack (coming soon) – Take the fight to all new heights’

This would suggest that it will be more of an item that you can use to infiltrate peoples bases rather than a glider. This could also be a great way to get into the circle if you are far away from the next zone. This could be the replacement for vehicles as a mode of transport.