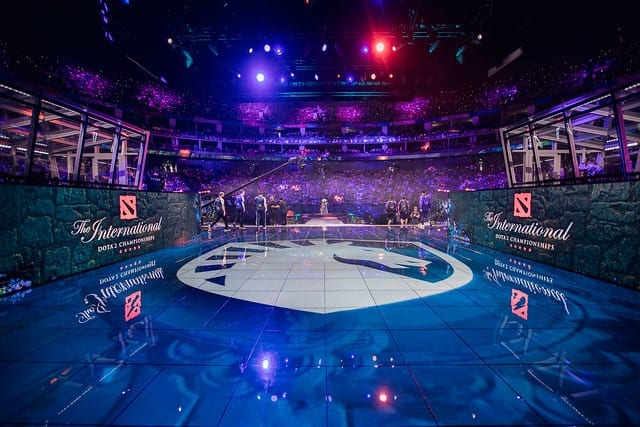 UFC commentator and podcast host Joe Rogan was recently left shocked to his very core after learning just how big the world of professional gaming has grown over the last few years.

During a segment on his Joe Rogan Experience podcast, Rogan and Quake creator John Carmack chatted about the phenomenon that is esports.

Carmack said [via Dexerto]: “I remember when we did the Quake Red Annihilation tournament. I gave away my first Ferrari as a grand prize, and I was thinking this is just the most over-the-top thing thing. This is going to be unmatched for years.

“It was only a year later that there was some other tournament with a $100,000 prize coming out. So, that went on much quicker than I expected and today you have the amazing celebrity of the top pro players. It’s great to see the path that it’s taken.”

When hearing about the cash prizes that pro gaming tournaments can pull, Rogan was clearly shocked – but it wasn’t until he saw a picture of one of the crowds that he saw the big picture.

Check it out in the video below.

Aside from the fame, one of the most appealing things about the esports world is – of course – the potential to score huge amounts of money.

Everyone knows that there’s a serious amount of $$$ to be made in the world of professional gaming, but Dota 2’s top cash prize recently left the rest of the esports world quaking in its boots.

Dota 2 officially now has the largest top cash prize in the entire history of esports, coming in at an eye-watering $33 million.

The prize is so huge thanks to it being the International, in which a battle pass system is used to unlock more content for players. The more money players fork out for Dota 2 battle passes, the bigger the International prize pool gets, as a portion of every dollar spent on the Dota 2’s “Compendium” is added to The International’s pool.

And people are surprised to hear that esports are popular…?