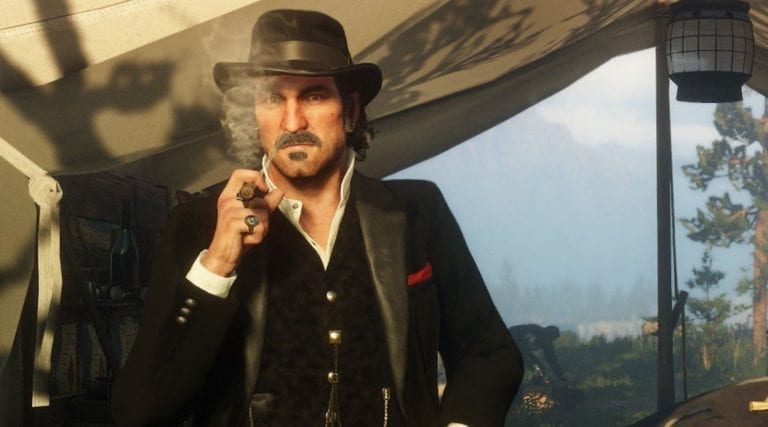 John Carpenter, the director behind such films as The Thing, They Live and Escape From New York, stopped playing Red Dead Redemption 2 for a very peculiar reason.

The director said he thinks he’s pretty good at games. However, a particular hurdle in Red Dead Redemption 2 caused him to stop playing entirely. He couldn’t get on his horse.

The filmmaker couldn’t play because he “couldn’t get on the damn horse”, describing the game’s controls as not “intuitive”. While he’s pretty decent at other games, with this one he was “terrible” and simply couldn’t get into it. And he’s certainly not alone, with other critics also struggling with getting to grips with the controls.

He revealed his problem in a new interview with The New Yorker, where he also discusses other games he’s been playing. When he was asked about video games and cinema, he said “They borrow some of the same things as cinema, but you can’t get away from the interaction that players have with what they’re doing. But video games are young yet. They haven’t really reached their full potential.”

The first game he played was Sonic the Hedgehog, and now he’s playing games like Horizon: Forbidden West and Fallout 76. He acknowledged the latter’s rough launch, but he says he still really likes the game. He also discussed how his son got him into games like Halo and various platformers.

As for Red Dead Redemption 2, it seems like it’s just not for him. The game is still extremely popular, but some people just can’t get into it. And it’s a big commitment too – it’s a very long game with a lot of cutscenes, dialogue and horse riding.

Be sure to check out the rest of the interview if you’re a fan of Carpenter!