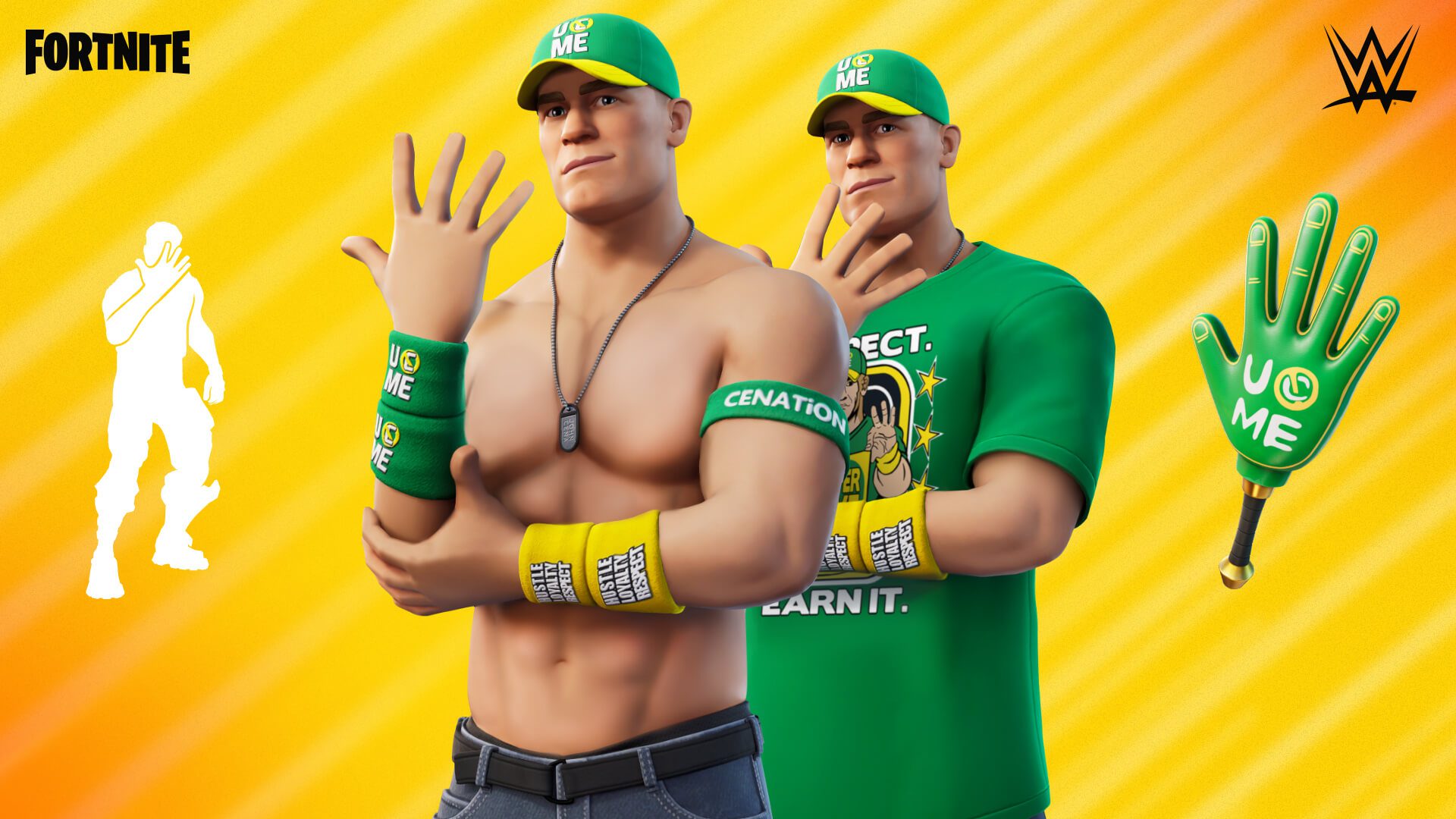 In a world where all manner of pop culture icons are getting added to Fortnite, WWE superstar-turned-actor John Cena is the latest to join Epic Games’ battle royale.

Players will be able to get the John Cena Fornite skin at the item shop on 28 July at 8PM ET and 29 July at 1am BST for those in the UK. The sets available include the 16-time champion’s Entrance Clear and Ring Gear styles.

Although Epic made clear in their press release that the Cena set sadly “doesn’t actually have an invisibility feature”, there’ll be some matching items available in the Item Shop too. These include the WWE Championship Title Black Bling, the open-hand Five Digit Slapper Pickaxe, and the wonderfully named U Can’t C Me Emote.

John Cena isn’t the only big-name fighter supposedly coming to Fortnite. Just recently, we found out we might be getting Dragon Ball characters coming to the game as well.

The John Cena Fortnite news comes at a peculiar time as well, being just days after Vince McMahon, former boss of the WWE, announced his retirement amidst sexual misconduct allegations. In other news regarding WWE games, four titles had recently been delisted by 2K without warning.

Then in other hit Epic Games titles, Fall Guys announced they will be adding WWE stars into their shop too – adding costumes for The Undertaker, Asuka, and Xavier Woods. How delightful.

Looking for more Fortnite content? You can also buy some of the latest Fortnite packs and bundles from the GameByte Shop from £20.95.

What do you think of the John Cena Fortnite news? Will you be joining the Cenation? Which outfit would you prefer? Can you actually see him? Let us know across our socials!