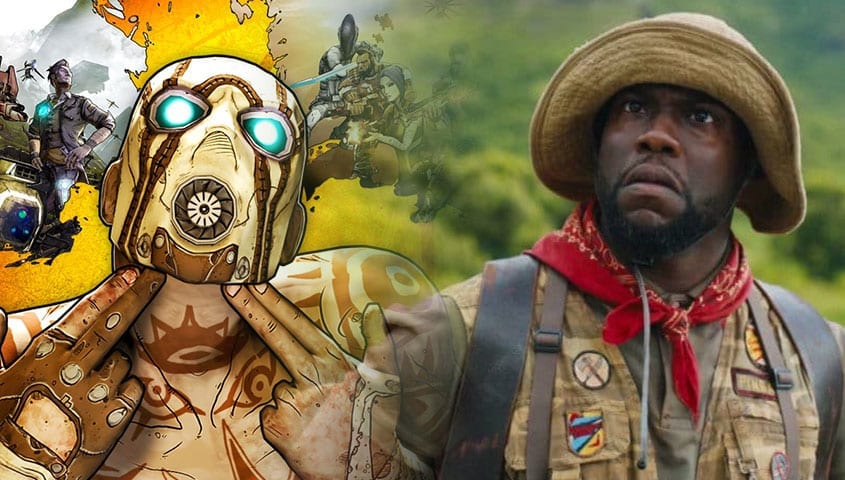 According to reports from The Illuminerdi, American comedian and actor Kevin Hart is to star in the upcoming Borderlands movie based upon the popular video game series.

At this time it is said that the story of the Borderlands movie is set on the abandoned fictional planet of Pandora in which its cast of characters are hunting for a powerful lost relic.

It will be directed by Eli Roth (Inglourious Basterds & Cabin Fever), with Aaron Berg (G.I Joe: Ever Vigilant) and Craig Mazin (Chernobyl & The Last of Us TV series) writing.

Apparently according to the recent reports, Kevin Hart will be drafted in to play popular character Roland who is a highly trained former soldier of the Crimson Lance.

At this time the casting of Kevin Hart hasn’t been confirmed as of yet, but you know what they say: “there’s no smoke without fire”. Kevin Hart will certainly bring a lot of his signature humour to the movie!

In June of 2020 it was confirmed that Hollywood actress Cate Blanchett (The Lord of the Rings & Thor: Ragnarok) would also be starring in the Borderlands movie adaptation.

While we might have Blanchett confirmed, we’re still waiting to find out if there’s any truth to the rumour of Hart’s role in the upcoming movie. For now, all rumours must be taken with a pinch of salt.

We don’t have any release date or window for when the Borderlands movie might release but seeing as it’s still in the very early stages of pre-production we can probably expect it to be at least two years away.

Sign-up to the GameByte Newsletter and be the first to find out when the new-gen consoles will next be in stock at the GameByte Shop! Can’t see the form? Try turning off your adblocker!