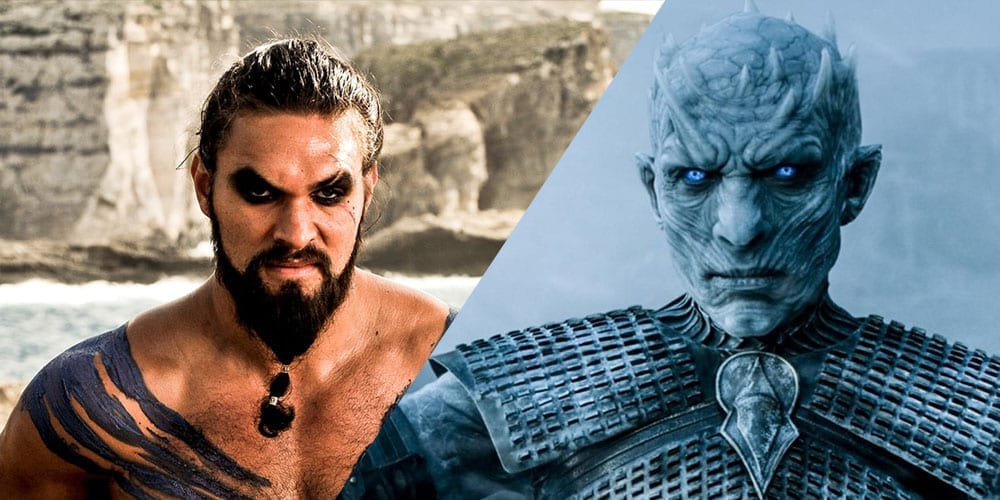 We’ve got a few months left until we get to watch the final season ever of Game of Thrones, so you can imagine that fan theories are reaching an all-time-high.

However, on particular fan seems to have stumbled across something that is actually very interesting – could Khal Drogo be coming back to defeat the Night King?

Redditor user cadiacman wrote: “All characters that have been burned to death/after death by fire will be reincarnated by R’hllor (god of fire/light/red god).

“You fight an army with an army, an army of burned dead people that you resurrect, 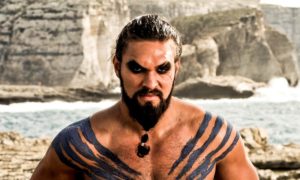 Cadiacman continued to explain that Red Priests will be the ones to resurrect the fallen heroes from the past, and Bran Stark could even travel back in time to convince the Mad King to kill a few thousand of his people to help numbers for the battle against The Night King.

Plus, the man behind Khal Drogo, Jason Mamoa, has actually been pictured on the set. If I could put some side eye emojis here, I would.

We all remember that ridiculously intense season 7 ending of Game Of Thrones, and if you don’t remember it or haven’t managed to get yourself up to date with everything yet then do not continue to read this article. Just don’t.

Well, now we can talk freely, viewers were left on tenterhooks after the White Walkers managed to storm The Wall (thanks to that giant undead Viserion of doom that they stole from Daenerys), leaving the lives of Tormund and Beric in the balance. Did they get crushed under the giant ice mountains that tumbled underneath them? While we’ll probably have to wait until April for the complete answer to that question, it appears that in a recent Reddit AMA the director for Game Of Thrones, David Nutter, cleared up a few of the fan’s queries – and one of those hinted that Tormund definitely made it after disaster struck.

When someone asked who his favourite character in the upcoming series is, he replied with: “I can’t tell you – I love them all – with he and Cersei of course, Lena Headey who I worked with on the Sarah Connor Chronicles is a favorite of mine as well. Can’t leave out Emilia and Kit Harrington (Jon Snow) as well but the cast is fantastic there’s not one bad one in the bunch – to think of the Hound and Tormund and all those guys this last season was just magical.” 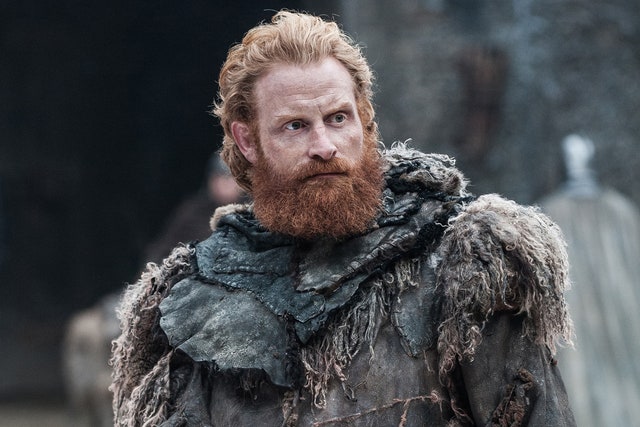 TORMUND. WORKED WITH TORMUND, EH? If that’s not confirmation that our loveable Wildling is alive and well (probably until like 10 minutes into the first episode, anyways) then I don’t know what is.

He also said that we WILL be getting to see a Direwolf return in the upcoming season, and lifted the lid on why it’s taken so long for the shows to become available for us all.

“Visual effects! Things take time my friends – they take a lot of time to create and GoT is the last place you’re going to find half-baked work so it’s all about making sure they fill the frame with as much capacity as possible and making it as real and right as possible. Small price to pay for the amazing quality that comes out of that show.”

I don’t know about you, but I’m SO excited for season eight. Bring on April 2019.