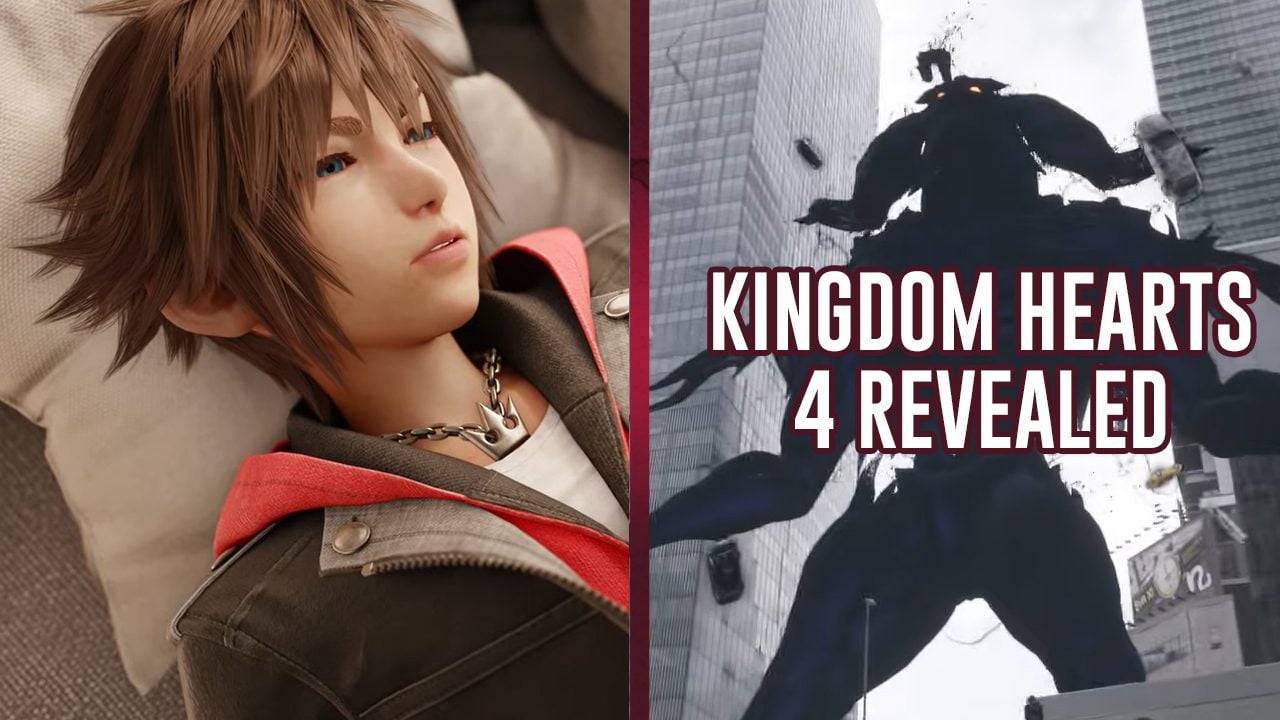 In the trailer, we see what looks like the real world being taken over by Heartless. The trailer shows Sora, with a new look, taking on a giant Heartless whilst, what seems like Organization XIII, watching from afar. It ends with a glimpse of Donald and Goofy as well.

The setting for this trailer seems very similar to what we saw in the secret ending of Kingdom Hearts 3. However graphically there definitely seems to be an improvement and we are seeing the setting in the daytime.

The giant heartless shown is similar to what we have seen in previous Kingdom Hearts games, which makes it very easy to compare. Look at how far it has come!

You can see the trailer below. The trailer starts at around the 4-minute mark but we recommend checking out the other Kingdom Hearts games announced as well in the video.

Square Enix also tweeted about the event. You can see it below.

Here’s a look at the future of the Kingdom Hearts series, just revealed at the 20th Anniversary Event held in Tokyo. #KH20th pic.twitter.com/WkmknaMcqO

KINGDOM HEARTS on Twitter: “Here’s a look at the future of the Kingdom Hearts series, just revealed at the 20th Anniversary Event held in Tokyo.”

Want to be reminded of some of the most heartbreaking moments in the Kingdom Hearts series so far? Check out our list breaking down 10 of them!