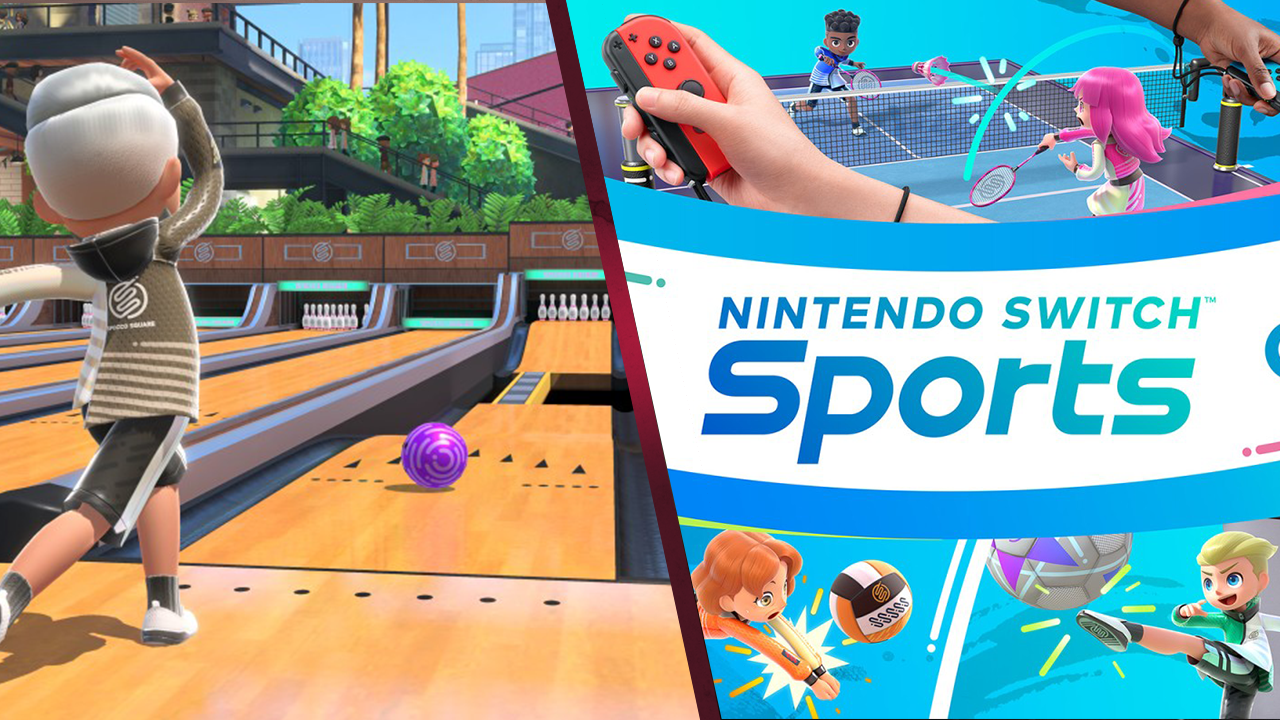 In 2007, we were given Wii Sports – a sports simulation icon loved by families all over – ultimately adding to the Wii’s monster 150 million+ sales numbers. Now, the sports fun is returning to players both casual and simulation fanatics alike. On April 29th, it’s time for the launch of Nintendo Switch Sports, which you can pre-order for just £37.00 at the GameByte Shop.

What can you play in Nintendo Switch Sports?

To start, Switch Sports’ stylish sports plaza will let you compete in 6 sports, some you’ll recognise, and others entirely new to the franchise. In addition to soccer, tennis, chambara (swordplay), football, bowling, and badminton, golf will also be added as part of a free update later in 2022!

Utilising the full potential of your Nintendo Switch Joy-Con controllers, living room sports days are going to be better than ever. With the Joy-Con’s gyroscope functionality, you’ll be able to simulate real motion in-game for crafty and well-timed shots in tennis, expertly curved throws in bowling, and smashing spikes in volleyball.

With the free leg strap included in the physical copy of Nintendo Switch Sports, you’ll even be able to execute professional-level volley’s with first-rate motion in Soccer’s Shootout-Mode. Also part of a free update later this year, you’ll also be able to bring this realistic motion to full Soccer matches as well.

Where You Can Buy Nintendo Switch Sports

You can pre-order Nintendo Switch Sports for just £37.00 at the GameByte Shop.

You can also enjoy our GameByte Loyalty Scheme free of charge! For every £1 you spend, you’ll build up points which you can later redeem for massive discounts. Here is the full breakdown:

Are you excited for Nintendo Switch Sports? Or how about Hogwarts Legacy, also available for pre-order now? Let us know on our socials like our Twitter or our Discord.