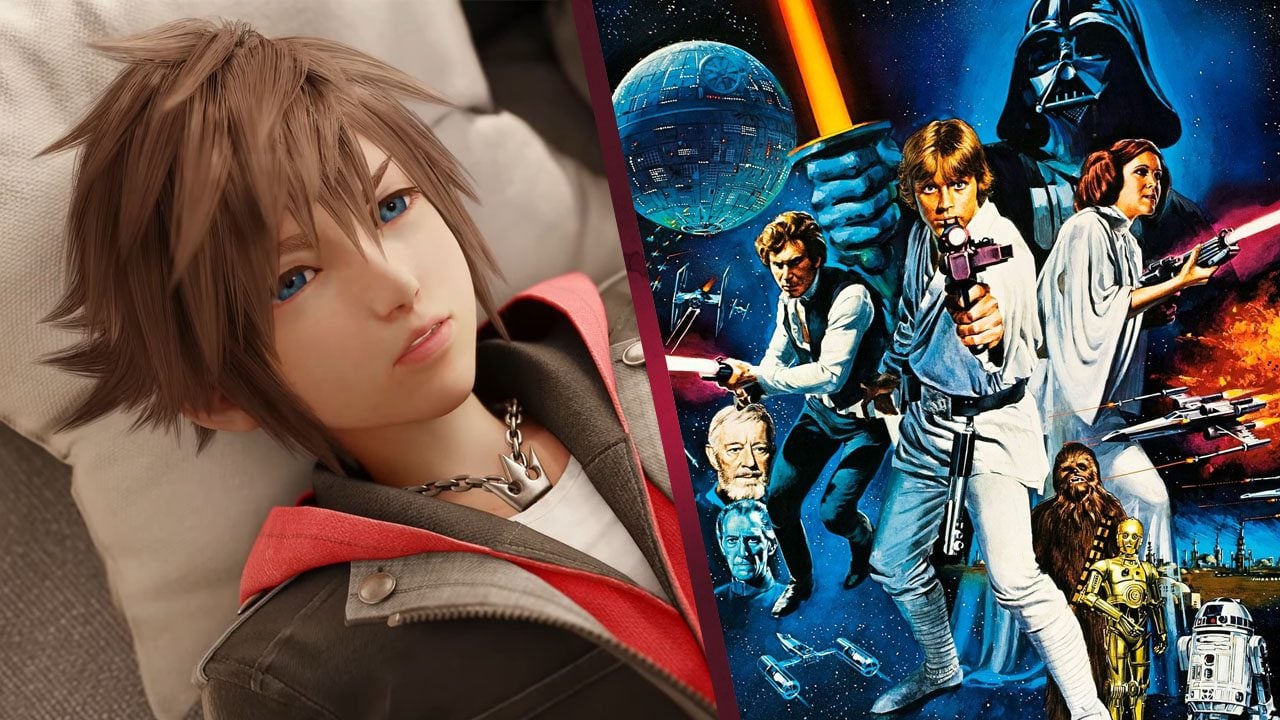 After the reveal of Kingdom Hearts 4, fans are speculating that some of the shots in the trailer might be teasing a Star Wars world.

It is incredibly safe to say that Kingdom Hearts fans have been clamouring for a Star Wars world for years. Of course they would, because Star Wars is one of the biggest franchises in the world, and Disney owns it. Not only that, but Star Wars has been a direct influence on Kingdom Hearts.

Yesterday, Kingdom Hearts 4 was revealed, though it has a much more realistic look than any of the games before it. Interestingly, the trailer starts off in some woods, before eventually moving on to the Tokyo-like city called Quadratum. But there’s one particular shot in the trailer that is making fans think a Star Wars world might finally be happening.

You can see in the above tweet in the top left image something that resembles a metal foot. And Star Wars fans think that it bears a pretty similar resemblance to the foot of an AT-ST. It’s hard to say for certain if it definitely is one or not, seeing as we can only see such a small portion of it. But there does seem to be some similarities between the two pieces of metal. As pointed out by Twitter user Audrey, Japan doesn’t have the kind of redwood trees we can see in the trailer, lending more credence to it being set on Endor.

It’s unlikely we’ll hear anything more about Kingdom Hearts 4 for a while though, so for now this will just have to remain speculation. But a Star Wars world would certainly make fans excited, so let’s keep our fingers crossed.

What worlds do you want to see in Kingdom Hearts 4? Let us know on Twitter!