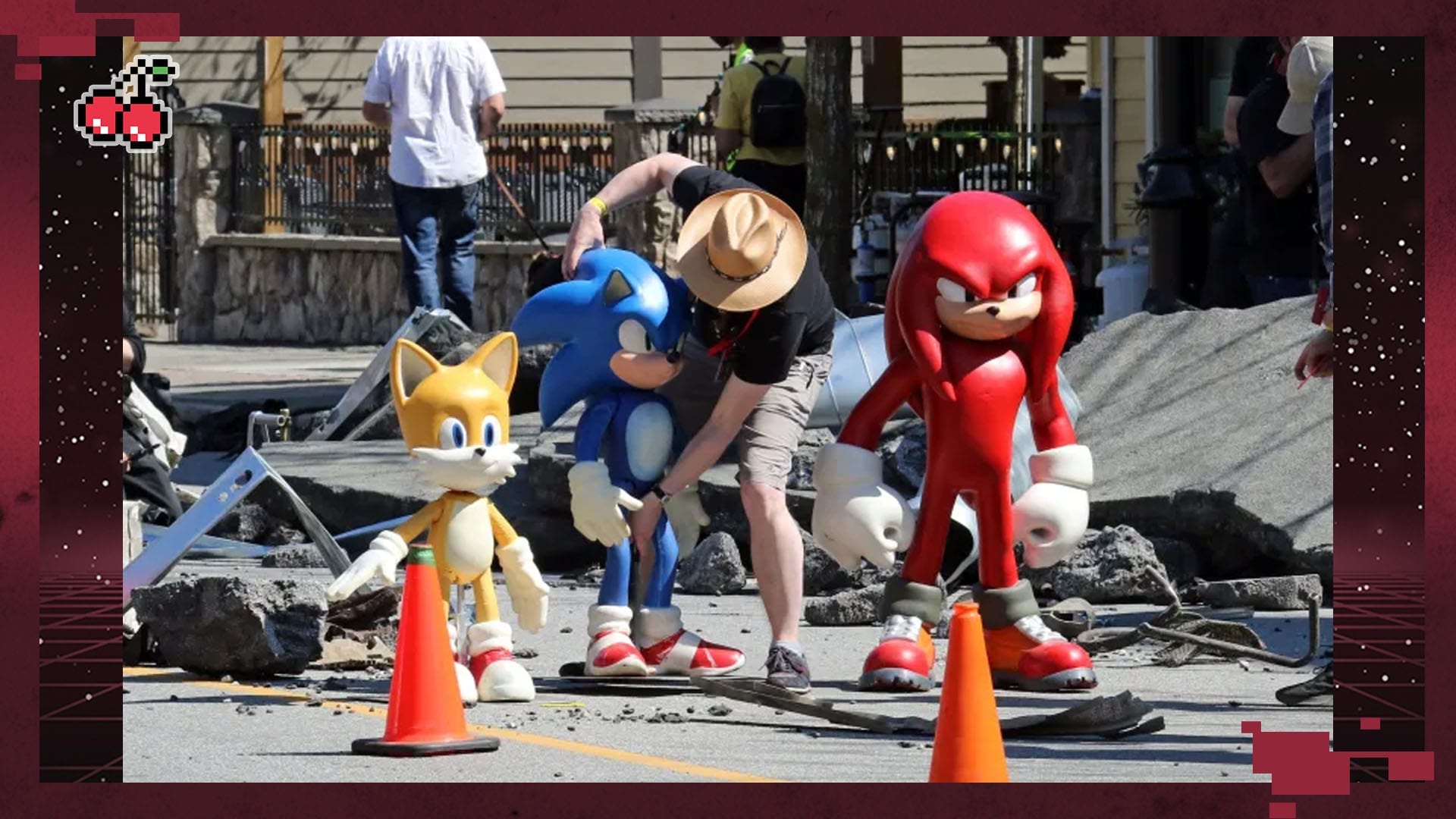 A Knuckles the Echidna prop has been spotted during filming for Sonic the Hedgehog 2, according to Tails’ Channel.

Spotted by @pursuit23, the Sonic the Hedgehog movie sequel seems to be using full-sized figures of CGI characters during filming. However, while you’d perhaps expect to see a certain blue hedgehog and adorable fox pal at the scene, the series’ third musketeer also seems to be on set. The leaked photographs also feature Tika Sumpter and James Marsden on set, reprising their roles as Maddie and Tom Wachowski.

What Do We Know About Sonic The Hedgehog 2?

If you’re unfamiliar with the Sonic the Hedgehog games, Knuckles is a red “spiny anteater”. Originally, Knuckles was an antagonist, featuring in the 1994 game Sonic the Hedgehog 3. However, Sonic’s next Megadrive outing, Sonic & Knuckles, featured the Echidna as a playable protagonist. While Knuckles’ role in the new film is uncertain, the photographs seem to have the trio grouped together in a somewhat heroic fashion. Could this fan-favourite character be making a return?

Who Has Been Cast?

Knuckles rumours have been circulating for a while now. However, it’s important to remember that nothing has been confirmed yet, so take it with a pinch of salt.

Previously, we heard that Aquaman actor Jason Momoa had been offered a voice part for the character. Rumours also suggested that the character would have a prominent role in the new film. Again, no official announcements have been made about Knuckles’ appearance in the film or any potential voice actors. Could these images be a red herring?

Hopefully, we’ll hear more about Sonic’s second cinema outing in the coming months. While Knuckles’ involvement in the film has been essentially confirmed, the character’s role in the movie is still a mystery. We also don’t have official confirmation for Tails’ voice actor, even though Colleen Villard voices the first movies end credits scene. It’s likely we’ll hear official confirmation of this fan-favourite character sometime soon though.

Sonic The Hedgehog 2 is set to race its way into cinemas on the 8th of April 2022.