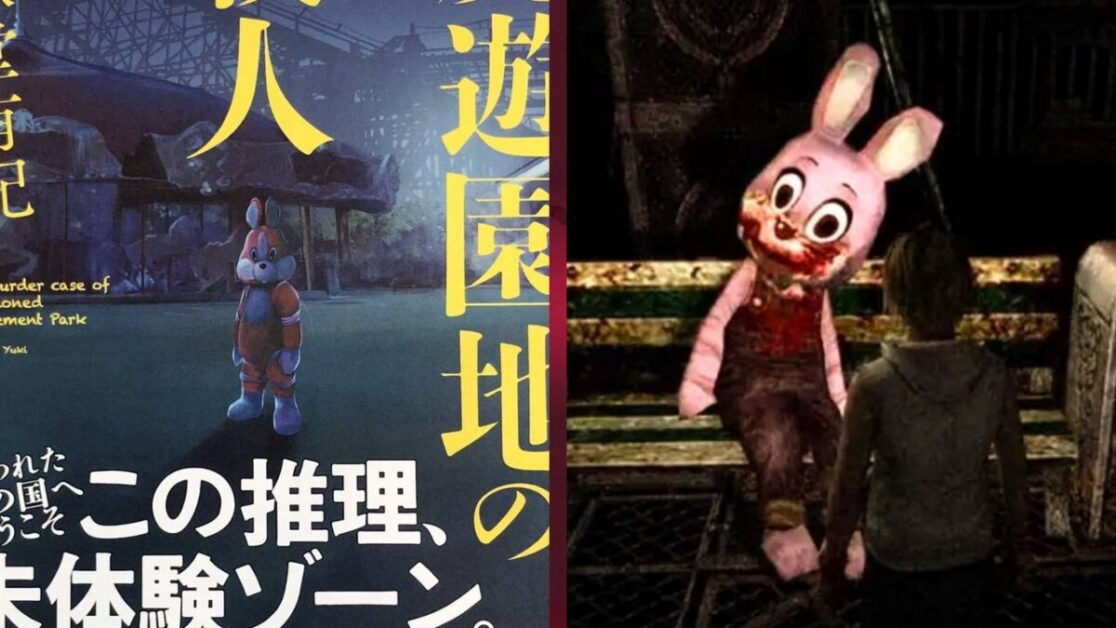 BlueBox Game Studios has had an interesting year. Not only has the company had to frequently deny its links to Hideo Kojima, but its upcoming game, Abandoned, has been steeped in marketing mystery. Now, thanks to a tweet by Hideo Kojima, conspiracy theorists are once again questioning whether Abandoned is actually Silent Hills [via GameInformer].

In a recent tweet, Kojima shared a proof copy of a book that was seemingly gifted to the Death Stranding creator. Nothing suspicious about that, right? Well, let’s have a look at what Kojima’s tweet actually says [translated via Twitter]:

“We received a gorgeous proof of “Murder in an abandoned amusement park” by Yuki Shashindo! Actually, the mystery of Mr. Shashindo is unread. Last year, I picked up “Paradise is the absence of a detective” many times. I missed the opportunity to read it. I’m sure he also recommended Bayan. I will entertain you”

Now, I know what you’re thinking; what does this have to do with Abandoned? Well, if you’ve been looking for even a scrap of evidence to link BlueBox Studios to Hideo Kojima, then you probably jumped straight to the word “abandoned” in the book’s title. Of course, if you’re a Silent Hill fan, you’ll already know that the book cover also shares similarities with the horror franchises third outing. Amusement Park? Check? Creepy bunny? Check.

Coincidence? Well, probably. Although, Kojima’s elusive tweet could still be linked to Silent Hills. The fact that Kojima’s tweet lines up with the anniversary of his P.T. demo adds fuel to the fire. Also, while the book’s ISBN is correctly formatted, it doesn’t seem to link to an actual published piece of work. Sure, the book’s a “proof” copy. However, I personally didn’t have much luck when trying to find out more about the author, either.

Okay, so, before we get caught up in yet another Abandoned conspiracy, the odds are still stacked against the game being Silent Hills. After all, logic suggests that the next Silent Hill game will be handled by both Konami and Bloober Team, especially since the two companies are actively working on an unannounced game.

Saying that, despite BlueBox Studios’ efforts to quash fan accusations, the company has repeatedly used obscure marketing tactics designed to fuel the rumour pyre. Last month, the developer released a simple logo image for the game that seemed to have a man with an eyepatch blurred out in the background. Again, if you’re a Kojima fan, you’ll instantly recognise this has Big Boss’ signature look. I mean, at this point, it seems like either BlueBox is deliberately trying to ensure its supposed link to Kojima stays intact.

Here’s hoping we can lay this whole Abandoned Silent Hill charade to rest soon. Many fans were hoping that BlueBox’s “real-time experience” would help add clarity to the situation. However, the app has seen a myriad of technical issues that we’re still all left scratching our heads.

Regardless of whether Abandoned ends up being a secret Kojima Konami project, it’s worth remembering that BlueBox Studios, as far as we know, comprises real people. Therefore, please be respectful towards everyone involved.

What do you make of Hideo Kojima’s tweet? Let us know via our social media channels!

Don’t forget you can find great games and more on the GameByte Shop! Our store is stocked up with the latest games, merch and accessories. In fact. we might even have a new-gen console or two! Sign up to our newsletter to be notified of our console drops, deals and more. However, please note the GameByte Shop is available for UK customers only.