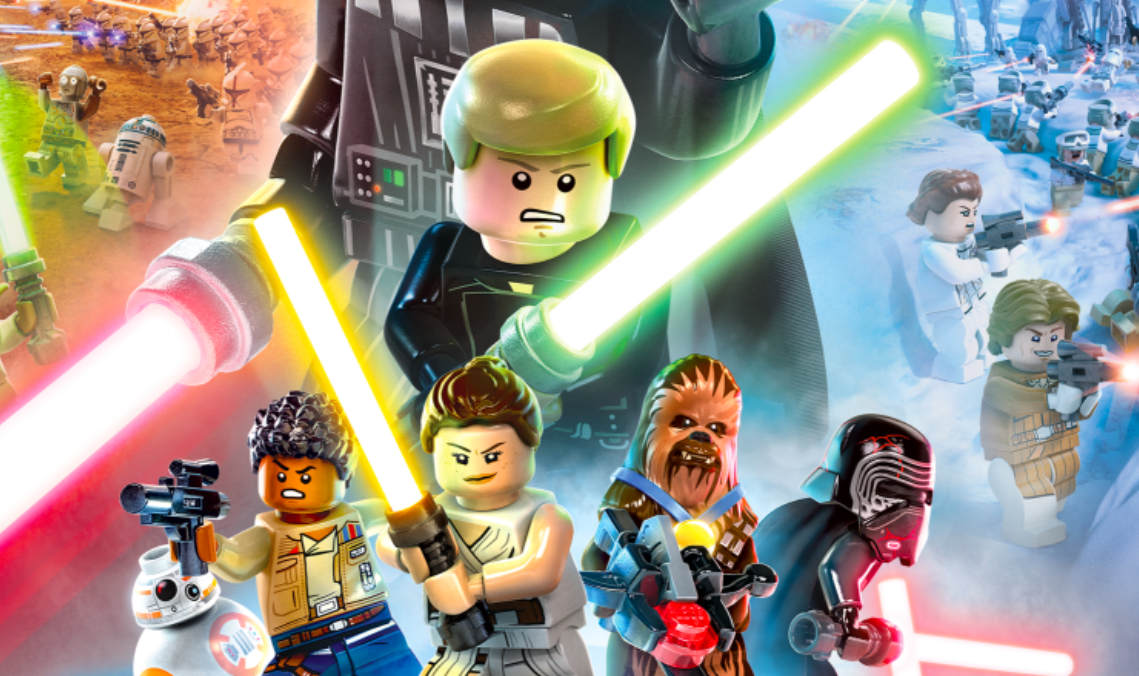 In celebration of May 4th, a.k.a Star Wars day, the LEGO company has revealed a brand-new Star Wars title will be joining the series. LEGO Star Wars: The Skywalker Saga will focus not just on the latest trilogy, but will in fact cover ALL NINE of the existing SW trilogy movies!

Developer TT Games shared a beautiful image from the upcoming game on their official website, confirming some new detail about the title.

The company said: “Players can fight against the forces of evil as favourite characters such as Luke Skywalker, Princess Leia, Rey, Finn, BB-8 and a legion of other heroes, or turn to the dark side as Darth Vader, Kylo Ren, and more.

“Thrilling locales also serve as a backdrop to the action-packed key art as players can engage in some of the films’ most legendary battles. From the landmark start to the Clone Wars in the Battle of Geonosis to manning an Alliance snowspeeder at the Battle of Hoth to take on the Imperial’s treacherous ground forces, generations of Star Wars™ lore and fandom will collide in LEGO® Star Wars™: The Skywalker Saga.

“LEGO® Star Wars™: The Skywalker Saga is set to release later this year, and more information on the game will come this summer.”

If there’s one thing I love, it’s a LEGO game! Check out all the latest on LEGO Star Wars: The Skywalker Saga over on the official TT Games website right here.

With E3 2020 cancelled, it’s hard to predict when we might be seeing a trailer, but hopefully we’ll hear more in the coming weeks. Are you excited for this launch?